MARSCHALL: Looking at the American Culture Wars From Abroad 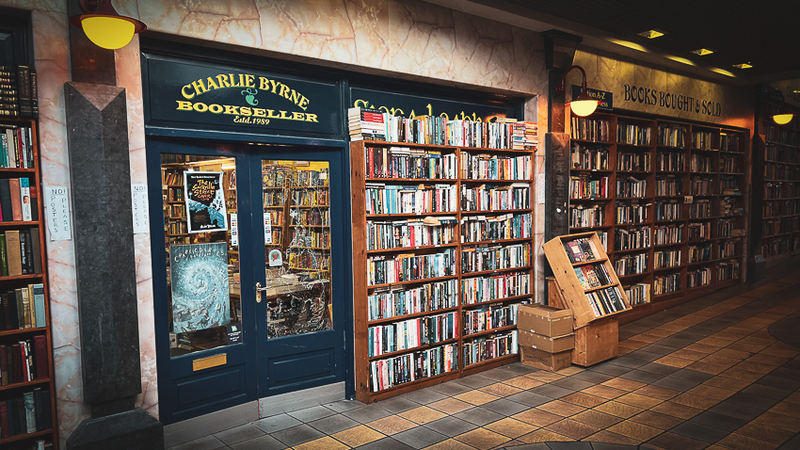 N/A by N/A is licensed under N/A
Last week, I walked from the center of Galway, Ireland, on the republic’s jagged west coast, out to the lighthouse on Mutton Island. North America laid westward from this edge of Europe; the entirety of the Old World behind me.

If I was not going to head to North America, I could go no further.

The Republic of Ireland is a peculiarity in Europe. It is the only Western European nation to have been colonized during the 19th century. Placards in Galway and Dublin museums recount the suffering under English domination and the struggle for independence from the United Kingdom.

Ireland’s public institutions attest to a Celtic people that could go no further in Europe. Before the Romans, Celts inhabited swaths of Northern Europe stretching east to west. Gradually, the Celts lost their lands to enemies and eventually remained concentrated on the western edge of Europe: today particularly in Brittany, Wales, Scotland, Ireland, the Isle of Mann, and Cornwall.

Ireland’s west coast, which has acted as a springboard for millions of immigrants escaping poverty, persecution, and famine, is also a rampart for one the continent’s most ancient peoples. The effects of the latter are obvious. 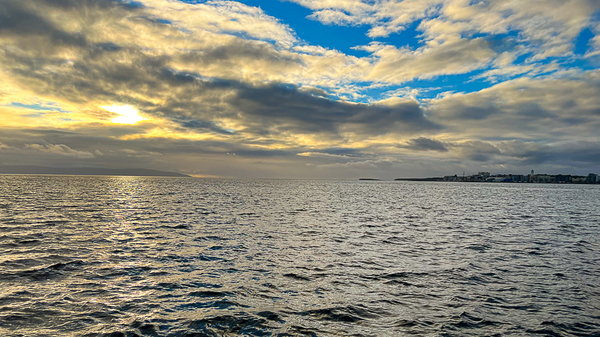 
Galway’s economy has a parochial nature that reflects generations of deep cultural roots in the area. Galway is distinctively home to numerous small and local businesses that seem anachronistic to tourists coming from American suburbia. Locally owned bookstores, butcheries, salons, and greengrocers appear to outnumber the respective retail chains heavily. The shops are there and not moving.

But the concept of ‘nowhere else to go’ is not a refrain exclusively applied to Ireland. The context may be different and unmarked by sectarian violence in the United States, but the conviction is also central to American conservatism.

The United States welcomed millions of poor immigrants who left Europe, but it is no longer the young New World. The country has matured. With that maturity comes the realization that there is nowhere left to go if American freedoms or liberties fail.

There is no New World anymore.

Should socialism take hold this country, we cannot run away from it for a better alternative. Our coasts are not springboards for better lives – they encase the values and traditions that make the United States uniquely free.

American conservatism understands this predicament and consequently fights for the social institutions, norms, and practices that contribute to cultural permanence and stability. True conservatism views Galway’s shops with envy because the same liberalism that cleared out the pews in the last century has also stripped Main Streets bare in favor of corporations that now profess the New Woke Religion.

In the United States, the 2020 and 2022 electoral maps look and feel different than they did in the last two decades because Americans are searching for smaller, affordable cities with stronger social bonds and higher qualities of life.

Florida is now thoroughly red because people are flocking to areas with higher degrees of freedom from oppressive taxes, crime, and broken public education systems. California ran out of U-Hauls earlier this year due to mass exodus. With nowhere better to go than the United States, Americans are flocking to once second-and third-tier cities including Austin, Denver, Fargo, Nashville, Phoenix, and Salt Lake City in search of cultural and political revitalization.

On the island of Ireland, cultural identity and politics are linked to the vertical divide between Northern Ireland and the Republic of Ireland. Although relations are much improved since the Good Friday Agreement in 1998, exhibitions at Dublin Castle and the National Gallery of Ireland feature raw memories of the Irish Civil War and the Troubles.

Yet for every reference I encountered to the 1916 Easter Rising, I also came across a European Union emblem or flag on display. Anti-British sentiment in Ireland, which revealed itself last week during England’s World Cup matches, is matched by affinity for the European Union, which the United Kingdom left in 2020.

Irish culture has two gravitational pulls: one to its past as a colony and one to its future as a sovereign member state of the EU. The United States lacks this dual polarity.

Neither membership in NATO nor the United Nations give Americans meaning in the same way that the EU conveys to its citizens. Consequently, the United States’ global independent-ness heightens the intensity of this country’s culture wars. There is no ‘North American Union’ to look to for a sense of belonging or identity. Moreover, there is no other entity but the American government capable of safeguarding Americans’ freedoms.

The United States feels torn apart by public education, transgender ideology, abortion, illegal immigration, and social class because there is no better alternative available than this country. American conservatives know we must preserve our country’s best elements or risk losing their benefits forever.

Some Americans may choose to immigrate to other countries for a specific reason, but overall, citizens that move abroad lose something in the way of social mobility, freedom of speech, or freedom of religion.
As a result, American conservatives who understand the value and purpose of cultural permanence are clamoring for stronger social institutions including the nuclear family unit, churches, volunteer associations, and vibrant Main Streets.

These entities create a sense of place and belonging. They help produce shared cultural identities that transcend political differences. The United States is no longer the New World, but it still serves that purpose for those that want a better life. That singular, non-substitutable promise of freedom and liberty is what makes our culture wars so deep and divisive.