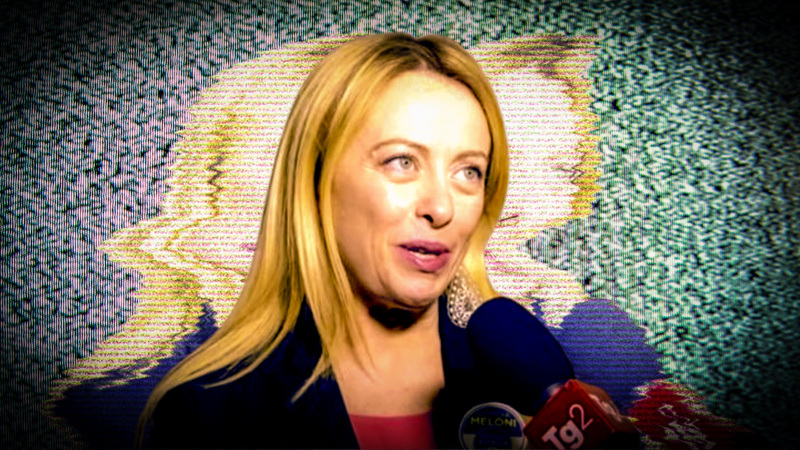 Americans only have to look at their towns’ Main Streets to understand why Giorgia Meloni triumphed in Italy’s elections on Sunday.

The Brothers of Italy leader, who has been labeled a neo-fascist in the mold of Italian dictator Benito Mussolini, has argued in a now-viral speech that the secular – progressive – left wants to turn people into “perfect consumer slaves.”

Meloni is striking a chord because her prognosis is so precise, so penetrating, and so true that it transcends national boundaries.

Italian progressives want to rob their countrymen of their national identity and replace it with a socially constructed one to be “perfect consumer slaves,” Meloni argues.

Meloni concludes, “Because when I am only a number, when I no longer have an identity or roots, then I will be the perfect slave at the mercy of financial speculators.”

For years, American businesses have used corporate virtue signaling to turn their customers into docile consumers compliant with the woke agenda.

I travel a lot for work and often find momentary refuge in local bookstores and coffee shops. I’ve lost count at the number of coffee shops displaying Progress (Pride) Flags, Black Lives Matter signs, or anti-racism statements. Nearly every independent bookshop I’ve ventured into contains signs iterating on the phrase “Continue Your Anti-Racist Journey This Way” with an arrow leading the customers – I mean sheep – to the next aisle of curated progressive propaganda.

Meloni is making an observation about the commercialization of leftist gaslighting. The process unfolds when businesses naturalize progressive policies and slogans through signs, banners, and affirmations on social media. The businesses present these positions as unimpeachable and compliance with them a condition for consuming goods.

Starbucks is the exemplar for producing “perfect consumer slaves” in America.

In 2018, it held a nationwide “Racial Bias Education” training day and subsequently opened it bathrooms and sitting areas to everyone regardless if they were customers.

The Black Lives Matter and Defund the Police movements inspired the curriculum. In the furor of unlearning everything to be perfect anti-racists, Starbucks and other companies unthinkingly embraced these platforms.

Defund the Police has been an unmitigated disaster that has made America’s crime problem worse.

Against my better judgment, I was in San Francisco in September 2021 and went into a Starbucks, where I witnessed an employee throw out a mentally ill homeless person trying to shoot up in the restroom. The employee was Black, and the homeless person was White. Crime and loitering are real complex problems; they are not solved by assuming that fixed racial stereotypes explain everything, which undergirds the logic of such bias trainings.

Just two months ago, Starbucks announced it was closing 16 stores across the country due to crime. The company is also reintroducing bathroom locks. This update is good because it at least recognizes the danger consumers and hourly employees had to suffer.

In March 2022, I walked into one Manchester, New Hampshire, Starbucks that had about a dozen of both flags on a streamer in the window. Evidently, they were hung by an enthusiastic employee who didn’t know which flag was more politically correct but sure wanted a lot of them.

The same progressives who display the flags and banners are the ones who scream ‘Christian nationalist’ or “ semi-fascism ” whenever someone professes their faith or patriotism.

I am Jewish and the grandson of a Holocaust survivor. These secular progressives are not the crusading social justice warriors that they imagine themselves to be. They are the collective ‘boy (or girl, or they) who cried fascist.’

And it is from this delusional hysteria that conservative politicians like Giorgia Meloni, America’s Donald Trump, and Hungary’s Viktor Orbán derive their electoral successes. These populists touch on truths that ail their respective countries, which their political opponents in all-consuming opposition refuse to acknowledge.

Leftist, liberals, and centrists who rail against politicians like Meloni cannot separate their hatred from reality. It is entirely possible to criticize Meloni for her policies while acknowledging that the left practices an identity politics that disallows certain expressions of belonging and individualism. In 2016, it was possible to dislike Trump and admit that he was right about our crumbling infrastructure.

When non-conservatives refuse to acknowledge what is in front of them and then double down in their opposition, they gaslight the other half of the country into silence about values and traditions that were until recently widely celebrated.

Only historically recently have progressives equated national identity with fascism, which both Columbia University Professor Robert O. Paxton and Hunter College Professor Benjamin Carter Hett define as the population living in service to the state under authoritarian and corporatist rule.

Leftists omit those governmental conditions when they accuse opponents of political extremism. In fact, leftists who use corporate virtue signaling to encourage state action on progressive agendas are employing totalitarian politics without appreciating the irony.

The Progress Flag hanging in the local shop’s window is not a symbol a hope – it is a symbol of elite-driven totalitarian politics coming from the left. And that is what Meloni is objecting to when she speaks about the perfect consumer’s new secular identities.

Those in the middle between leftists and conservative populists like Meloni and Trump need to develop a new skill set to understand what is happening across the West.

In addition to critical thinking and critical reading skills, citizens need to develop what I call “critical observance” skills.

Meloni and Trump found the content for their speeches by observing their respective countries. Meloni saw speech being conditioned and Trump saw bridges that could collapse.

There is a reason American businesses have succeeded in promoting radical agendas that alienate most Americans without suffering financial losses. There is a reason why no one publicly objects to the political banners in store windows but half the nation votes against those platforms.

Ask yourself why and you’ll soon discover the answer. The explanation transcends political difference. Those in the middle only give the far left more power when, through anti-conservative bias, they refuse to see and comprehend what exists around them.