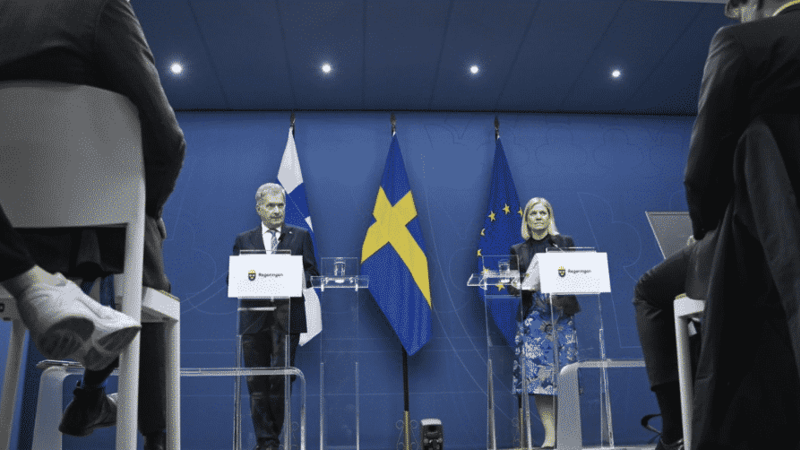 The U.S. State Department announced Monday that Finland and Sweden had met the qualifications for joining NATO and are ready to join the organization.

The claim comes despite recent statements from Turkishstrongman Reccip Tayyip Erdogan opposing Sweden's membership due to a recent protest near the Turkish embassy in Stockholm that involved burning a copy of the Koran.

Speaking to reporters, State Department spokesperson Ned Price condemned the book burning as a deeply disrespectful act, adding that "something can be lawful but awful."

“We have a saying in this country – something can be lawful but awful. I think in this case, what we’ve seen in the context of Sweden falls into that category,”

Meanwhile, Erdogan said in response to the reports that "those who allow such blasphemy in front of our embassy can no longer expect our support for their NATO membership."

“If you love members of terrorist organizations and enemies of Islam so much and protect them, then we advise you to seek their support for your countries’ security," he continued.

Swedish foreign minister Tobias Billstrom declined to comment Erdoğan’s remarks but said the issue would ultimately be resolved. “Sweden will respect the agreement that exists between Sweden, Finland and Turkey regarding our Nato membership,” he said.

Sweden and Finland submitted applications to join NATO last year as a response to Russia's invasion of Ukraine. However, their bids must be approved and ratified by all 30 member states. Turkey has previously stated that Sweden must first take a stronger stance against groups it considers to be terrorist organizations, including Kurdish militants and those it holds responsible for a 2016 coup attempt in Turkey.

Turkey and Hungary are currently the only NATO members that have not ratified Sweden and Finland's decision to abandon their tradition of military non-alignment.

“Ultimately, this is a decision and consensus that Finland and Sweden are going to have to reach with Turkey,” Price added.