EXCERPT: Sneaking In a Spy– A Look at the Inside Story of the 2020 Election 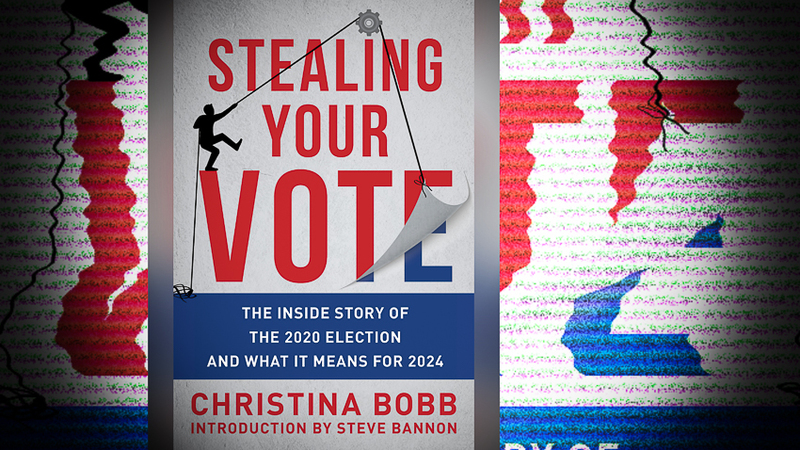 stealing your vote
The following is an excerpt from Stealing Your Vote: The Inside Story of the 2020 Election and What It Means for 2024, by Christina Bobb, who currently serves as attorney for President Donald J. Trump. It is an investigative report into what truly happened in the 2020 elections and the cover-up that followed, and what we must do now as our next presidential election approaches.

Stealing Your Vote tells the story of corruption within the Democratic Party—but also reveals the cowardice throughout the Republican Party, as fat and happy politicians from both parties desperately worked to protect the status quo. Bobb also tells the story of a handful of brave patriots who tried, and continue trying, to find out just what happened in 2020.

There were plenty of people making the [Arizona] audit as difficult as possible. Arizona Secretary of State Katie Hobbs initially seemed to pretend that the Senate wasn’t even conducting an audit. She seemed to be under the impression that if she ignored it, the rest of the country would too. Once she realized that wasn’t working, someone from her team tried to sneak into the audit.

The story, as told to me by security at the audit, goes like this. Security became suspicious when a man tried to gain access to the audit as a member of the press, but showed up without any camera equipment. They asked for his media credentials, and he pulled out what appeared to be either a fake ID or a fake network. Security asked him to pull up the network’s website or confirm the network was real and that he was who he said he was. He opted instead to leave.

Christina Bobb, author of Stealing Your Vote: The Inside Story of the 2020 Election and What It Means for 2024 , is an investigative reporter, attorney, and former television show host and correspondent with One America News Network, where she reported almost exclusively on election integrity. Christina began her legal career in the United States Marine Corps, serving as a defense counsel representing marines and sailors in court-martial and administrative separation hearings. Christina currently serves as attorney for President Donald J. Trump.