Don Jr. Launches 'Triggered' Podcast: 'For The First Time in Recent History, We Are Winning' 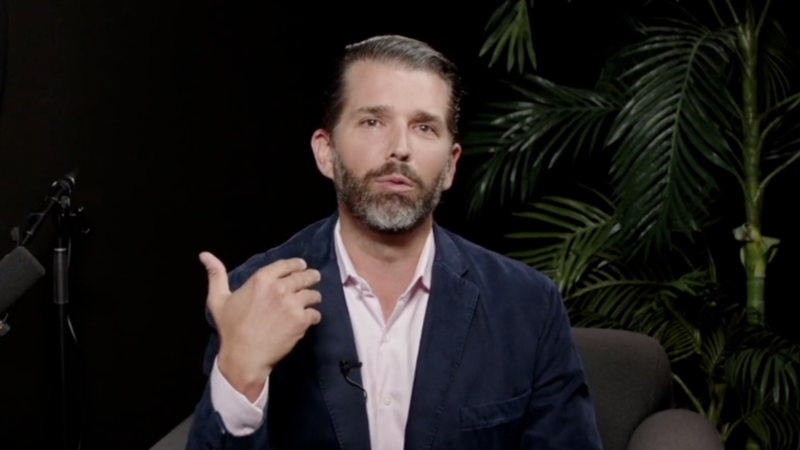 Donald Trump Jr. launched his new show Triggered exclusively on the streaming platform Rumble on Monday evening, promising to make it a space where conservatives can help take the fight to the left in the culture war.

Trump Jr. opened his show by discussing how the multi-year, multimillion-dollar podcast deal with Rumble will promote the values of free speech and censorship resistance that he so strongly believes in.

"I am super psyched to be doing this," he said. "I'm on Rumble because it is one of the few platforms that is out there that doesn't censor people. They actually believe in that notion of free speech. I'm excited to stand for a platform that actually stands for and believes the things I believe."

"I'm excited to talk about the stories that other people aren't willing to talk about, aren't able to talk about, have been paid and paid for not to talk about, and I'm also the guy that will probably take it a bit further than most," he continued. "I think I'll have a unique perspective on so many of the things we'll be talking about."

Trump Jr. also argued the growth of Rumble combined with the decline of some of the largest entertainment companies showed that conservatives have finally started making gains in the culture war.

"I think for the first time in recent history, we are actually winning," he said, using the recent struggles of Disney and Netflix as examples of the public rejecting woke corporate culture and virtue signaling.

In an interview last week with Breitbart News, Don Jr. discussed how the podcast's presence on Rumble would help build up the "parallel economy" of platforms and companies that do not silence conservative voices.