You're Welcome, Sheila! You Only Have Free Speech because of Dead White Guys! 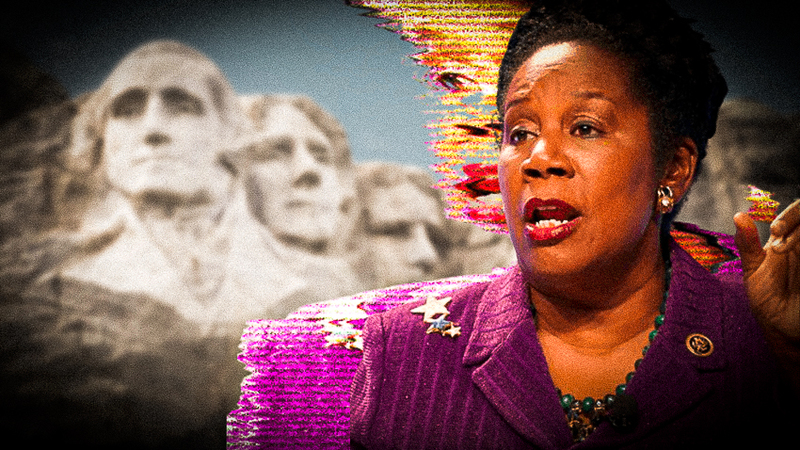 jackson lee
Texas Rep. Sheila Jackson Lee is on a new tear. She has filed a bill in the now Republican-controlled House that would go after what she defines as “hate speech.” That bill, if passed into law, would make this article a federal crime, and might make you a criminal if you shared it with anyone who then went on to commit a crime.

Any infringements on free speech codified into law have long been a political minefield. One person’s “hate speech” is another person’s inconvenient truth. One person’s reasonable objections can become targeted as harmful threats. For instance, during the darkest days of the COVID pandemic, you could be deplatformed from social media and lose your job for saying things that politicians found inconvenient but were in no way hateful or even harmful.

Speech codes that were once confined to leftwing university campuses have come to own newsrooms and dictate how pre-Musk Twitter crushed dissent from the far left’s most intolerant and unreasonable orthodoxies – orthodoxies that change with the political winds by the hour.

Into all of this history steps Rep. Jackson Lee. One of life's backbenchers. The title of her bill gives her game away: Leading Against White Supremacy Act of 2023. Her bill would target millions of Americans’ right to free speech based solely on their skin color. That’s quite obviously racist by definition.

Jackson Lee’s bill is nothing but an attempt to weaponize the federal government to exact revenge on people she hates because of their genetics. Perhaps she should add “Mugabe” to the end of her name, after the dictator who stole property from white farmers and destroyed the country of Zimbabwe.

Now, let’s be clear about a couple of things. Rep. Jackson Lee doesn’t know the top of her head from the surface of Mars. She once stated, from the well of Congress, that we have put humans on the Red Planet (we haven’t). She once said there are two Vietnams (there aren’t). She said the Constitution is 400 years old (it’s not).

She’s probably also totally unaware that she owes her office and the right of free speech to countless white men who made it happen. The right to free speech and the right to criticize your government simply was not a thing before the American Revolution. It had been argued for and written about in political treatises, and it had been fought over in wars, but the Declaration of Independence and the United States Constitution set forth the arguments for it and then made it the bedrock law of our land, respectively.

The Declaration and the Constitution were written and signed by white guys: Thomas Jefferson and James Madison, respectively were their principal authors. Apologies to Franklin, Adams, Hamilton and Jay (more white guys). They were paid for in blood by white men, under the command of a white man, George Washington, who leftists like Jackson Lee want written out of history.

Jackson Lee’s bill is a very targeted attack on Americans’ rights to speak out on very specific issues including border security or criticize positions held by someone who is a minority (such as Jackson Lee). According to the National File, “if federal investigators determine that the web postings of a third party had ‘inspire[d]’ someone else, even someone they don’t know, to commit a federal hate crime, that person would be arrested, and federally charged with a hate crime of their own.”

Charged with a federal crime, for a Tweet for Facebook post? Yes. That is what the most hated boss in Washington and the most historically ignorant member of the legislative branch wants to do.

Sheila Jackson Lee is a ridiculous clown but her overt assault on free speech is far from funny. It’s the kind of nightmare spawned in the hell of Stalin’s Soviet Union or Maoist China.


A.J. Rice, is President & CEO of Publius PR, Editor-in-Chief of The Publius National Post, and author of the #1 Amazon bestseller, The Woking Dead: How Society's Vogue Virus Destroys Our Culture.