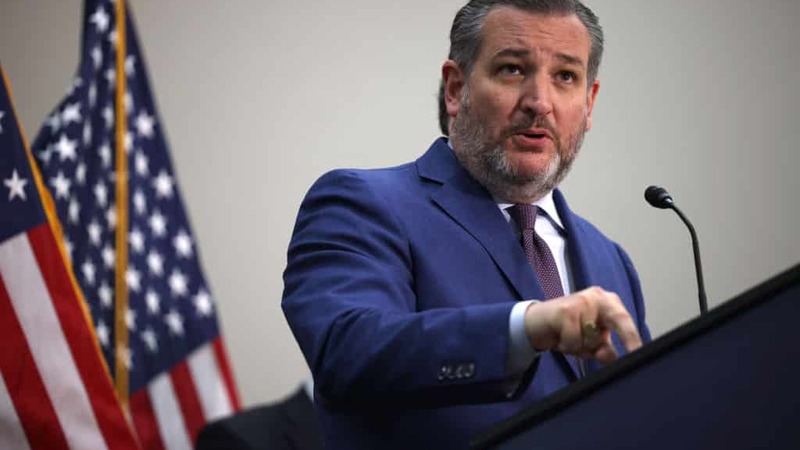 Sen. Cruz Introduces Bill to Block Federal Funding for Critical Race Theory Training by Human Events
Sen. Ted Cruz (R-TX) is to reintroduce a bill aimed at reinstating military service members who were wrongly dismissed due to President Biden's vaccine mandates, declaring that he "will never stop fighting" for them.

The bill, known as the AMERICANS Act, is being reintroduced to the Senate with the support of 12 of Cruz's colleagues. During an interview with Fox News Digital, Cruz said that the GOP "won a tremendous victory in the NDAA by finally stopping Joe Biden's abusive COVID vaccine mandates that he had used to fire thousands of soldiers, sailors, airmen, Marines and Coast Guardsmen."


"That victory is worth celebrating," Cruz said. "That no more will servicemen and women be forced to choose between continuing to defend our nation and following their own conscience on questions of religious liberty and personal health care choices."

"Unfortunately, that legislation that was passed was prospective only," the Texas senator continued. "It stopped the mandate going forward, but it didn't provide relief to the thousands of servicemen and women who were wrongfully fired, who were targeted for demotion, for forced retirements, for termination."

"My legislation would provide relief to every one of those servicemen and women, would provide an avenue for those who want to return to service to be reinstated at their prior rank with full benefits. And for those who choose not to return to service, to ensure that their discharge is honorable, rather than merely a general discharge, and ensure that they receive the full benefits that they have earned defending our nation."

Cruz expressed hopes his bill will pass the Senate despite the slim Democratic majority and expressed disappointment at the lack of support from his Democratic colleagues. He also mentioned he is looking forward to working with Rep. Dan Bishop, a Republican from North Carolina, to pass a companion bill in the GOP-controlled House.

"Unfortunately, some Senate Democrats have demonstrated over and over again that they are not willing to fight for the servicemen and women wrongfully targeted by the Biden administration for termination over the COVID vaccine," Cruz said. "That's been deeply disappointing. It may be different with a Republican majority in the House. Dan Bishop has introduced the companion bill in the House and I look forward to working with Dan to press to pass this into law."

Specifically, the bill will prevent the Secretary of Defense from implementing a COVID-19 vaccine mandate without congressional approval. It also requires the Department of Defense to reinstate service members who were dismissed due to the mandate and wish to return to service.

The bill also stipulates that the time fired from the military must be included in retirement pay calculations, rank, pay and benefits must be restored for service members demoted due to the mandate and general discharges must be adjusted to honorable. The AMERICANS Act also includes provisions for service members who have natural immunity, health conditions, or sincerely-held religious beliefs against vaccination to be granted exemptions from the mandate.

Cruz is reintroducing the bill with the support of 12 of his Republican colleagues: Mike Crapo and James Risch of Idaho, Kevin Cramer of North Dakota, Marsha Blackburn of Tennessee, Roger Marshall of Kansas, Mike Lee of Utah, Rick Scott of Florida, Cindy Hyde-Smith of Mississippi, Mike Braun of Indiana, Steve Daines of Montana, and Rand Paul of Kentucky.