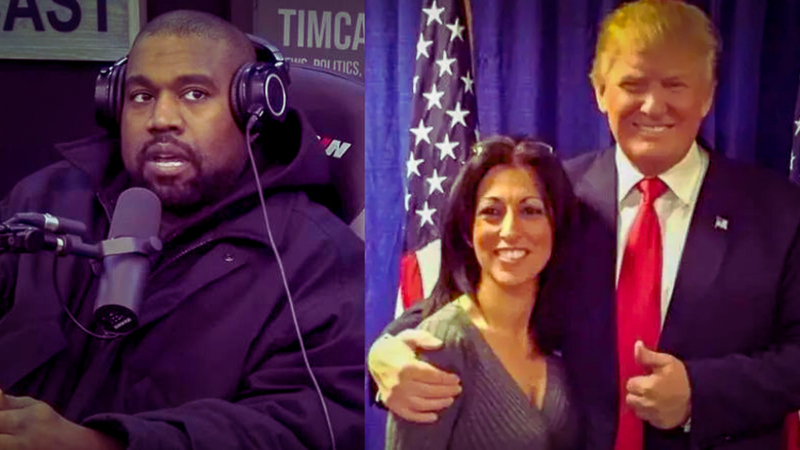 giorno
This article was originally published at The Post Millennial, a part of the Human Events Media Group.
*****

It was barely a week ago that Kanye West and two guests sat down with Donald Trump to share Thanksgiving dinner at his Mar-a-Lago home. That dinner was instantly the subject of controversy, as one of West’s guests, Nick Fuentes, has espoused racist and anti-semitic views, as well as was in attendance at the notorious Unite the Right rally in Charlottesville, Virg. in 2017. The other guest of West was former Trump aide Karen Giorno.

As soon as West, now known as Ye, left the dinner, he posted a video detailing the experience, saying that his intention in meeting with Trump was to ask him to be his running mate for a presidential bid in 2024. West indicated that he had been asked to leave Mar-a-Lago, which a source close to Trump corroborated to The Post Millennial.


The circumstances as to how West and his guests came to be at the former president’s home on Thanksgiving have been the subject of much speculation. YouTuber Tim Pool had West, Fuentes, and Milo Yiannopolous on his podcast Timcast IRL on Monday night to get to the bottom of it, only to have West bristle and walk out as soon as Pool pushed back against the anti-semitism expressed by West and Fuentes.


However, during the brief exchange Pool had with West and the entourage, West mentioned that his meeting with Trump had been scheduled since October, and had already been once postponed. He said that his connection with Yiannopolous began when Yiannopolous reached out to him after his notoriously anti-semitic tweet, and that it was Yiannopolous who brought Fuentes on board.

West also confirmed, as a source close to the president told The Post Millennial, that Trump did not know who Fuentes was when he sat down with him at dinner.

Pool posited on Tuesday night that perhaps West and his entourage were planning an early episode walk-out, as they appeared to be able to charter a private jet back to LA, complete with a ready crew, with very little notice. Pool said that as West was leaving the studio grounds, he said he had done what he came to do.

Giorno also went public with her account of the dinner on Tuesday in a Twitter Spaces hosted by the account Crypto Lawyer, confirming much of what was said on Pool’s show, and corroborated what The Post Millennial learned.

Giorno responded to questions about her affiliation with Yiannopolous, saying that the two had known each other since Giorno worked as a consultant on Laura Loomer’s 2020 campaign. Giorno said that she was in the car with West and Fuentes on their way to Mar-a-Lago, and joined them for dinner with Trump. She said she sat to Trump’s right, since she was a former aide, and felt this would put him at ease.

"Do you think this was some kind of real Milo real grand successful plan? Do you think you were used?" Giorno was asked.

"Well, Milo actually said that I was," Giorno said, noting that "Milo actually went on the record" with Mark Caputo in an NBC piece on Tuesday. That is, in part, what led Giorno to go public herself.

"Milo said that he arranged the dinner ‘just to make Trump’s life miserable,’" Giorno said, quoting Yiannopolous from the Caputo article. "He was hoping that news of the dinner would leak and Trump would mishandle it. Nick Fuentes echoed that statement. And he said, ‘I hate to say it, but the chickens are coming home to roost.’ You know, this is the frustration with his base and with his true loyalists," she said.

"Milo and Nick have both admitted that it was a set-up," Giorno said.

As to why she attended the dinner, Giorno said she was curioius as to what the two men, West and Trump, would say to one another.