How Do We Avoid the Next FTX Cryptocurrency Collapse? 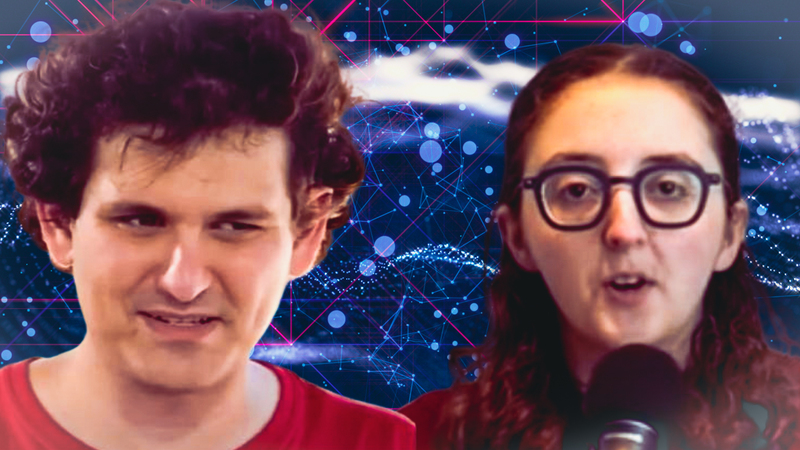 FTX
Recently, FTX, one of the world’s largest cryptocurrency exchanges, collapsed suddenly, leaving a several-billion-dollar hole and sending shockwaves through the entire digital asset industry. But weeks before the collapse, its founder hypocritically led a charge calling for more stringent regulations on the crypto space. He singled out DeFi, a technology segment of the industry that, funny enough, is our best hope at preventing similar disasters from occurring in the future.

First, what exactly happened? This story is extremely involved and intricate, but it was essentially a bank run, on an institution that was secretly insolvent and fraudulent. FTX essentially had fraudulently taken customer funds to speculate, and quickly ran out of money when customers came calling after a large holder of the company’s token (essentially stock) announced plans to sell. It’s a very long and involved story, but this article has a good timeline of events.

What’s interesting is the political connections held by Sam Bankman-Fried, FTX’s young founder. He was the second-largest single donor to the Democratic Party (behind only George Soros) this year, his parents had connections to leftist political causes, and his romantic interest and CEO of one of his companies Alameda Research, Caroline Ellison, has been said to have family ties to US Securities and Exchange Commission chair Gary Gensler. And recently before the untimely demise of his empire, Bankman-Fried made a public and controversial push for more regulations of the digital asset space.

Bankman-Fried used his position to push for regulations on the crypto industry, penning a list of regulatory recommendations last month titled Possible Digital Asset Industry Standards, where he laid out policy recommendations for everything from dealing with hacks to securities classifications. He specifically targeted DeFi, a product that basically does what his business did except in an automated and transparent way (more on that in a bit). He recommended DeFi be regulated similarly to financial institutions. These regulations were proposed under the auspices of making the space safer from fraud and theft, ironically by an individual who was at that time engaging in some of the most egregious and far-reaching fraud and theft we’ve seen in modern times.

And things could have been a lot worse if these crimes had been caught later down the road. Thankfully, because of the radical transparency built into cryptocurrencies by default, analysts were able to not only see that FTX’s assets were concentrated too heavily in its own token, but they were also able to spot a competitor, Binance (coincidentally the largest cryptocurrency exchange in existence), moving to sell all of its own holdings of FTX's token. This stirred up questions about what Binance founder Changpeng Zhao saw amiss, and when he confirmed the liquidation, the FTX bank run and subsequent collapse began. Without a fully-transparent public ledger allowing significant money movements like this to be observed, the contagion from FTX’s insolvency could potentially have spread much further.

Now it’s time to attempt to explain one of the more complicated and intricate parts of cryptocurrency: DeFi. An abbreviation for the concept of decentralized finance, DeFi basically does to the financial system what cryptocurrencies like Bitcoin do to money. Imagine any financial service like currency exchange, savings accounts, loans, and even more complex financial products, and make them automated and open to anyone to use. Instead of going to a currency exchange desk to change dollars into euros, simply connect to an app and the process happens automatically. Instead of opening a savings account in a bank, simply deposit into an automated system which pays you interest regularly, and from which you can withdraw at any time.

Consider DeFi like a vending machine: you can use it to buy a wide variety of goods and services with many different prices, all without interacting with another person or divulging your personal identity. Except imagine that anyone can not only buy, but also sell from the machine by stocking it with products. Everyone can clearly see prices and inventory. And because it’s open-source, the design specifications for the machine are public knowledge so that anyone can not only know how it works, but also build their own and even modify and improve the design.

The FTX collapse blindsided a lot of investors who simply had no idea that it was significantly insolvent for quite some time. This simply would be impossible with DeFi. To begin with, because of open-source code, the way these systems operate is written in intricate detail for the general public to see and analyze. Every single action of the system is entirely predictable: if X happens, the system will invariably do Y. Second, all the financials of the systems are entirely transparent. You don’t need to guess how much money is on the platform, or how much collateral is securing how much in loans. Everyone can see everything, except of course which individuals own which assets. Yes, hacks and code exploits are still possible, and yes, systems can still have poor economic design, and individual investors can still engage in risky behavior and eventually pay the price. But even these incidents will become rarer and rarer over time as the way the system works is observed and improved continually over time. Eventually, large-scale scandals like the FTX collapse will essentially become impossible as we transition to a financial system which has no secrets.

Not surprisingly, Bankman-Fried’s proposed regulations crack down pretty hard on DeFi. They would require DeFi front-ends (basically the websites and apps that people use to interact with these automated systems) to register as financial services providers and comply with all applicable regulations. These would include hiring compliance officers, collecting customer identity documents, hiring security experts to keep all this data safe, filtering out certain regions, reporting suspicious activity to law enforcement, and more, along with all the associated costs. It’s the equivalent of requiring all vending machines to have a storefront which keeps limited business hours, and a cashier to greet all customers only to direct them to an automated machine to make their purchases. That would turn a vending machine from an opportunity for innovation and efficiency to just another storefront except with a fancy, expensive, and useless machine in the back. The same goes for Bankman-Fried’s proposed regulations on DeFi. This effectively erases the efficiency gains of DeFi and gives the competitive advantage back to exchanges like FTX.

This is analogous to the battle of Uber vs. the taxi companies. Uber took a significant chunk of the operational costs of running a taxi business, automated it with app infrastructure, and created a net better, more efficient company with a superior product and price for end users. Under intense pressure from the taxi companies, regulators around the world pushed hard to place ridesharing under the same regulations as taxis. They ultimately failed because of Uber’s aggressive expansion strategy and pushback from their customers, and it’s up to us to make sure the same thing happens with DeFi before the same corrupt institutions that brought us the 2008 collapse ensure that we won’t escape to a new and better financial system.

Crypto had its 2008 moment, and the architect of this disaster led the push to regulate into oblivion the most promising solution for corruption and insolvency in the financial industry. If we want to keep our economy competitive and stable leading into the rest of this century, we have to make sure to keep the crypto industry, and particularly DeFi, as free-market as possible.