If Covid Response Taught Us Anything About Government, We'd Reject the Death Penalty for Drug Dealers 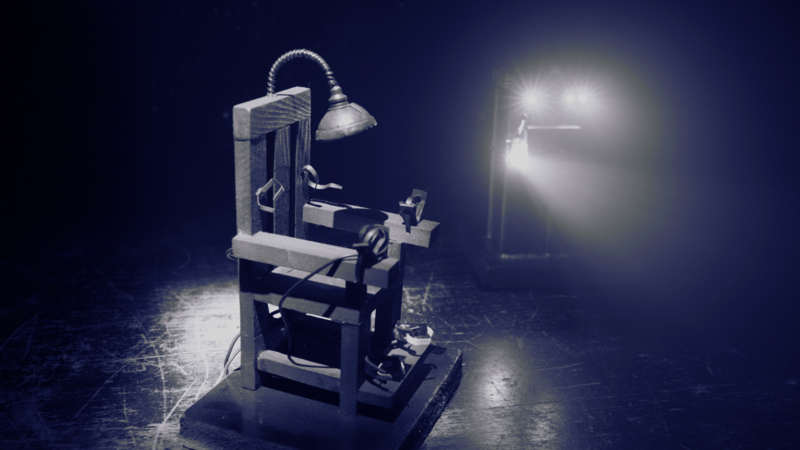 Electric Chair
Conservatives are typically keen on noticing the slippery slope of power given to the government that could be used against its citizens. We saw during the COVID-19 pandemic the slippery slope of allowing mandates to usurp the Constitution and how easily the narrative of protecting others could become the legitimization to excuse the callousness of politicians.

During Donald Trump’s announcement to run for the presidency for the third time, he provided a talking point that I never thought I would hear stated as a point of interest stated by an American politician: the execution of drug dealers.

“We’re going to be asking everyone who sells drugs, gets caught selling drugs to receive the death penalty for their heinous acts.” This was followed by remarks about Trump’s conversation with China’s President Xi about China's drug problems, at which Trump suggested there was no problem.


There is no doubt that the introduction of fentanyl into the illegal drug market has been a destroyer to America, but advocating for the death of drug dealers is a short-sighted vision that will result in the growing acceptance of barbarism and provide the state with reasoning to kill American citizens.

Currently, the death penalty is only legal in 27 of the 50 states in the union (three of these have a current moratorium on carrying out executions), and death penalty cases typically have a higher level of scrutiny because it involves state-sanctioned killing. Our high standards for death penalty cases do not revolve around speculation of potential death, they are cases with clear evidence of an intent to commit murder.

Advocating for the death of drug dealers is the slippery slope to allowing the state to kill American citizens over simple speculation of death. In certain situations, there have been dealers who were charged with murder for providing tainted drugs but even these situations are below the bar we currently have for murderers on death row.

Swift action death penalty for drug dealers would allow corrupt prosecutors and government agencies to weaponize the prospect of death against Americans. Corrupt prosecutors could threaten simple possession cases with an upgrade of intent to sell for compliance. The lowered standard to take the life of an American citizen by the state could be weaponized by the government to target citizens and political adversaries.

If we’ve learned anything from the response to COVID-19 it’s that you do not allow government more power because it will find a way to abuse it. If the new standard of the death penalty is whether any activity provides mortal harm within a society, we could apply this incredibly low standard to nearly any industry.

We wouldn’t hang McDonald’s workers for providing the food which contributed to the death of many who died from diabetes. Why? Because they chose to consume their products. Whether we like it or not, drug usage is a voluntary act, addiction or not. Without the demand for illegal drugs, there would be no impetus for supply. Every user’s situation is different and my intention isn’t to minimize their troubles but we can’t pretend that they have no part in the market.

What I find interesting about the entire prospect set by Trump is that he uses China, the nation he’s the most adversarial with, as his example of a drug-free society. Trump wouldn’t believe China with anything else, but he believes that there are no issues revolving around drugs there? China, the source of the majority of fentanyl being manufactured for the Mexican cartels, has zero issues with drug usage?

Ironically, Trump’s main policy positions revolving around securing the southern border and placing penalties on China would be a greater positive impact to slow down the supply of fentanyl without introducing barbarism into American society.

If Trump continues with this as one of his main advocacies, it would only provide the Democrats with a convenient new narrative that Donald Trump wants to kill poor people and minorities. The political optics would be daunting, as Trump's adversaries could equate him to Rodrigo Duerte and repeatedly play commercials with images of black people behind bars with a haunting voice narrating how Trump wants them dead.

Drug dealers should be prosecuted to the fullest extent of the law, but extending that law to an unprecedented death sentence would be a massive expansion granted to the state for punishing American citizens.

Conservatives can’t complain about the progressive approach to our war against drugs if we provide them with ammunition. The bloodlust for the ending of the life of drug dealers will not work in the way that many believe, because once power is granted to the state, you no longer have a say in the application: bureaucrats do.

Draconian laws never appropriately impact the people who are at the top of the food chain, they simply provide an excuse for tyranny amongst the people at the bottom.

This concept is worse than a slippery slope, it’s a fireman’s pole slathered with grease.

An all-the-above policy, while sounding beguilingly attractive, is an unhelpful concession to those h...

Kulaks were called 'vampires,' 'bloodsuckers,' and 'class enemies' in order to rev up the starving, d...

"This hinders our ability to protect the American people from criminal acts ranging from cyber-attack...

The exchange will go down as another humiliation for American foreign policy....