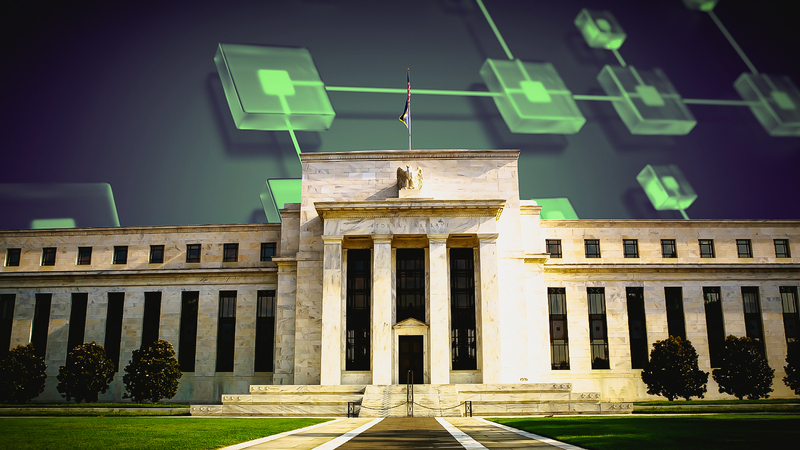 cbdc
China pioneered the modern social credit system, where citizens’ every thought is used to determine their access to essential societal functions such as transportation and using their own money. Unfortunately, a system just like this is on the verge of being implemented in the United States, but the American public has been kept completely in the dark. A central bank digital currency, or CBDC, poses a very real threat to our most basic freedoms we enjoy under the Constitution. It’s imperative that we keep the emerging decentralized digital asset space as lightly regulated as possible so that free market alternatives can take hold before a CBDC does.

First, let’s break down what a CBDC is. A CBDC is essentially a cryptocurrency that’s run entirely by a central bank. This makes it different from cryptocurrencies such as Bitcoin and Ethereum which are popular today. Cryptocurrencies are global digital public ledgers of transactions, or in other words, a big online public spreadsheet of payments that anyone can see or use. A key component of most is that they’re built around a decentralized structure, meaning that they’re run by a large and diverse set of entities with no one party able to control the network. Also, they’re pseudonymous, meaning that users aren’t tied to their real-world identities.

Much of the crypto industry’s innovation goes into making a decentralized system work efficiently. A CBDC, on the other hand, isn’t decentralized, and therefore doesn’t need to deal with the limitations of most cryptocurrencies. The public ledger would be managed by one group, which decides who gets to use it and under which conditions. Also, all accounts and transactions would be linked to real-world identities.

It’s important to note that, in a way, we already use a digital currency issued by a central bank. The Federal Reserve issues the US dollar, which we mostly transact with digitally. The difference is that, currently, separate payment rails process the transactions themselves: banks store our money, and VISA, Mastercard, the SWIFT network, and so on are responsible for moving it to its final destination when we make payments. Under a CBDC, the Federal Reserve would handle everything. This makes the financial system much more efficient and streamlined by cutting out a plethora of middlemen and upgrading to modern technology. It also gives the entity responsible for printing the money total control over our financial lives, meaning that the exact same people who have been inflating our life savings away would be able to directly control how we spend it.

Fears of moving to a social credit system aren’t overblown, either. Already we’re starting to see our behavior and politics start to be used against us to restrict our ability to use our own money. PayPal recently implemented a policy allowing them to confiscate $2,500 of user funds if they commit violations of the terms of service including spreading “false, inaccurate or misleading information”, a policy that was quickly pulled following mass outcry but subsequently reinstated when the furor died down. Visa has begun flagging purchases of firearms, allowing the payments giant to single out law-abiding gun owners. And countless voices expressing viewpoints deemed dangerous have been deplatformed from a variety of financial services, including InfoWars experiencing mass deplatforming, YouTube creators expressing certain COVID views and losing their monetization status,  and endless other examples. The difference now is that we can usually switch providers to a bank or service that will work with us. It takes work pressuring a vast network of payment processors and financial services apps, not all of whom are aligned with the left-wing agenda, to really stop us from using our money. Yes, the censors are increasingly able to succeed in this, but we still have a chance.

Things are very different under a CBDC regime. When the same entity issues the money, issues user accounts, and processes payments, all on a public and easily-searchable database, censorship and surveillance are child’s play. Express the wrong opinions? You can be deemed at risk of domestic terrorism and barred from accessing the gun store merchant category. Vote the wrong way? Hate speech, you’re barred from spending anything on media and advertising which could advance your “problematic” messaging. What if you hold the “correct” views but some friends and family members don’t? It will be trivial to trace interaction with flagged accounts and funds, placing you under suspicion. And finally, stimulus payments can be airdropped directly into people’s accounts on the basis of economic need, minority group status, or any number of factors, just as easily as hardworking white conservatives can be excluded. This is not only hypothetically possible, it’s happening right now with dollar-pegged cryptocurrencies that already exist. The privately-issued USD Coin programmatically can’t be sent to a banned list of recipients, a list which has more than tripled this year alone.

Thankfully, it’s not all bad news. The decentralized money revolution over the past ten or so years has been nothing short of incredible. An industry birthed from open-source software with an anonymous founder and no seed capital to speak of peaked at almost $3 trillion last year, and decentralized digital currencies are considered legal tender in two countries and accepted as payment by governments in at least two US states, and in several individual cities. I personally haven’t earned US dollars since 2015 (something I tried but failed to do with gold), and living on crypto gets easier every year. We’re very close to escaping the grim prospects of hyperinflation and financial censorship. But the powers that be are not giving up without a fight. Crypto regulation is starting to ramp up, from the Office of Foreign Assets Control blacklisting addresses associated with Ethereum’s privacy-preserving service Tornado Cash (and the arrest of one of its key developers) to the Securities and Exchange Commission taking an increasingly active role in targeting digital assets (including suing blockchain-based free speech platform LBRY). Several countries have moved forward with plans on implementing a CBDC, and the Federal Reserve is moving to establish its own. We’re essentially in a race to let the free system flourish and become the dominant one before we get subjected to a system more totalitarian than the one we’re increasingly finding ourselves in already.

Central bank digital currencies are coming. If they take hold as the dominant financial system in this country, we could quite quickly find ourselves under a totalitarian social credit score-based system of surveillance and censorship. It’s up to us to decide if we’re going to resist the implementation of CBDCs now, or when it’s already too late.

An all-the-above policy, while sounding beguilingly attractive, is an unhelpful concession to those h...

Kulaks were called 'vampires,' 'bloodsuckers,' and 'class enemies' in order to rev up the starving, d...

"This hinders our ability to protect the American people from criminal acts ranging from cyber-attack...

The exchange will go down as another humiliation for American foreign policy....