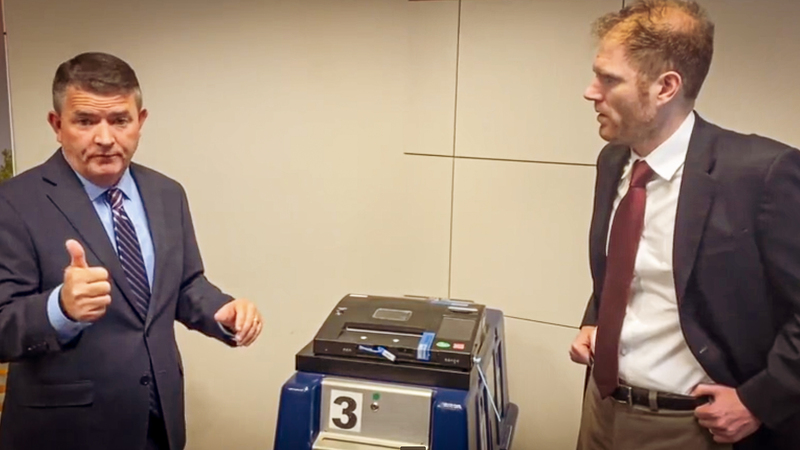 maricopa
This article was originally published at The Post Millennial, a part of the Human Events Media Group.
*****

On November 17, 2021, Meg Cunningham from the Kansas City Beacon tweeted that Richer, "the Maricopa County recorder, is launching a PAC to support Rs running for non-federal AZ offices who 'acknowledge the validity of the 2020 election and condemn the events of Jan. 6, 2021, as a terrible result of the lies told about the November election.'"

Richer retweeted her saying, "Thanks to a few generous donors this is now launching. Join me if you care about traditional Republican 'stuff' (free people, free markets, rule of law), but also don’t believe in conspiracies about the 2020 election or that Jan 6 was a tourist event."

The PAC called Pro Democracy Republicans of Arizona claims on their website that they are "fighting to keep our democratic institutions alive."

The website is sparse on details aside from how to donate but does have a few sentences on their mission. "The Arizona election wasn’t stolen. We Republicans simply had a presidential candidate who lost, while we had many other candidates who won. It’s time we Republicans accept and acknowledge that fact."

"Candidates come and go. But our democratic institutions are long-lasting, and peaceful transitions of power are a hallmark of the United States.  We should not abandon this history in favor of conspiracy theorists and demagoguery."

"To that end, we are launching this PAC to support pro-democracy Arizona Republicans."

"We hope you will join us. We will win some races. We will lose some races. But either way, we will be strengthening the processes that have long undergirded Arizona and the United States."

Political pundits, candidates, and others have continued to slam Arizona’s Maricopa County Elections Department for ongoing failures in their election system. Almost a week after election day, the county, as well as the state, are some of the last to not have candidates declared as winners, as votes continue to be counted.

As Secretary of State, gubernatorial Democratic candidate Katie Hobbs was in charge of overseeing the election after failing to recuse herself.

"[Those] are people who brought their mail-in ballots to the polls on Election Day because they don't trust the mail and they don't trust the drop boxes. We're only down by a few thousand votes right now. When those votes come in, I think we're going to see a lot of liberal minds kind of blowing up."