Jack Posobiec and Tyler Bowyer: Reclaiming Family and Private Property Will Be Key for Conservatives in 2023 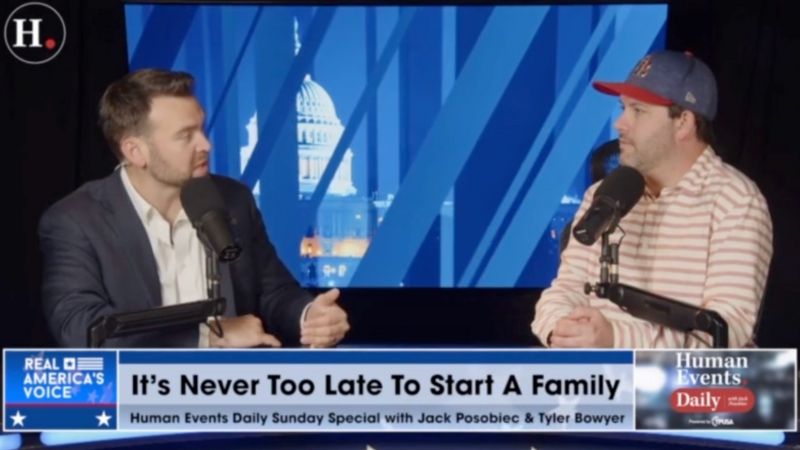 On the Sunday Special episode of Human Events Daily, host Jack Posobiec spoke with Turning Point Action Chief Operating Officer Tyler Bowyer about a "2023 action plan" for the conservative movement and how the next wave must include a reclamation of private property and the family to better combat the Left's phalanx of control via the government and push for communism in America.

"So to understand how the left thinks and I hate to kind of dive right into this," Bower said, "but the way that they think is control," Bowyer said, adding later "They want to normalize us to be by ourselves—alone—distanced from people, distanced from processes."

"I mean, realistically, the entire voting process across America, from essentially our founding, it has been community driven," Bowyer said. "It's a civic ritual," Posobiec added, calling back to a theme he has discussed before.

The 2020 and 20200 elections have seen historic absentee, early, and mail-in voting all at the behest of Democrat politicians.


The two later agreed that the ease of automatic enrollment in voting and certainly the digitization of voting detaches them from civic engagement. "They're turning you into like an automaton but they're taking away your personal agency," Posobiec said.


The two noted that the Left's desire is to keep individuals home, alone, and isolated in a space where there is no ownership.

Posobiec said, "We've all sort of just accepted this idea that we don't own movies anymore. And I know it's something small but it's becoming the same way with music." The two agreed that the same thing is happening with car ownership.

"Everything will be leased, we're all gonna be renters," Posobiec said. "Americans have to say stop," Bowyer added.

"Every time you give up your right to ownership on something, you give away a little bit more," Posobiec said, connecting the methodology to communism, quoting the Mandarin for the word, which translates to "the ideology of public property."

"I'm going to stop the government interference with whatever part of my life," Bowyer said as the way to start fighting back. "I'm gonna take control. I'm gonna take my land."

"And I'm going to do it myself. And that is the essence of building a family right?" Bowyer added.

"In the community, why is it important for someone to have a family?" Posobiec asked.

The Left's adoption of communism is antithetical both to the family but also the idea that the family is transcendentally important and a gift from God.

The two men also agreed that it is never too late for Americans to start a family. They discussed how hopeful it has been that as Millennials have families and children they have started to embrace more conservative values.