Confronting Communist China: 'Would You Have Let the Soviets Do It?' 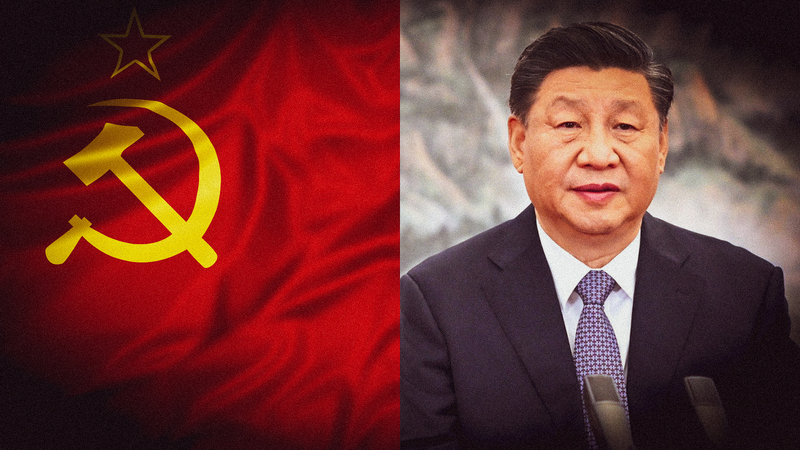 soviet china
We are in a new Cold War with an axis of evil comprised of a hat trick of intellectual pathogens: communism, authoritarianism, and terrorism. The countries are the People's Republic of China; Russia; and Iran. The latter two nations have been identified by both the public and the powers that be as strategic threats; and, to varying degrees, the U.S. government has taken measures to confront and combat these regimes. The glaring exception is communist China. Why? Because they have leveraged multi-national corporations’ greed to blunt the U.S. government’s treating them similarly to Russia and, even though to a regrettably lesser degree, their crony rogue regime, Iran. Instead, communist China is deemed a “strategic competitor.”

Fortunately, the public has not been fooled; and continues to demand measures to triumph over this existential threat not only to our nation but to the entire free world. As the pressure mounts, ultimately both U.S.-based multi-nationals and the government will submit and respond. But what should that response entail?

A good start would be to commence the comprehensive strategic pressure America and her free world allies brought to bear throughout the ultimately successful struggle over the Soviet Union in the previous Cold War. As in Cold War I, the goal would remain to avoid a nuclear confrontation, let alone explosion, and securing China’s implosion beneath the aspirations of her people for freedom.

Of course, there are, and will over time arise more, distinctions to be made between the former Soviet and current Chinese communist regimes. The first being that whereas in Cold War I, the U.S. leveraged our economic power to bury the Soviet Union, today communist China has leveraged the U.S.’ economic entities (and the U.S. government's deficit spending) to diminish our comprehensive national power.

Nonetheless, there remains a good rule of thumb in devising and implementing a comprehensive deterrence strategy to defeat communist China and win Cold War II:

“Would you have let the Soviet Union do it?”

Would you have let the Soviet Union operate a “Thousand Talents” operation in our nation? Permitted the communist regime to lure away America’s recently graduated young professionals to work for its companies, all of which are compelled to share any proprietary information with that totalitarian government, especially those with potential military application?

Would you have let the Soviet Union buy thousands of acres of land in the U.S., especially near critical infrastructure, like manufacturing centers and defense installations?

Would you have let the Soviet Union be the critical cog in the American economy’s supply chain?

Would you let the Soviet Union manufacture the bulk of America’s pharmaceuticals?

Would you have let an administration sell missile technology to the Soviet Union?

Would you have let U.S. corporations assist in the development and implementation of technology to facilitate the Soviet Union’s repression of its people?

Would you have let U.S. corporations collaborate on the development and/or sell dual use technology to the Soviet Union, even as they refuse to work with the U.S. government on national defense programs?

Would you have let the Soviet Union commit genocide; ignore and/or diminish its existence and horrors; and allow U.S. multinationals to continue to do business with that barbarous regime?

Would you have allowed Vladimir Lenin Institutes on college campuses? Allowed them to make immense financial contributions to American universities to propagandize administrators, faculty, and students? Further, would you have permitted them to withhold these funds depending upon whether or not the college censors speech critical of the Soviet government? Would you have let American government drop any regulations requiring universities to report their receipt of funds from the Lenin Institutes?

Would you have let American intelligence agencies and the Justice Department diminish their interest in unmasking the Soviet Union’s spies and assets due to the inane dictates of the woke ideology?

Hell, would you have let America’s upper class get even richer by gutting our manufacturing base – once known as “The Arsenal of Democracy” – through shipping jobs to the Soviet Union?

Would you have allowed American elected officials’ relatives to work for and with Soviet companies?

Would you have permitted former elected officials and/or members of U.S. administrations to work for Soviet companies and/or to pimp for the communist regime?

Would you have allowed America to owe the Soviet Union almost one trillion dollars?

No. And that’s why we won Cold War I.

In Cold War II, it is unconscionable what our policymakers have allowed the communist Chinese regime to do. While the above list is certainly not exhaustive by any stretch of the imagination, the failure to circumscribe communist China’s actions as we did the Soviet Union’s has imperiled our national security. With every passing second the Beijing regime is permitted to diminish our will, resources, and strategic interests, the closer we are to losing Cold War II; and bartering away our liberty for communist lucre.

A Human Events contributor, the Hon. Thaddeus G. McCotter (M.C., Ret.) represented Michigan’s 11th Congressional district from 2003-2012, and served as Chair of the Republican House Policy Committee. Not a lobbyist, he is a frequent public speaker and moderator for public policy seminars; and a Monday co-host of the "John Batchelor Radio Show," among sundry media appearances.