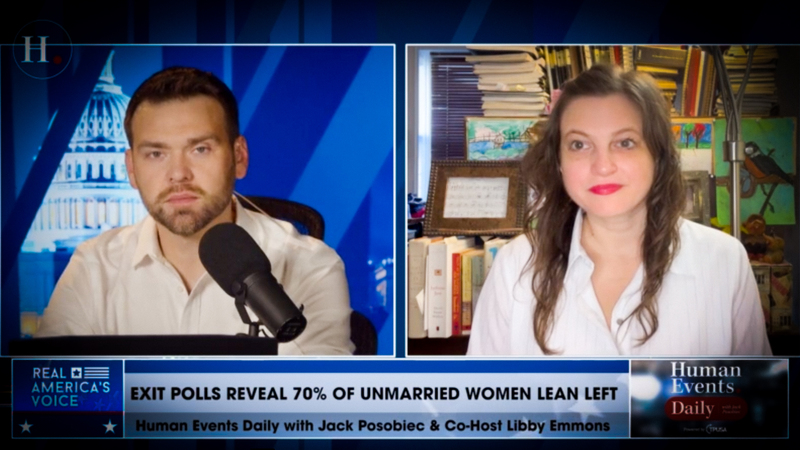 Posobiec noted that these polls show that Republican candidates were "absolutely slaughtered" in a lot of races by single, unmarried, millennial women.

"We're also seeing in the demographics that Millennial voters are now the largest voting bloc in the country, having actually surpassed baby boomers," said Posobiec.

"So why are unmarried millennial female voters going for Democrats by as many as 38 points over conservatives?" he asked Emmons.

"I think this is a really fascinating trend," Libby Emmons said about the results, "and I think that it tracks back decades, when women were sold a false promise that if they leapt into career, if they pursued their own self-determination, their own inner passion and followed their bliss, that they would be really happy."

Emmons argues that this is not true, that rather than these women ending up happy, they're going to end up unhappy and bitter.

More unmarried men, as well as both married men and women, are voting Republican than Democrat, leaving unmarried women holding up the liberal fort. Emmons points to some examples of how this plays out in the Democrats' big-government policies.

"When [Obama] had advertising for his health insurance and health plans, [it showed] a woman going through life, raising a child, having a job, with absolutely no partnership at all. Her only partner was the federal government. We saw this with messaging for the Biden administration as well. The federal government is there to be your spouse."