Jack Posobiec and Charlie Kirk Tell Voters to 'Hold the Line' Amid Machine Malfunctions: 'We Need a Blowout Win Today' 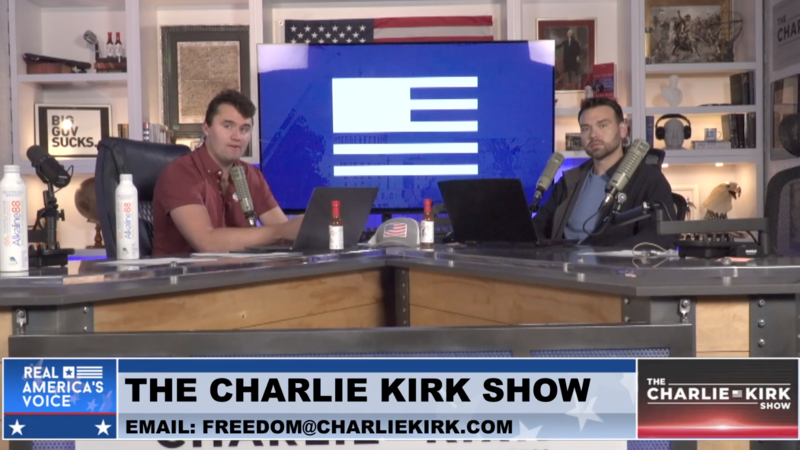 Jack Posobiec joined Charlie Kirk on The Charlie Kirk Show show Tuesday to discuss a number of topics surrounding Election Day, including Arizonan vote tabulators, which have reportedly malfunctioned to the tune of 20 percent of all machines.

Posobiec credited Kirk for having predicted that there would be issues with voting, saying that he originally thought that Kirk was being 'Chicken Little' saying that the sky is falling. "You said, 'Jack, there's going to be traffic jams, there's going to be machine problems, and Maricopa County is going to run into this huge wall of not being able to vote.' I said 'Charlie, come on, it's been two years with intense focus on this issue. Surely we're not Venezuela, not Haiti. We can do a vote'," said Posobiec, to which Kirk responded by calling the situation a "mess."

Kirk urged that election workers process the ballot until someone come and fixes the machine. "Hold the line," said Posobiec. "Make sure you stay in line and vote, and if after a couple attempts, your ballot is not counted, you have to spoil the ballot and go back through it," said Kirk, telling people to not drop off their ballots in 'box three', or similar dropboxes.

"The tone that we have to have on election day, is that you have to play like you're five points down," said Kirk.

Later, Posobiec said that today is the day that "everything is on the line," saying we are facing a potential "general reallignment in our politics," saying that a weak turnout needed to be avoided. "We need a blowout win today, that means people not just winning at the top of the ticket, that means all the way up and down the ballot. All across Long Island, in New York, in Central Pennsylvania areas, the rurals... the F150 cavalery are showing up in droves. We need it all day, it can't stop, it can't let up. If the line's too long, and you have to get to work, then guess what, you're coming back on your lunch break or after work... Vote like your childrens' lives depend on it, because they do.'"
Charlie Kirk, Charlie Kirk Show, Jack Posobiec
kirk poso