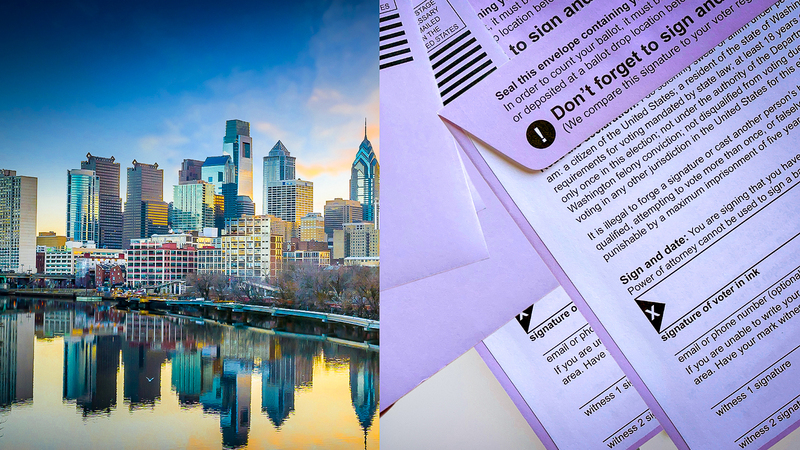 On Tuesday, the Philadelphia agency overseeing elections voted to delay counting thousands of paper ballots used by voters following a lawsuit alleging that the removal of the city’s reconciliation process would allow for ballots to be counted twice.

In a special Tuesday morning meeting, the Philadelphia City Commissioners voted 2-1 to reinstate "poll book reconciliation," which is designed to prevent duplicate votes in cases such as a person voting by mail then voting in person as well, according to the New York Times.

The move would delay votes in the highest populated county in Pennsylvania, with the state having some of the most watched races in the country.

The move comes after a lawsuit was filed on October 27 by restoring Integrity and Trust in Elections, created in July by prominent Republicans like former attorney general William Barr and former aide to President George W. Bush Karl Rove.

Commissioners said that the reconciliation process was no longer needed because other measures were in place to detect duplicate ballots. In the last three elections, officials said that no duplicate votes had been discovered.

The lawsuit on the other hand alleged that the process had found 40 double votes in the 2020 presidential election, and said that the reconciliation process was more necessary now due to an increase in mail-in voting.

Commissioner Seth Bluestein said that the decision would affect an estimated 15, to 30,000 paper ballots, and noted that the lawsuit only targeted Philadelphia county.

“Ballots that we received after the latest updates to the poll books will not get counted tonight while we reconcile the in-person vote with those returned ballots to make sure there are no double votes of somebody voting by mail,” he said, according to the New York Times.

On Monday a Pennsylvania Common Pleas Court ruled that the elections board did not need to reinstate the process, noting the closeness to Election Day, though the judge, Anne Marie Coyle, criticized the board’s decision to drop the process altogether, saying the commissioners’ decision had “failed to consider the harm to public perception of our electoral process."