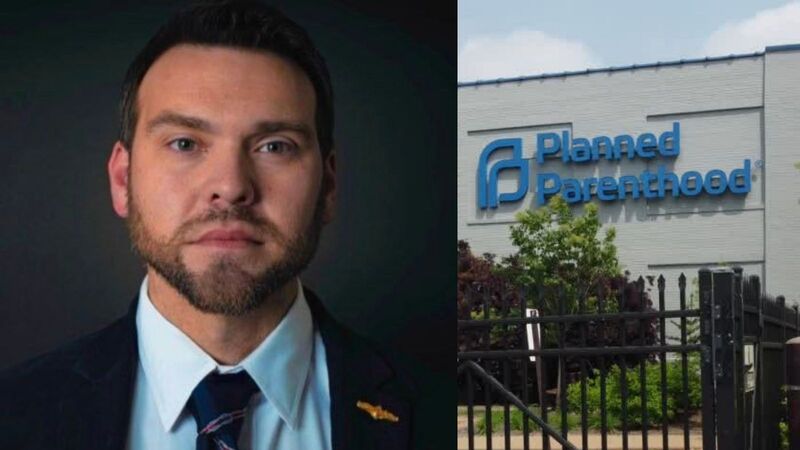 Poso_Planned_Parenthood
Human Events Daily host Jack Posobiec broke down a story out of Illinois that reveals that Planned Parenthood will begin using mobile clinics to reach women in states whose ability to receive an abortion has been restricted since the Dobbs decision and the overturning of Roe v. Wade.

According to the article, published in Daily Mail, the mobile clinics which opened in Illinois will reach both Missouri and Kentucky. "Missouri specifically banned abortion with no exceptions for cases of rape or incest immediately after the Supreme Court threw out the legal right to an abortion in June, in what's known as a trigger law. In Kentucky, abortion is illegal from the point of fertilization - unless the woman is at risk of death or serious permanent injury with no exceptions for rape or incest."

Posobiec began, "Well, in an update in evil this week, the US's first mobile abortion clinic will open in Illinois in just a few weeks and offer procedures to women in Kentucky and Missouri, where it's been outlawed after the overturning of Roe v. Wade and the Dobbs decision."

"'The mobile clinic will include a waiting room and two exam rooms It will be stationed at different points along the southern Illinois border The goal is the cut down on travel and waiting times for women out of state. A June SCOTUS decision overturned guaranteed abortion rights for women,'" read Posobiec from the Daily Mail.

Posobiec then suggested a location for the mobile clinic, recommending that it go to a former Precolumbian sacrifice site. "I have an option for exactly where they should place the mobile abortion clinic in Illinois... If you go directly across from the city of St. Louis, Missouri, across the bridge, and then into Illinois across the Mississippi river, there's an area there called the Cahokia mounds. If you go and check it outs, the Cahokia mounds—a really incredible sight to see—It's in Collinsville, Illinois, and this is the Precolumbian Native American city...The largest and most influential urban settlement of the Mississippian culture."

"The city in Cahokia was actually larger than London at the time of its height. Incredible city, right there in the center of our country, currently the center of the United States. Why do I want it there? Well, let's talk about Mound 72 of the Cahokia mounds," Posobiec explained.

"Archaeologists digging at mound 72 found more than 250 skeletons... Scholars believe that almost all of these were sacrificial victims based on signs of ritual execution, method of burial, or other factors. The skeletons include four young males missing their hands and skulls, a mass grave of more than 50 women, and many teenagers with their bodies arranged in two layers separated by matting," he said.

"Another mass burial of 40 men and women who appear to have been violently killed, some of which have been buried alive from the verticle position, some of the fingers appear to have been digging in the sand. Not all of the victims were dead when they were interred, and some had been trying to pull themselves out. "

"It's been radiocarbon dated to about 950-1000 AD. These are the excavations at mound 72. So mound 72 was already used as the mass child sacrifice mound in Cahokia, which again, right across, very close to the area where Planned Parenthood, in St Clair county Illinois," Posobiec added.

"We don't know why the Mississippians were committing mass child sacrifice, but we know they were doing it. We're not entirely sure why Planned Parenthood is doing this today, I'd say it's in the worship of evil and for the pagan deity Moloch," he concluded.
Jack Posobiec
Poso_Planned_Parenthood