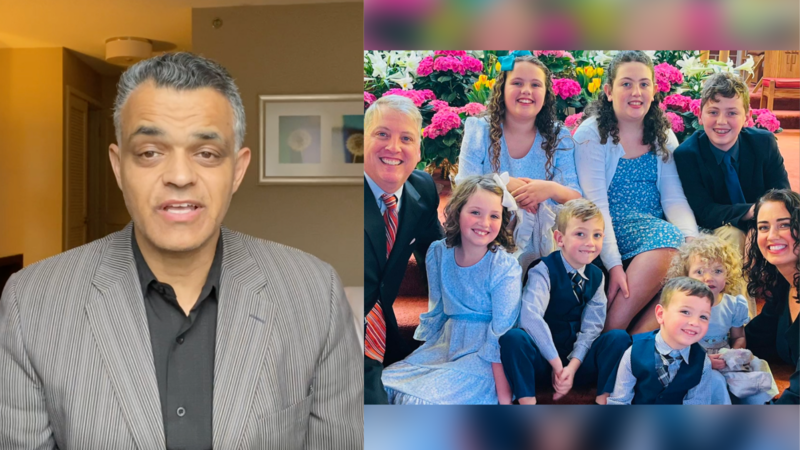 Following the FBI SWAT raid of pro-life Catholic leader Mark Houck, Founder and Editor in Chief of LifeSite News John-Henry Westen has announced that the Wednesday, October 5 Episode of The John-Henry Westen Show will be broadcast from in front of the very Planned Parenthood where Houck used to pray.

Mark Houck, his wife, and their seven young children were subject to a traumatizing, heavily armed FBI raid last week, leading Houck away in handcuffs for a charge involving an altercation with a pro-abortion activist as Houck counseled on the sidewalk outside of the Planned Parenthood, as he was known to do every Wednesday

In a video announcement exclusively provided to Human Events, John-Henry Westen tells the community that he will be broadcasting live from the same Planned Parenthood this Wednesday to honor Houck.


“Just recently LifeSite News exposed to the world the egregious attack by the FBI, it really was an attack, on the pro-life Catholic leader and father of seven Mark Houck,” Westen says. “But LifeSite News has always promised you our unwavering commitment to building a pro-life, pro-family culture of life, which takes us beyond independent reporting. And that’s why I’m going direct to the Planned Parenthood at which Mark used to pray.”

“On Wednesday, October 5, just after 6pm eastern, I’ll be taking your prayers and your desire to change the culture directly to where it matters most. So please keep me in your prayers. And please pray for Mark Houck, his whole family, and your entire LifeSite News family, who works every day on your behalf.”


The broadcast will follow 5:15 Mass at nearby St. John the Evangelist Church in Philadelphia. At approximately 5:45, there will be a prayer walk from the church to the Locust Street Planned Parenthood. Westen will lead the Rosary live in front of the building.

“This morning, a heavily armed SWAT team of dozens of FBI agents raided the home of Mark Houck of Bucks County, Pennsylvania, with his wife and terrified children inside over a case that was long thrown out by the District Court in Philadelphia. Mark and Ryan-Marie Houck’s seven children were traumatized and in tears, as they witnessed their parents held at gunpoint and their father hauled away in handcuffs.”

Houck, the founder of an organization called The King’s Men is being charged by the Biden DOJ of violating the Freedom of Access to Clinic Entrances (FACE) Act, which “makes it a federal crime to use force with the intent to injure, intimidate, and interfere with anyone because that person is a provider of reproductive health care.”

The charge references an October 2021 incident during which the DOJ alleges that Houck ‘twice assaulted a man because he was a volunteer reproductive health care clinic escort.’ The Houk family says, however that the man in question verbally harassed Houcks 12-year-old son, and eventually encroached on the boy’s space. Hock says he then pushed the man out of the way in order to defend his son.

Mark shoved him away from his child, and the guy fell back,” said Mark’s wife, Ryan-Marie.