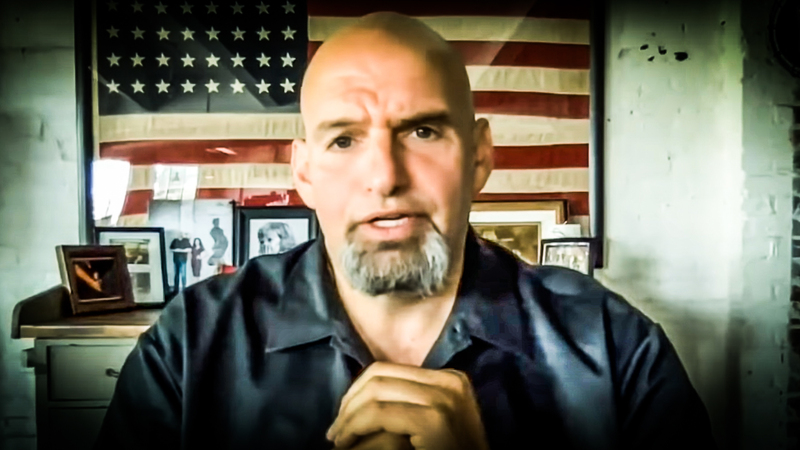 Politicians by nature are duplicitous, so it takes a great deal to stand out as a fraud when almost every other single person in your chosen profession is a charlatan. But John Fetterman, the Democratic nominee for US Senate in Pennsylvania, has taken fraud to the next level.

Fetterman has pitched himself to Pennsylvania as a “blue-collar tough guy,” amazingly enough – he is neither of these things.

For decades, John Fetterman has played a role, pretending to be someone he isn’t.  Call it blue-collar cultural appropriation or blue-collar drag, Fetterman has meticulously created an image of himself that’s a complete fraud.


Fetterman’s image made him an immediate star in the progressive media. The Democratic Party, which was once the party of the working class, has watched its share of the working-class vote plummet as the party became a vehicle for academics and the elites. The almost extinction of working-class Democrats left an opening for any Democratic politician who came from a working-class background, or in the case of Fetterman, could at least pretend that they did.

Few failed small-town mayors get glitzy bio pieces in national publications, but Fetterman did. A 2005 Rolling Stone piece on Fetterman opens with:

“JOHN FETTERMAN LOOKS a lot like a convict. For starters, he’s 6-feet-8, weighs 320 pounds, and has a shaved head and a bushy chin beard. He dresses most of the time in modified prison garb: Dickies work shirt, baggy jeans, black steel-toe Dr. Martens. His arms are the size of small trees. He also sports some impressively large tattoos.”

The carefully crafted blue-collar, working-class image of Fetterman, turned out to be nothing more than an act. The fraud was easy to pass off as reality, when he was the Mayor of a city of less than 2,000 and when the only press he received were fluff pieces that never bothered to dig beyond the hoodie to find out the truth.

It was less easy to get away with it when Fetterman’s prodigious appetite for political stardom led him to running for statewide office in Pennsylvania. A 2015 profile of Fetterman made it clear just how little the image of Fetterman matched the reality,

Fetterman’s appearance belies a privileged upbringing that the 46-year-old Democrat describes as “the random lottery of birth.” He grew up in an affluent suburb of York, where his father Karl owns an insurance company in an old Victorian mansion downtown. After a stint in AmeriCorps, working with low-income children in Pittsburgh, he earned a Harvard graduate degree….

Indeed, up until he was 49 years old his parents paid him an allowance that he lived on, and the condo that he lives in was sold to him for $1 by his sister.

Sure Fetterman likes to play the role of tough guy, especially when it involves him throwing virtual haymakers from his keyboard. But it’s not just that Fetterman is his toughest when attacking his opponents on Twitter, what’s worse is that the self-proclaimed “tough guy” can dish it out but he is entirely incapable of taking it.

While Fetterman gleefully attacked his opponent Dr. Mehmet Oz over a trip to the grocery store or how many houses Oz owns, the very first time that Oz punches back, Fetterman immediately goes from tough guy to whining 12-year-old girl.

Fetterman - who has so far refused to actually debate Oz (while saying maybe he will), who has largely attempted to hide from the media on the campaign trail, and who can barely finish a sentence when he does speak publicly – took to Twitter to whine about Oz questioning whether Fetterman was actually up to the job of being a United States Senator:

"How many of you have had a major health challenge? I sincerely hope that you didn’t have a doctor in your life making fun of you for it. Laughing at you. Telling you you’re not able to do your job. I have a doctor like that in my life."

This isn’t the first time that faux tough guy Fetterman has complained about Oz punching back saying a little over a month ago that:

“I know politics can be nasty, but even then, I could never imagine ridiculing someone for their health challenges.”

Here is the truth Mr. Fetterman, it appears you are unable or unwilling to debate your opponent, and it is clear you can’t even string together a coherent sentence when you bother to speak publicly. Questions about your health and your ability to do the job isn’t Dr. Oz being “mean” or “nasty” – it means Oz is raising legitimate questions.

What is left of the Fetterman campaign? He’s not the blue-collar warrior he pretended to be and he’s not the tough guy he claimed to be. At the end of the day Fetterman is a complete and total fraud – the people of Pennsylvania can and should do better.