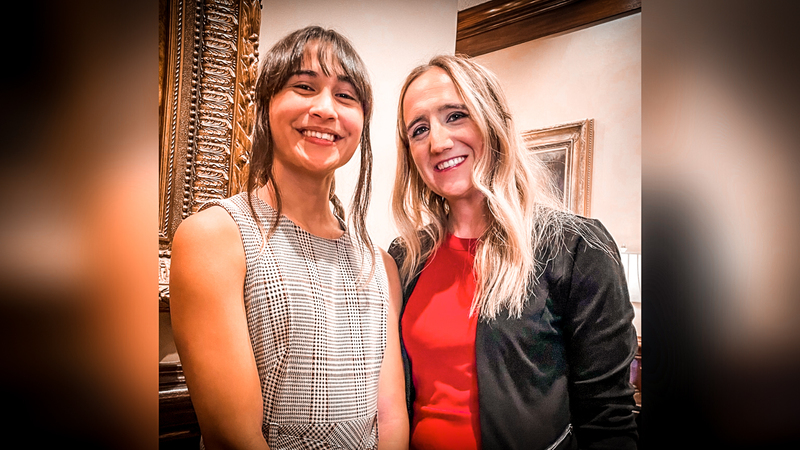 Detransitioners play one of the most important roles in the fight to protect children from Queer Theory. However, in debates about queer theory, no group receives more hate and intolerance. Detransitioners are those who once had a strong enough desire to be the opposite sex that they transitioned, but then after a period of time, realized that their problems did not get better, and took the steps to go back to living as their biological sex.

For many, irreversible damage was already done before they made the decision to go back. Detransitioners provide us valuable insight into how they were sucked into this ideological rabbit hole. Those in the Queer Activist community see detransitioners as the biggest threat to their ideology. When people like Chloe Cole speak out, instead of listening to their stories, they try to silence them. They don’t care about the harm they are creating and they never have. Even as the World Professional Association of Transgender Health (WPATH) begins to express the importance of supporting those who detransition, activists try to put them back in the closet.

Much like a cult, for queer activists there can be no dissent. We see this as standard for the many different social justice groups on the left. The worst attacks are on those that have walked away from their ideology. Just like cult leaders, they understand that the most effective tool to keep members from leaving is to make people fear leaving. As Psychologist Margaret Thaler Singer Wrote in Psychology today   “(defectors) often speak of a combination of guilt over defecting and fear of the cult’s retaliation.” They do this by executing Saul Alinksy’s 12th rule , in his book Rules for Radicals “Pick the target, freeze it, personalize it, and polarize it.” For the same reasons many transexuals won’t step outside the comforts of their stealth (those that “pass” fully as the opposite sex) bubbles, many detransitoners will find it easier to silently go back to living as their sex. Much like former radical queer activist Kodah Pipitone did earlier this year. Because of the backlash, it is important we protect those that do speak out. Show others there is a community that will welcome their voice.


At a recent event with No Left Turn in Education, former trans kid and now detransitioner Chloe Cole and myself had an amazing conversation. At only 18 years old Chloe is an incredibly brave young woman who I admire greatly. She has been open about her story and making a difference around the country. Chloe started puberty blockers and then testosterone at 13. She had a bilateral double mastectomy at 15, and then detransitioned at 16. She has been speaking to legislators across the country to stop the medicalization of children. Even recently telling her story in a viral video from the steps of the United States Capitol building. She did this all while receiving vile hate from social justice activists. In speaking with Chloe she said her biggest advice for parents is to get their children off the internet. In her case she was swoon with the idea of being a boy from Instagram. Many others have spoken about becoming obsessed with Tumblr, and being brainwashed there. I saw/see this happening on Reddit.

I saw this early in my transition as I looked at Trans Reddit boards. I was subsequently kicked out of a few of these groups for speaking out and disagreeing with their narrative. I saw the number of people coming out as trans increasing exponentially, and it was when the idea of a social contagion first started popping up. We called those using being transgender for attention “trans trenders.” In one group I simply stated that “trans trenders are real, and when the detransition rate skyrockets it will hurt trans people.” I wish I could say I was wrong. The detrans group on Reddit is now at almost 40K members. The activists see detransitioners speaking out and claim they now hate trans people when most simply believe in giving more information to dysphoric people. Many of them still admit to having gender dysphoria, but transitioning didn’t help. Somehow suggesting that going to a therapist, being absolutely sure all the side effects are known, and knowing that transitioning may not be the solution, is seen as “hateful.”

The biggest service detransitioners provide is the other side of the story. Many gender non-conforming people are sold a lie that they are probably trans because they don’t fit the stereotypes for their sex . Many young girls on the spectrum are being preyed upon because their disorder presents itself similarly to that of Gender Dysphoria. Journalist Christina Buttons once told me in an interview, that if someone had told her she was a boy, she would have grabbed onto that and not let go.

The fact is in order to have informed consent, you need to be informed. Many patients and parents are not being informed that the detransition rate is rising. They are still being told it is rare. They don’t mention how flawed the studies that determine the reported rate are. They rely on self-reporting from patients, and if a person simply stops seeing their provider there is no follow-up. Nor are they counted as a detransitioner. Dysphoric people of all ages need to know how permanent these treatments are. The only thing that happens when you shut down these voices, is it prevents people from thinking twice about going through with medicalization. Thus taking away their ability to consent.

Even WPATH acknowledges the importance of supporting detransitioners. In past versions of its standards of care they did not address detransitioners. However due to the high numbers coming out, it forced the organization to address it. For many, care is still required from specialists. Females who had hysterectomies, and males who underwent orchiectomy or vaginoplasty, still need to take Hormone replacement therapy (HRT). Due to the fact that the organs that produce hormones have been removed. As well, many still suffer from gender dysphoria, and need therapy to help with that struggle. Also, they need a more reliable way to collect data to show how prevalent detransitioning actually is.

Many detransitioners feel they were manipulated and lied to. They were told these treatments are perfectly safe, would solve their problem, and have a very little chance of regret. This comes across to activists as “transphobic” because they help push the lies. They are projecting their insecurities on detransitioners. In order to stop the harm being done, especially to children, the most impactful voices are detransitioners and transsexuals standing together. Exposing the lies, working with parents, lawmakers, and those concerned in the community. We can show that kids can’t consent, and adults should have all the information before making life-altering decisions.