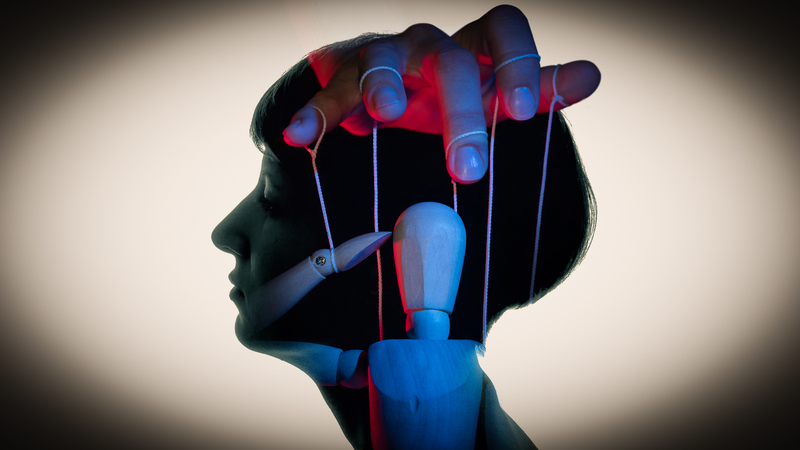 In the late 1980s, the Soviet Union was teetering on the edge of the dustbin of history, and freedom was on the march – but not on American campuses.  There, to escape the subtle and not-so-subtle coercion of their would-be Leftist indoctrinators, students were compelled to act as Vaclav Havel’s “greengrocers,” even as the Berlin Wall was poised to topple.

While at the time the irony may have escaped these students’ notice, they were acutely aware of Left-wing faculty and administrators’ efforts to impose “political correctness.”  Some on the Left embraced it; some on the Right resisted it; most just regurgitated what was necessary to avoid a spiteful Leftist professor saddling your GPA with a low grade for expressing an opinion politically to the right of Lenin.

In hindsight, did Gen X’s capacity to faithlessly echo political correctness to earn degrees fool the Left into presuming the indoctrination had been successful and, emboldened, led them to ratchet up their insanity to the extremist level of today’s DIE cult (“diversity, inclusion, and equity”)?  Or did the Left realize they had been outfoxed by Gen X; and, consequently, deem more intensive and coercive methods of indoctrination and cultural control necessary? Perhaps, it was neither; and the current situation is the latest manifestation of the Left’s long-term psychological assault on American culture.

The most lucid prism in which to view the Left’s current assaults on American culture is provided by Mr. Greg Copley, who wrote in his August, 2022, Defense and Foreign Affairs Strategic Policy:

“We have come to use the term ‘information dominance’ to identify the process, but it is far less adequate as a framework than the earlier phrase, ‘psychological strategy.’

“Information dominance is not merely about controlling the narrative by volume (although that is a part of it); it is about defining the meaning of words, thoughts, and, therefore, options.  It is about the imposition of one’s will on another, often co-opting and distorting words and meanings to suit the initiator.  This requires ‘concept dominance’ [emphasis mine]; it is far broader than ‘information dominance.’

“Information, in essence, is tactical; concepts can be strategic.  They form an underpinning of psychological strategy.

Using Mr. Copley’s prism, we can glean the Left’s psychological strategy.  Their initial politically correct movement was an attempt at information dominance, whereby they flooded the universities and, later, the society at large, with their PC narrative.  Today, the Left is aiming to attain concept dominance, whereby words that were once universally understood have now been radically revised or censored altogether – such as when a Leftist Supreme Court nominee professes how she cannot define the term “woman.”

The Left’s DIE cult builds upon the earlier effort at information dominance through the PC movement.  Like other would-be cultural autocrats, the Left engaged in a decades-long deconstruction and revision of traditional words, in the hope of coercing Americans into accepting and acting in accordance – grudgingly or otherwise – with the radical cultural norms infused in these newly defined terms.  For almost a quarter of those who voted for President Biden to believe men can get pregnant is not possible merely through the enforcement of political correctness.  It requires the indoctrination made possible by concept dominance that is enforced through the tactics of political correctness – in sum, by their psychological strategy for cultural hegemony.  Hence, the Left’s febrile efforts to impose their DIE cult upon Americans through the use of the media and public and private institutions, including K-12 schools, so as to indoctrinate their radical concepts, silence dissent to maintain information dominance, and control the culture.  Ultimately, the culmination of the Left’s psychological strategy for information and concept dominance is the DIE cult.

Doing so, the Left aims to regress back to an age of despair and repression, where citizens are no longer sovereign but serfs of the omnipotent one-party state, their freedom of conscience destroyed by the dictates of the Left’s radical “civil religion.”  Americans are being herded to a desolate, despotic shore where others have gone before, and only a fortunate few have returned.

In his The Cultural Revolution: A People’s History , Mr. Frank Dikotter records how the past may be prologue:

“The Cultural Revolution aimed to transform every aspect of an individual’s life, including his innermost thoughts and personal feelings, but in many cases, it managed to exact only outward compliance.  People fought deception with deception, lies with lies, and empathy rhetoric with empty slogans.  Many were great actors, pretending to conform, knowing precisely what to say when required.”

“The second society was not so much a separate sphere as a realm of freedom that continued to exist in some people.  Thanks to endless campaigns of thought reform, many individuals learned how to parrot the party line in public but keep their thoughts to themselves.  All of them worshipped at the altar of the Chairman [Mao], although some quietly maintained faith in their own values, whether political or religious.  There must have been many ordinary people who were crushed by the relentless pressure to conform, just as there were true believers or pure opportunists who enthusiastically followed every twist and turn in official ideology.  But some people developed two minds or two souls, one for public view, the other strictly private, or to be shared with trusted friends and family only.  Some were able to move to and fro between these two realms, while others sank into apathy and depression, unable to reconcile the projected values of the world around them with their own beliefs.”

Countless millions of Americans compelled to attend mandatory DIE training/struggle sessions can readily empathize with the Chinese people’s tribulations at the hands of cultural totalitarians.

As for the Left, despite the distractions and deflections of their psychological strategy’s concept and information dominance, these Regressives cannot escape an ineluctable truth: what they denounce, they’ve become.  What remains to be determined is whether the remainder of the American people will denounce or become what the Left’s psychological strategy for cultural dominance dictates?

A Human Events contributor, the Hon. Thaddeus G. McCotter (M.C., Ret.) represented Michigan’s 11th Congressional district from 2003-2012, and served as Chair of the Republican House Policy Committee. Not a lobbyist, he is a frequent public speaker and moderator for public policy seminars; and a Monday co-host of the “John Batchelor Radio Show,” among sundry media appearances.