Trump Jr. Slams Biden as ‘Disgrace’ as the President Insists There Is No Recession 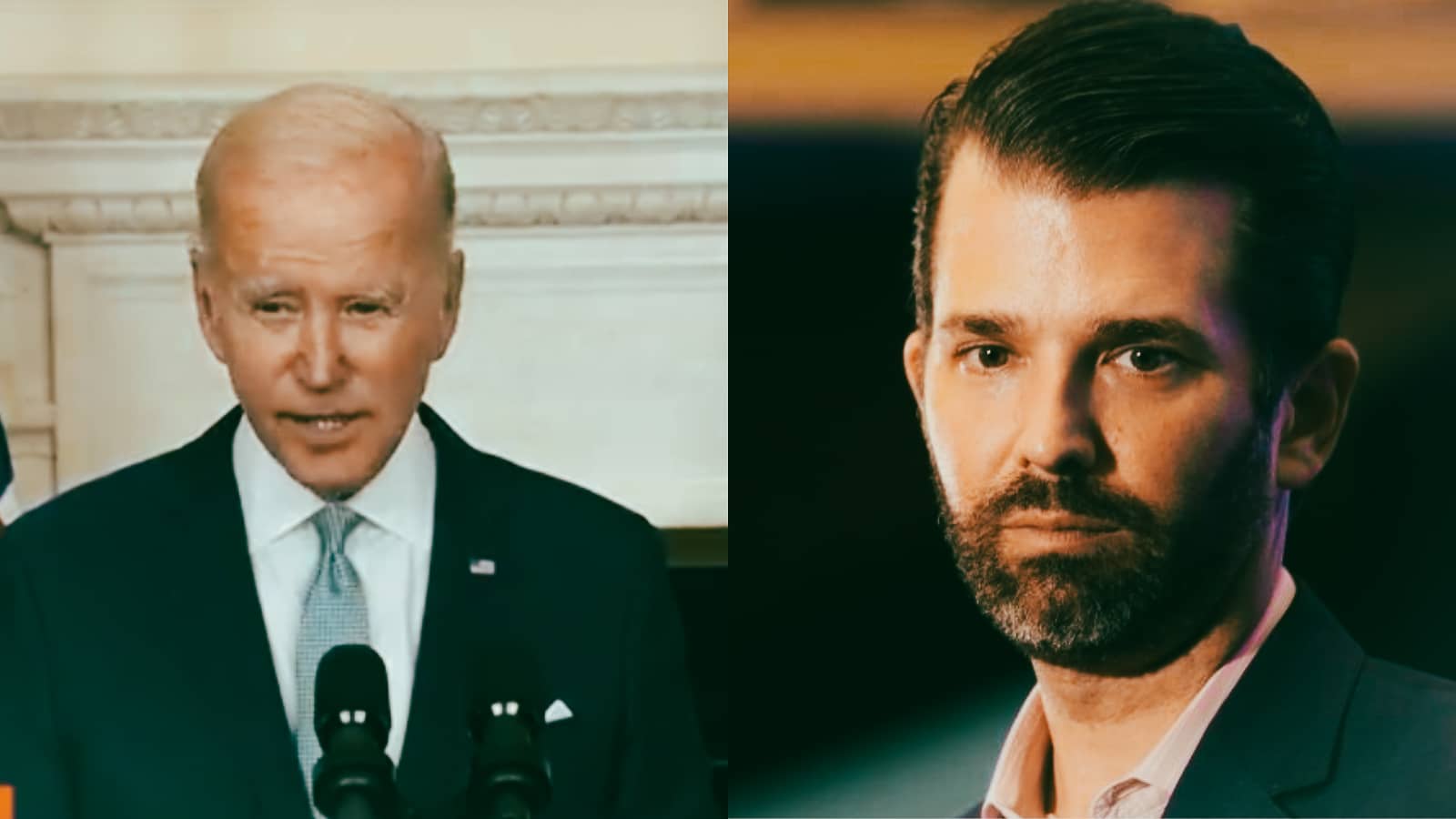 Donald Trump Jr. took to Twitter Thursday to call out not only President Joe Biden’s reality-bending around the state of the US economy, but also the mainstream media for allowing him to do so.

Trump Jr. called the US economic situation an "unmitigated disaster" that will ultimately be beneficial to those who wish to push a progressive political agenda.

“What a disgrace,” wrote Trump Jr., adding “not just Joe, not just the democrats who are happy to see the US economy get battered to further their insane agenda, but also the MSM for their refusal to ask even the basic questions about this unmitigated disaster.”

Despite the fact that the US economy contracted for the second quarter in a row, a widely-accepted indicator of a recession, Biden insisted Thursday that the country’s economy is booming.

“That doesn’t sound like a recession to me,” Biden stated before a brisk exit, without taking questions.

Instead, Biden boasted of job creation, and of the new “Inflation Reduction Act,” which a University of Pennsylvania study has already determined will do little to nothing to actually help with inflation.

The study concluded that “The Act would very slightly increase inflation until 2024 and decrease inflation thereafter, but that “These point estimates are statistically indistinguishable from zero, thereby indicating low confidence that the legislation will have any impact on inflation.”