First of its Kind Museum Honoring Victims of Communism Opens in D.C. Next Week 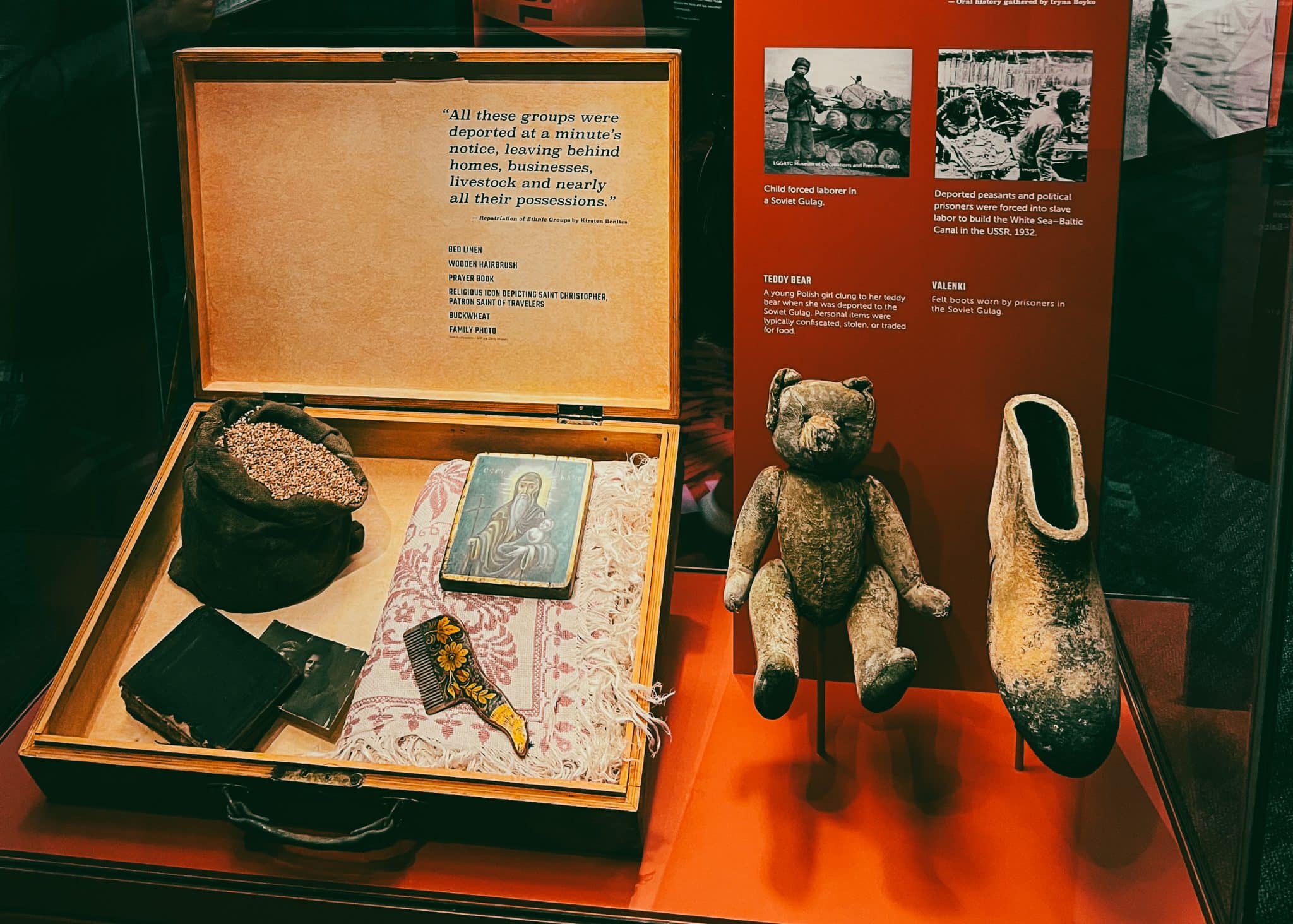 A first-of-its-kind museum dedicated to the victims of communist regimes will open to the public in Washington, D.C., Monday, June 13.

The Victims of Communism Museum is a project of the Victims of Communism Memorial Foundation, which hopes not only to honor the 100 million people who have died at the hands of communist regimes, but also the 1.5 billion people who “still live and labor under communist governments that are actively hostile to democracy as well as human and civil rights,” namely in China, Cuba, North Korea, Vietnam, and Laos.

The main floor of the museum is broken up into three thematic rooms: Revolution, Repression, and Resistance.

The first room, “Revolution” features an information-packed film on “The Rise of Communism,” and a prominently displayed definition of communism:

“COMMUNISM: A system of centralized political power in which a single-party dictatorship abolishes private property and controls the means of production and the distribution of goods and services.

Under the pretense of a classless, egalitarian society, Communist regimes in practice rely on force, use brutality, and repress speech, religion, assembly, and all other rights and freedoms.”

VOC Board of Trustees Vice Chairman Dr. Elizabeth Spalding echoed this sentiment, saying of the gulag film in the “Repression” room, that the foundation is “trying to explain this in terms of all of the victims of communism,” noting that “a gulag type thing is done in all of these communist countries” and is “not particular to the Soviet communist experience.”

Spalding emphasized the importance of educating “all generations” about the threat of communism, especially the youth. This goal is evident in the museum galleries, which do not shy away from the grim realities of history, but make them accessible to those who may be learning about them for the first time.

Spalding spoke of a group of 7th and 8th graders who had attended a sneak peek of the museum.

“They were getting it,” said Spalding.  “That’s a major part of what we do here.”

The “Repression” room highlights the varied backgrounds of victims of communism, with displays paying homage to victims who were communists themselves, children, and who were victims of both Nazism and communism. Spalding explained the museum’s emphasis on “personal stories,” and the foundation’s goal of showcasing the devastation “Person by person, community by community, family by family, and of course country by country.”

The “Resistance” room features another film, this time on the various resistance movements and their consequences. All the while, a death toll scrolling in the corner. An interactive kiosk allows visitors to step into the shoes of young dissidents, making the ethically mind-bending choices forced upon individuals living under oppressive regimes.

VOC Co-Founder Board of Trustees Chairman Emeritus Dr. Lee Edwards explained that the spirit of resistance “was there strong against it from the very beginning,” even under the Bolsheviks. because “the innate desire for freedom beats in the breast of each one of us.”

An upstairs exhibit hall features a must-see temporary installation of artifacts from the 1989 Tiananmen Square protests and massacre.

The museum’s opening is recognized as a milestone in the fight against Marxist ideology both in America and abroad.

“For more than 25 years, the Victims of Communism Memorial Foundation has played a pivotal role in highlighting the plight endured by individuals who have lived, or are currently living, under communist rule in Cuba, China, North Korea, Venezuela, and other countries,” said Senator Marco Rubio (R-FL). “This museum will serve as a posthumous tribute to the fallen victims of communism and continue the never-ending fight against this destructive ideology.”

Representative Marcy Kaptur (D-OH) said that the museum points to “a lasting commitment to the mission of ensuring future generations understand the devastating consequences of unbridled tyranny.”

"The Victims of Communism Museum belongs in our nation’s capital where Americans and foreign visitors will see, hear, and learn the dangers of communist and Marxist ideologies, especially while they threaten to gain a foothold here in our country,” said Representative María Elvira Salazar (R-FL), invoking her constituents in Miami, who “have felt communism’s oppression firsthand, many fleeing Marxist dictators across Latin America.”