Posobiec Reports from Ukraine, Tells of ’Stuck’ Civilians ’Trying to Live Their Lives’ 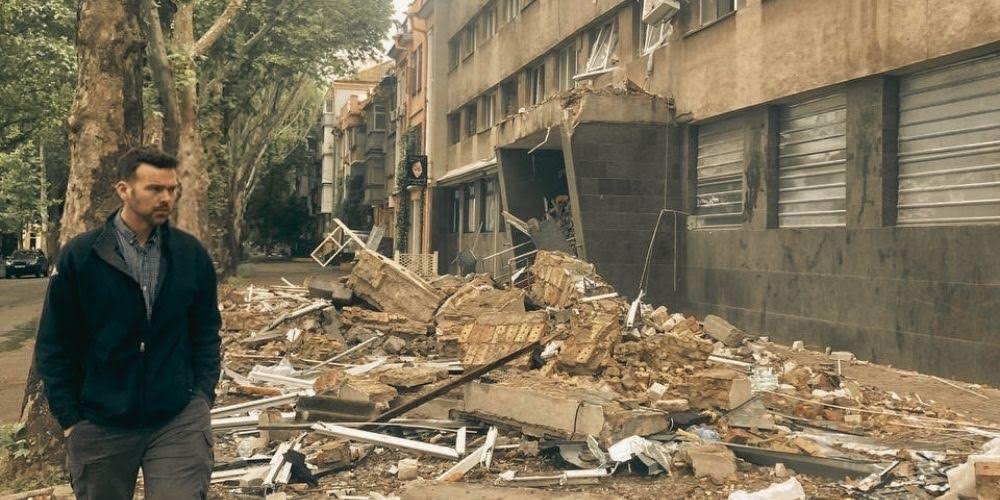 In the most recent episode of Human Events Daily, Human Events Senior Editor Jack Posobiec detailed his recent experience in war-torn Ukraine. After Posobiec’s recent trip to Budapest, Davos, and Geneva, he visited family in Poland. From there, he and his brother Kevin made a trip to Ukraine. He recorded Monday’s episode on the night train from Mykolaiv to Odessa.

"I didn't want to not stop and visit my family's home country of Poland. So we stopped by to visit Poland, and to see family for the weekend. And while we were there, I was reaching out to a few contacts on the ground, local journalists, local activists, who said essentially that if we wanted to, they would be able to get us into Lviv. “

“Soldiers were ubiquitous throughout the entire time that we traveled in and out of Ukraine,” Posobiec explains.

Posobiec details various anecdotal accounts from both himself and his contacts that reveal otherwise unreported facets of the situation in Ukraine–including the practical reality of aid efforts and civilian arms deals.

Posobiec details how he witnessed “humanitarian aid” manifest in the region, noting that it seemed to be more of an unorganized, grassroots effort than anything else.

“But after meeting with some of the local activists and kind of seeing some of the situations that were there, you know, you're hearing these stories about this humanitarian aid coming in through Lviv from the West, but really, it just seemed like such a hodgepodge and a patchwork of efforts on the volunteer front and humanitarian front.”

“So, you know, piles of tourniquets, and quick clot, and bandages just stacked up on a guy's living room couch,” says Posobiec.

“And you know somebody else saying that they were going to throw it in–these are Americans–and people saying, ‘Oh, I'm gonna throw up my car and drive it down to the people who need it.’ Right. And so your question, of course, is, well, where's the normal supply line? where's the regular supply chain? Why, you know, why are you driving it directly and taking that risk on?”

Posobiec also describes the unsettling reality of people attempting to live their normal lives within a warzone. He reflected on the scene in Odessa, where downtown beaches are still open. (Others outside of town are closed -- “there was a sign up warning about mines on the beach. So mine implements that have been installed at many of the beaches.”)

“Some people still though were jumping off the docks. People were having a nice time in Odessa, walking up and down the pier, getting food, getting hamburgers, getting ice cream with their kids.”

“And again with that same tension, and you realize that people, when they have the nice, the nice weather, you want to relieve that tension, you want to burst that bubble a little bit. So being able to go to the shore, being able to jump in the ocean and be able to hang out with your friends, just grasp on to a little bit of normalcy, amid crazy times amid war. That’s what we saw going on.”

“But you’ve got to put that aside for a second,” he says. “And you’ve got to understand that there are real people that are being affected by this thing. And there are people who are they're just trying to live their lives.”