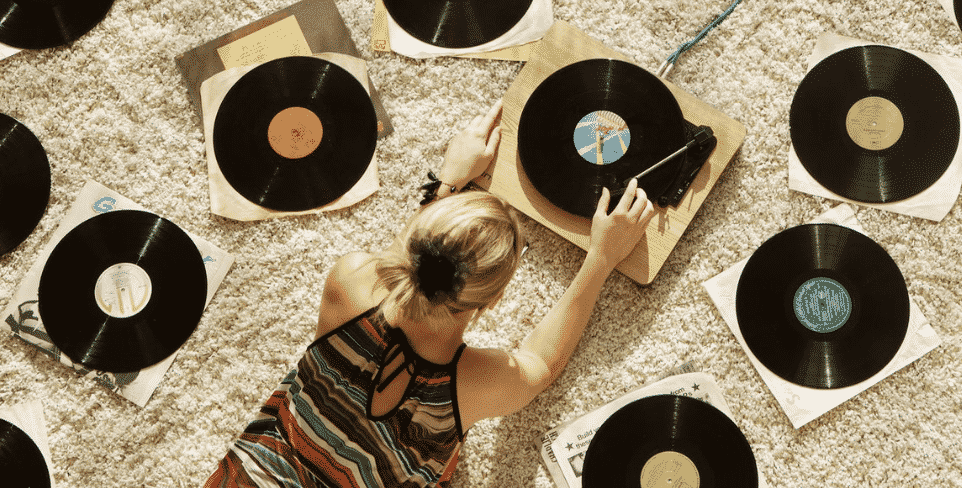 Vinyl records. 1960’s-era convertibles.  Dancing that required the memorization of sequential steps.  These are the kinds of things meant to be longed for, the things that are the subject of nostalgic feelings.  They feel iconic, classic, and represent a period of time that in hindsight just plain looks special.

But the 1990’s?  There is no possible way that anything about the 1990’s could carry the feeling of nostalgia, is there?  It was the decade that started with the Bush family, placed the Clinton’s (forgive me) in the middle, and was ushered out with a Bush family redux.  It was a decade with hair scrunchies, dark lipstick, overalls, and flannels.  The 90’s did bring widespread access to the internet and its attendant commercialization, but do we really long for the days of dial-up modems and AOL’s all-too familiar “You’ve got mail”?

Apparently, we do, and that can’t be a good sign.  I recently ran a sort of non-scientific snap digital poll across all my platforms that asked people to respond “yes or no” to a simple statement:  1990’s America was a freer, happier, better place to live than today.  The results were astonishing.  Fully 97% of the respondents agreed that the 90’s were better!  This would be staggering on its own without taking into considerations that unless everyone who participated was over the age of 40 (and remember my TPUSA campus following), people were indicating a preference for a decade in which they might not yet have been fully conscious, or possibly not yet even born.

This is a societal five alarm fire warning.  If 97% of people think that America was a freer, happier, and better place to live 30 years ago, then we have to ask ourselves, “What the heck are we doing?”

Going back to the time of Plato, philosophers have tried to answer the question of what it means to live “the good life.”  There have been about as many speculative answers to that question as there have been theorists contemplating.  We are no closer to a definitive answer than we were over two millennia ago.  The answer as to what it means to live a good life seems to rest in the mind of the individual with no clear universal agreement ever likely to emerge.

There does, however, seem to be universal agreement as to what living the good life is not.  It is not living in 2022 America.

In the journey to find the answer to the good life question, philosophers have digressed to take on numerous other topics, one of which has been the “progressive” (not the dirty-word version of progressive) nature of the human experience.  One such philosopher was the great thinker of the Scottish Enlightenment, David Hume.   To grossly simplify Hume, an effort that he, as the most noted skeptic of the Enlightenment, would view with more than a bit of skepticism, he concluded that history and the human experience were inherently and functionally progressive; us and things keep getting better, not worse.  What then would Hume, were he around today, make of this poll?

He would, most certainly, view skeptically its non-scientific nature.  But if we could get him past that technicality and get him to agree that the results were generally correct, perhaps he would have to reexamine his work.  How on earth could we have such a dim view of our collective present when compared to something from our relatively recent past?  The question gets further perplexing in light of the fact that we are living in the most comfortable, opulent, and abundant time and place ever seen in Hume’s progressive history.

We as Americans have all of the “stuff” that we could possibly need (with the exception of baby formula, but don’t worry.  Joe’s got this).  We sit in our ergonomic chairs, staring at 85” 4K flat screens while listening in 7-channel surround sound, and use our smart phones to “swipe right” on anything from Amazon to Tinder, making selections that satisfy our every want and desire.  Yet we aren’t happy?   Can it possibly be true that with tens of thousands of streaming viewing options available with a single click, all we really want to do is watch the latest episode of Friends?

It seems that as a people we are starting to figure out what the Grinch learned 65 years ago when he discovered that, “Maybe Christmas, he thought, didn’t come from a store?  Maybe Christmas, perhaps, means a little bit more?”  We are learning there is more to life than simple physical comfort.  America’s refrigerators are full, but its soul is empty.  Despite being buried in the plentiful “is,” we are longing for the “was” that we perceive existed only 30 short years ago.

We all know that things tend to look better in hindsight.  That is true in part because we choose the things at which we look.  We admire the courage of the “greatest generation” while we turn away from Auschwitz.  We gaze at the sky and visualize Neil Armstrong swinging from the crescent while we avert looking at street level to see Detroit and Los Angeles in flames.  The past looks better, in part, simply because of our own selective viewing.  Nothing is, or was, ever perfect.  Nothing is quite as we remember it.

It turns out that comfort and fulfillment are not synonyms.  There can be no argument made that suggests we were more physically comfortable in the 90’s than we are today.  Hume was at least partially right.  The human experience has clearly been progressive in terms of the “things” it can deliver.  The question to be answered is that of is our own happiness simply lagging behind our physical improvements, or has it been completely detached from them?

Freer, happier, and better, that is what people think the 90’s were when compared to today.  It is interesting that over the past 30 years we have had government at every level, and at the tacit request of a majority of the voters, step into almost every aspect of our lives to “help” us make more “optimal” choices that serve the “greater good.”  All of these things sound quite, well, progressive don’t they?  What’s better is that we can keep track of how wonderful things are just by checking in on our hand-held screens in between the loading and buffering of Tik-Tok videos.

Perhaps what dissatisfied Americans wishing for the return of better days are learning is that Ronald Reagan was right in identifying the ominous nature of the words, “I’m from the government and I’m here to help?”  Possibly they are discovering that non-optimal choices, made freely, are in fact optimal?  Maybe they are coming to realize that the “greater good” is neither of those two?

Feelings of nostalgia that are experienced within a tight time frame are nothing more than euphemized regret.  People aren’t wanting a return to the 90’s.  They are looking for an exit from the 2020’s.  The cure for our malaise isn’t to romanticize memories of Monica Lewinsky.  Let Bill do that.  What we need to do is take deliberate action to restore our own individual liberty and our own sense of self.  Happiness and smartphone technology can coexist, but personal desire, determination, and discipline are required to reconcile the two.

The answer to the question of why the 90’s look so much better than the present lies within each of us.  We didn’t travel passively from 1992 to 2022.  On the contrary, we as a people, one individual at a time, created the current set of circumstances that leave us discontented and wanting to recapture the glory days.  As volunteers and not victims, we have earned no pity, but we have created an obligation, one that calls us to action not simply for the sake of others, but apparently, according to this poll,  for our own sake.