To Tell the Truth: MSM Doesn’t Understand the Question on Republicans & Jackson 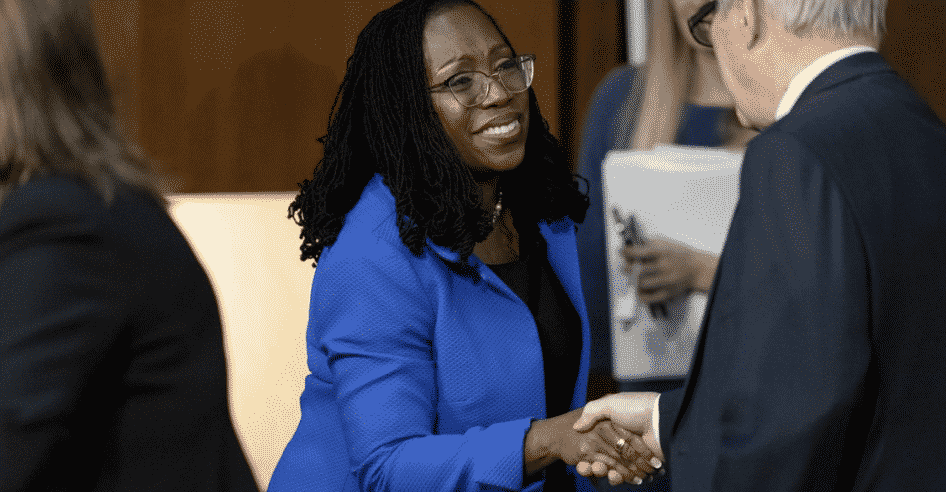 As has become customary when the news cycle requires that the Mainstream Media acknowledge the existence of even slight scrutiny of Team Left favorites, the coverage of Ketanji Brown Jackson’s confirmation hearings was more about the Republicans daring to question the judge than about Jackson herself.

The Washington Post, MSNBC and others were quick to run cover for Jackson when the Republican National Committee noted that she is a member of “a private D.C. club of the Washington elite” called the Cosmos Club.  The Post ran an entire article, attempting to debunk the RNC’s  indistinct concern with Jackson’s membership. The piece, titled “The exclusive D.C. social club of Ketanji Brown Jackson, explained” noted that “Republicans seized,” and sought to “wield her membership against her credibility.”

On MSNBC’s very serious Maddowblog, Legal Analyst Lisa Rubin reasoned that the RNC’s mention of the club was unwarranted due to its having had Republican members. The same piece called Jackson’s qualifications “nothing short of dazzling,” and suggested that readers “might think that Judge Jackson’s confirmation hearings should be a slam dunk,” but “Republicans won’t move on without a fight.”

MSNBC’s characterization of Jackson’s refusal to acknowledge the existence of womanhood boiled it down to being an exchange that “is sure to be heavily featured on Fox News and in future GOP fundraising emails” because of its “clear transgender rights subtext.”

Another contribution to the discourse from the Post attempts to somehow twist Jackson’s erasure of women into some sort of silent feminist victory. “Ketanji Brown Jackson defined what it means to be a woman, just not the way Ted Cruz and Marsha Blackburn wanted" the piece reasoned, explaining that “She defined what it meant to be a woman" because it took her a long time to respond to Sen. Ted Cruz's questions about children's books based in Critical Race Theory.

“She was measuring her words in front of a man who held her future in his hands. She seemed to be making an effort not to offend him even as he said offensive things.”

“She was a woman when she quietly dabbed her eyes after a heartfelt tribute from Sen. Cory Booker (D-N.J.) — ‘You’re here, and I know what it’s taken for you to sit in that seat’ — and then probably had to wonder whether her tears would be seen as too emotional for a Supreme Court justice. Too emotional in the wrong way. A womanly way.”

Jackson wouldn’t define what it means to be a woman, so The Washington Post attempted to do so for her — and its chosen definition was someone who cries under pressure and is scared of answering questions from men.

Headlines from CBS News like  “Republicans try out midterm messages during Ketanji Brown Jackson hearings and “Friends reveal how early they predicted Ketanji Brown Jackson would serve on the Supreme Court” are a far cry from 2018’s “Yale Classmate Says Brett Kavanaugh Was A ‘Heavy Drinker’” and “Supreme Court nominee Brett Kavanaugh on why he didn’t shake Parkland father’s hand.”

To Tell the Truth: when the Right has legitimate questions for those on Team Left, like about a SCOTUS nominee’s lenient sentencing of child pornographers, the Mainstream Media makes a consistent, uniform, transparent attempt to distract every day Americans. Forget the answers to the questions, it is the questions that are upsetting. They shouldn’t ask questions and neither should you. That’s “seizing.” That’s “wielding” and “attacking,” even “exploitation.” You wouldn’t want to be seen as one of those QAnon people would you? After all, those are the people who are curious about Jackson's record, according to the New York Times.