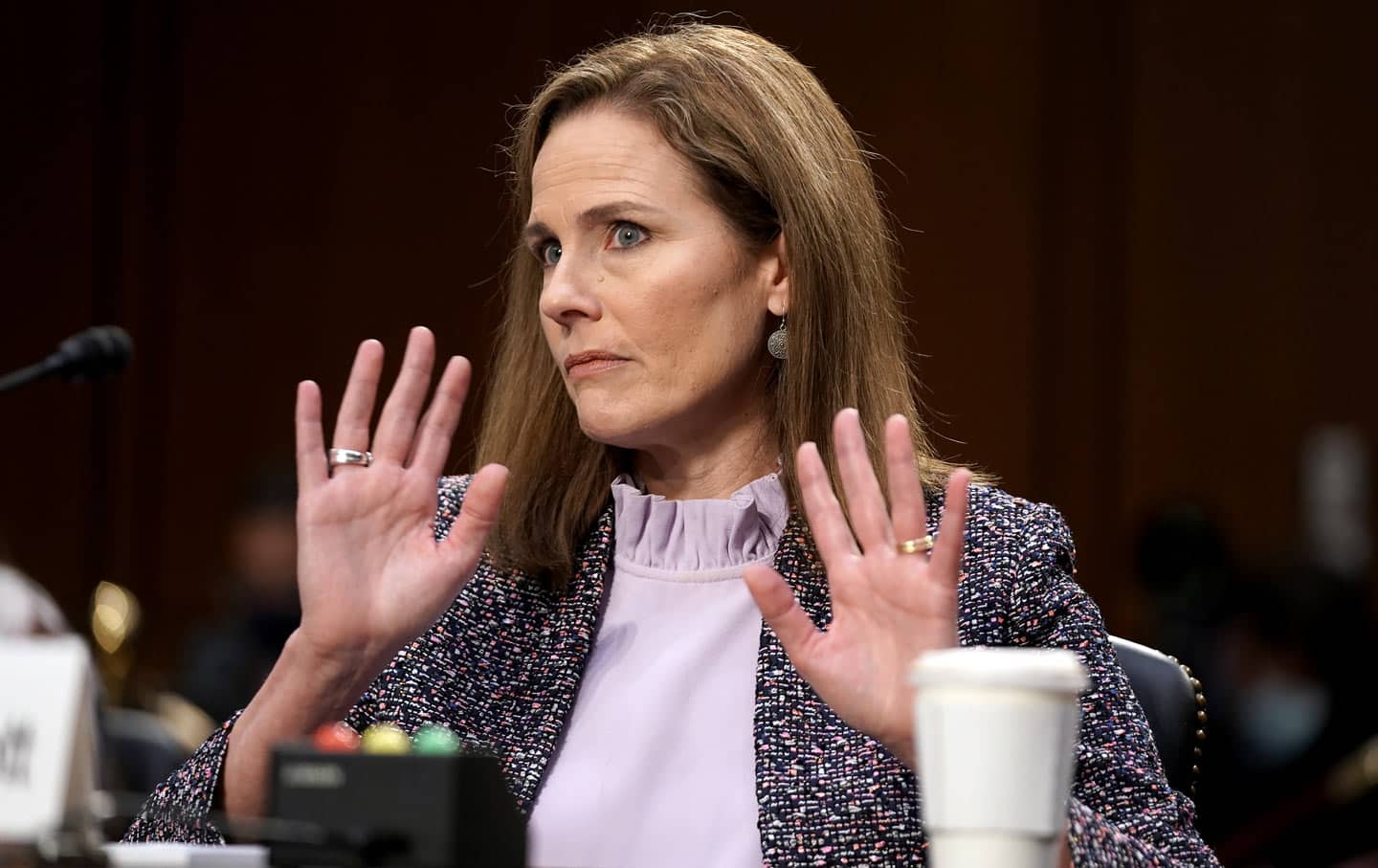 Long after Supreme Court Justice Amy Coney Barrett was sworn in, the mere sight of her still leaves many feeling “stabby,” as one Twitter user so eloquently put it.

A camera shot of the justice’s face during Joe Biden’s Tuesday State of the Union Address inspired an outpouring of team left’s particular brand of love and tolerance.

Twitter users, emboldened by their keyboards, attacked Barrett for her religion, often under the (not so well-constructed) guise of abortion politics. One twitter user who describes herself as a “blue dot,” and climate activist mocked Barrett, suggesting that she would be more comfortable “in the kitchen” with her “cross and prayers” than on the United States Supreme Court.

Others were less creative, but equally hateful in their reactions:

“Amy Coney Barrett is sinister,” wrote a twitter user with the phrase “Democrat and democracy” in his bio. “The hate in her eyes when Biden spoke of a woman’s right to choose was palpable.”

“I despise Amy Coney Barrett with every fiber of my being,” wrote a Biden supporter by the name of “Dr. #DefenderOfDemocracy💉#ReproductiveRights.”

And still others resorted to the ol’ reliable mental gymnastics of comparing a U.S. Supreme Court justice to the oppressed women from “A Handmaid’s Tale,” a dystopian novel and television series in which women are property of the state.