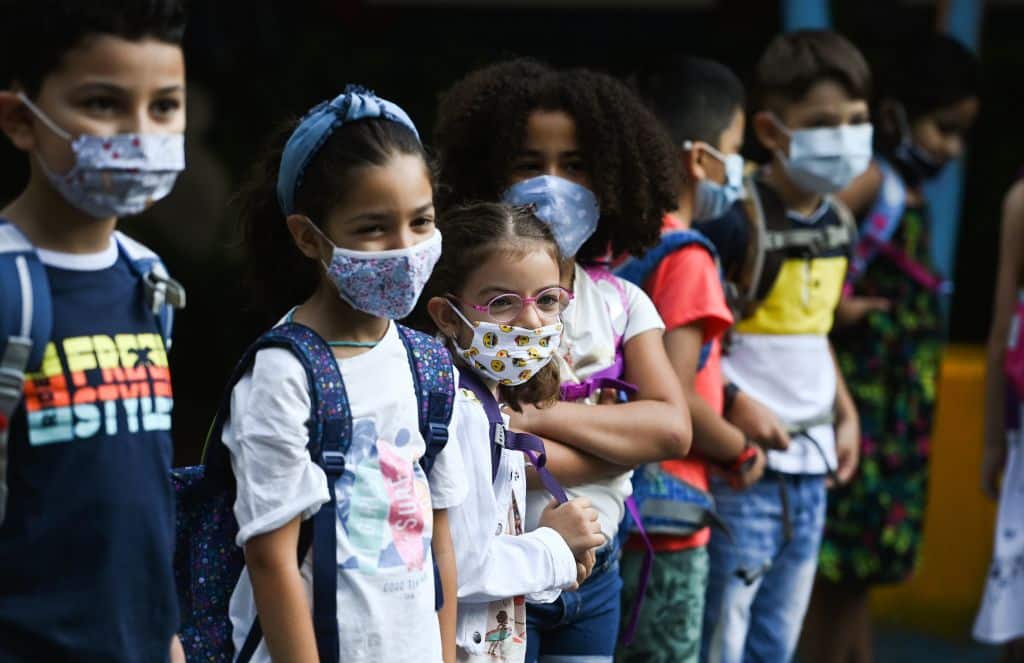 Dr. Mark McDonald, the California-based psychiatrist and best-selling author of "United States of Fear," took a bold step toward restoring national sanity yesterday when he notified the parents of child patients that he will no longer tolerate their arbitrary masking, indicating the practice as being abusive.

"Effective immediately, all forms of child abuse will no longer be tolerated in my office, this includes the masking of children," the letter starts. McDonald then goes on to cite the impact on child development that's been noted over the past 24 months.

Human Events asked McDonald why he chose to write the letter at this particular moment. "While speaking with attorney Nicole Pearson on the Informed Dissent podcast, who recently won a lawsuit against the LAUSD to block vaccine mandates in LA’s public schools, the subject of mask mandates for children came up. When she said, 'This will end tomorrow—if everyone just says no and refuses to go along with it.' I decided it was time for me to say no at my private practice, by refusing to allow children to suffer the abuse of masking their faces."

McDonald has gained notoriety due to his repeated condemnation of America's overly fearful reaction to the Chinese coronavirus and the damage it has done to social structures and personal relationships.
He has his own website, DissidentMD.com, and a regular podcast which led to the inspiration for his letter to patients. A past guest on the Human Events podcast, Humans Making News, he is set to speak Tuesday evening at the prestigious Liberty Forum of Silicon Valley.
When asked if he thinks parents are deliberately exploiting their children for political purposes, or if they are genuinely of the belief that masks are needed for child safety, despite evidence to the contrary, he said, "Parents who mask their children are abusing their children. They are doing it for a variety of reasons, though. Some parents are political ideologues and will sacrifice everything—even the well-being of their children—to thumb their nose at the 'other side.' Others are brainwashed and continue to believe that their children are only “safe” when their faces are covered."
McDonald continued: "Finally, a third group whom I call 'fear addicts' project their fear onto their children in order to relieve their own anxiety. It is the third group that is amenable to treatment and recovery, but only if they acknowledge their addiction and decide to overcome it."
Masks, Mask mandate, Dr. Mark McDonald, Dr. Mark McDonald
201275
N/A by N/A is licensed under N/A