To Tell the Truth: WaPo Misleads on Mercola to Mislead on Substack 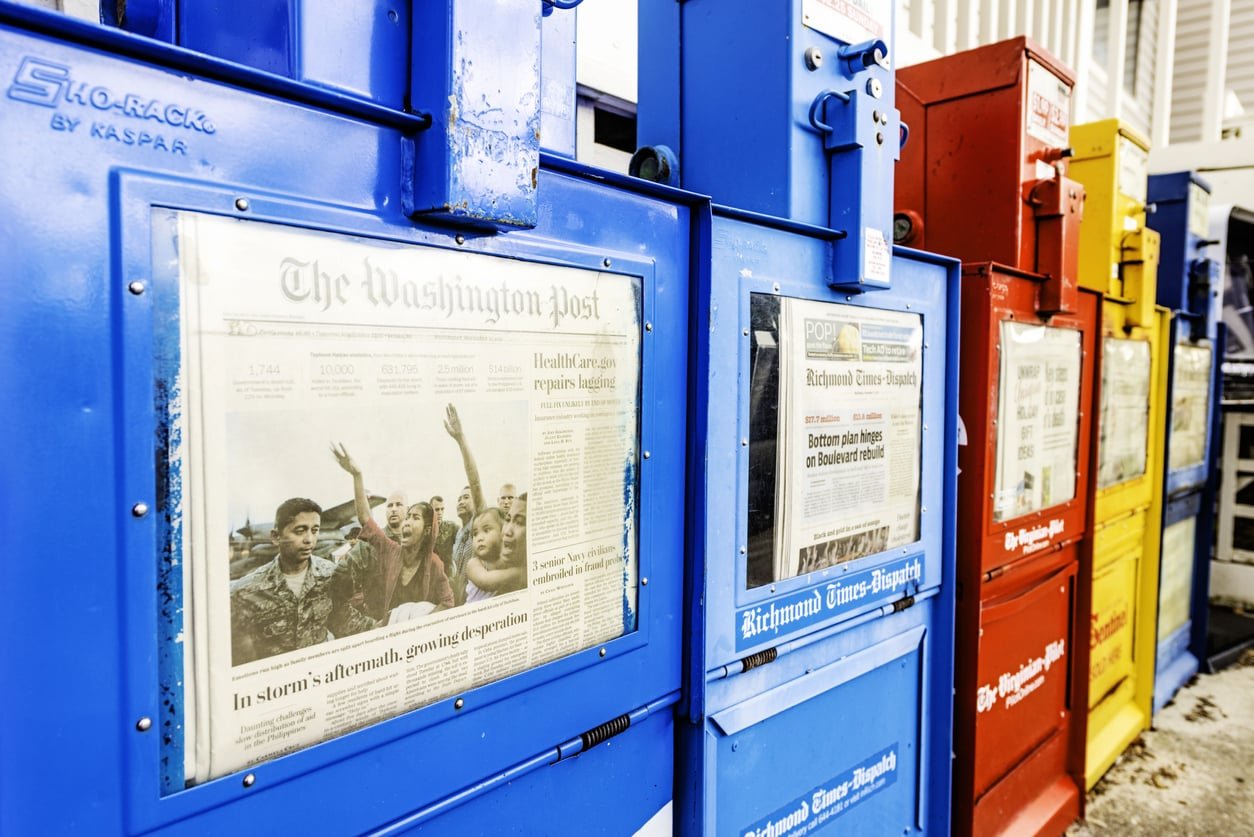 Our friends at The Washington Post, ever concerned about protecting America’s non-existent “democracy” from the mortal threat of “darkness,” are sounding the alarm bells about growing threat of uncontrolled information.

In a recent piece titled “Newsletter company Substack profits off misinformation," WaPo warns of Joseph Mercola, a “leading anti-vaccine advocate whose screeds have been restricted by YouTube and Facebook," and the fact that he has not yet been completely excommunicated from the internet.

In order to prove Mercola a peddler of misinformation, WaPo notes that “this month he warned that the unvaccinated might soon be imprisoned in government-run camps.”

It is an interesting piece of “misinformation” to lead with, considering the recent Rasmussen poll that found 45 percent of Democrats favor the government placing the unvaccinated in “designated facilities,” alongside the fact that Australia has already been imprisoning its own citizens in camps over COVID concerns.

Rather than mention either of these tidbits, WaPo claims that “the claim about potentially putting the unvaccinated in prison camps is a misleading reference to a New York bill from 2015 that relates to Ebola, not the coronavirus, according to Reuters,” and does not provide a link to said Reuters report.

“The week before, he circulated a study purporting to use government data to prove that more children had died of covid shots than from the coronavirus itself,” the piece continues.

WaPo does not identify or cite this study, nor does it go so far as to directly accuse the study of being incorrect or fraudulent. For readers, of course, an unnamed mystery study is hard to independently verify or debunk.

Mercola and his beliefs aside, it isn’t he that WaPo is after — It’s Substack. Mercola employs Substack’s service to distribute his newsletter to his readers. Substack retains a fee for this service. And that simply cannot be allowed.

“These newer platforms cater to subscribers who seek out specific content that accommodates their viewpoints — potentially making the services less responsible for spreading harmful views, some misinformation experts say,” WaPo reports. “At the same time, the platforms are exposing tens of thousands of people to misinformation each month — content that can potentially lead people to engage in behaviors that endanger themselves and others.”

Substack, a subscription-based platform for online creators, has naturally become a home for individuals “cancelled” by, or otherwise estranged from peers within their fields.

For example, it is now the primary form of publication for journalist Bari Weiss, who famously resigned from The New York Times in 2020, citing “constant bullying by colleagues who disagree with my views,” because of her own “forays into Wrongthink.” Her public resignation letter bashed the Times for allowing Twitter to “become its ultimate editor,” and treating “intellectual curiosity” as a “liability.” And so she left mainstream media; Weiss’ readers can now find her work on her Substack.

Journalist Glen Greenwald, who himself has turned to Substack as a channel for his own independent work, called out WaPo’s attack on the platform in his recent newsletter, calling it a “paint-by-numbers hit piece virtually identical to the one it published last year about Rumble.”

“It is, evidently, extremely dangerous to society for voices to still be heard once Google decrees they should not be,” wrote Greenwald.

These days, the easiest way to get something disappeared from the internet is to peg it as not only “misinformation,” but COVID-19 or vaccine-related “misinformation.” Present something or someone that you don’t like as a threat to public health, and America’s largest news sources will go to battle for you to erase it from the face of the internet.

The Center for Countering Digital Hate, a nonprofit whose overarching mission is to completely remove certain types of content from the internet, did this successfully last week, via The Washington Post.

The Center for Countering Digital Hate seeks a “a world free from online hate and misinformation,” and pushes various online campaigns to remove certain “targets” from the web. It has launched such campaigns to pressure advertisers to pull their support from sites like Rebel News and Breitbart.

In WaPo’s claim that “Substack is making millions off anti-vaccine content, according to estimates,” the “estimates” referenced are figures provided within comment to the outlet by Center for Countering Digital Hate CEO Imran Ahmed.

WaPo cites the center’s CEO Imran Ahmed, who claims “Substack generates at least $2.5 million a year in revenue from just five anti-vaccine leaders who have amassed tens of thousands of subscribers, each paying $50 a year,”

The story features the following correction:

The same article notes multiple times that Substack only retains 10 percent of revenues. Yet WaPo’s piece claims that Substack is “making millions” off of this particular kind of information.

The correction noted above seems to indicate that the original version of the article was even more misleading than the current.

To Tell the Truth: The Washington Post’s attack on Substack is shoddy reporting in its conflation of “making” and “profiting” millions, sure. Its framing of internet censorship advocates as objective experts is dishonest, yes. But that’s nothing new. The piece is notable because it is a threat to a marketplace competitor, a warning to fall in line. Substack is an alternative to outlets like The Washington Post —both from the perspective of the consumer and the journalist. And it is gaining traction. In an effort to remain relevant, The Washington Post is willing to use its megaphone to subvert Substack’s neutral branding, and peg it as a Mecca for liars and whackadoodles.