Virginia – A Republican Road Map to Win Back the Suburbs 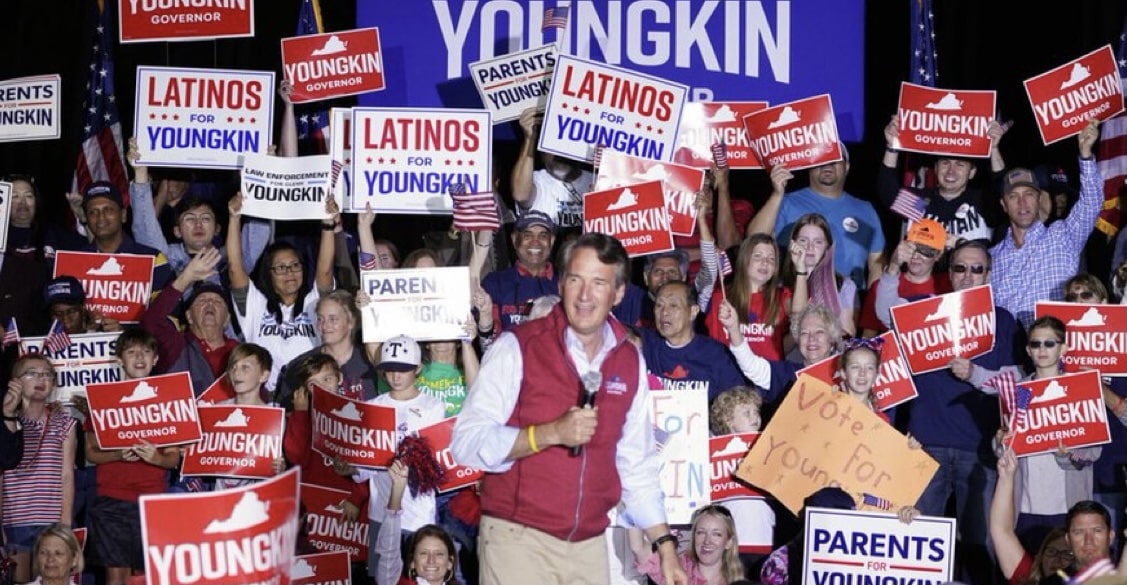 It is rare that a gubernatorial race captures the attention of the nation the way that the Virginia’s Governor’s race has over the last few weeks. It is not without reason.

The race in Virginia is the political perfect storm. It is an off-year election in the first year of a new President’s term. It is the first real test of the Democrat’s 2020 electoral coalition, in a state that was once reliably red that has shifted dramatically over the last ten years. Those facts alone would be enough to turn a statewide race into one with national implications. However, throw in the fact that Virginia has been ground zero for parents’ efforts to take back our schools and that this issue has galvanized conservatives and independents in an unprecedented fashion and you have all the ingredients for the political perfect storm.

The outcome of the Virginia Governor’s race will tell us a lot about the prospects for the 2022 mid-terms, about the future of Biden’s presidency and about the mood of the electorate. All of those are important tea leaves to be read, but for conservatives who are interested in growing our political coalition, the race may provide a road map for how to win back the suburbs.

The political coalitions of both major parties underwent a substantial realignment in 2016, when President Donald J. Trump captured working class voters with his populist message. Trump’s reshaping of the GOP into the party of the working-class, however, did come at a price. The suburbs and exurbs, once reliably Republican, started voting for the Democrats.

This political realignment allowed Trump to carry traditional Democratic states like Pennsylvania, Michigan and Wisconsin in 2016 – propelling him to the White House. While Trump’s GOP made significant strides in the Rust Belt, states with heavily suburban and exurban populations – like Virginia – slipped further away from Republicans.

Virginia hasn’t elected a Republican statewide since Bob McDonnell (R) defeated Creigh Deeds (D) in 2009. Hillary Clinton (D) defeated Trump in the Commonwealth by 5% and Biden doubled that in his 2020 win. Biden’s margin of victory was fueled by huge wins in the suburbs and exurbs. Indeed, Loudon County, which has been ground zero for the education debate, and which former President Obama carried by just 5 points in 2012,was carried by Biden in 2020 by a staggering 25 points. Similar swings were seen all across the suburbs and exurbs of northern Virginia.

The conventional wisdom became that in this post-Trump era for the Republican Party the GOP would have to pick between working class voters or suburban voters – that it was simply impossible to win over both.

Then along came Glenn Youngkin and the Virginia’s Governor’s race of 2021. In many ways Youngkin was like Trump – a political newcomer, an outsider and a successful businessman. Youngkin was certainly not the most Trumpish of the Republicans who sought the nomination – that would go to Virginia State Senator Amanda Chase – but Youngkin embraced Trump, championed election integrity and happily accepted Trump’s endorsement after he secured the nomination.

Youngkin, on the other hand, launched his campaign focused on education and the economy, and – to his credit – has been amazingly disciplined throughout the campaign.

As the polls began to close and McAuliffe’s bizarre campaign against someone not on the ballot went nowhere, McAuliffe’s message zigged and zagged from day-to-day.

In their last debate at the end of September, the approaches of the two candidates couldn’t have provided a more stark contrast for voters. Throughout the entire debate McAuliffe came off as annoyed with even having to answer questions or share the stage with Youngkin. His dismissive, condescending and combative style was a dramatic contrast to Youngkin’s smooth, polished and even-keeled performance. It’s not just on style that Youngkin won, when it came to Youngkin’s signature issue – education – McAuliffe incredulously told viewers, "I don’t think parents should be telling schools what they should teach."

The fallout from the McAuliffe debate gaff was immediate. The Real Clear Politics average of polls saw McAuliffe’s lead of +5 completely evaporate.

As McAuliffe’s poll numbers continue to slip, McAuliffe’s attacks have become even more desperate. After ignoring the issues raised by concerned parents over the teaching of Critical Race Theory (CRT) and the sexualization of children in our schools for most of the campaign, McAuliffe recently pivoted to accusing parents who voice these concerns of being racist. McAuliffe also called Youngkin’s laser-focus on education issues a “racist dog-whistle.”

The results of this new McAuliffe approach appear to be doing little to gain traction for his campaign, indeed just this week, Fox News released a poll that showed McAullife had gone from +5% in mid-October to trailing Youngkin by 8%. An unbelievable shift of 13 points in barely over two weeks.

Let me be clear, there are no moral victories in politics. If Youngkin comes close but in the end comes up short then his campaign will be just another chapter in the book of missed opportunities for the GOP.

If, however, Youngkin is successful, which given the demographics of the state will mean he dramatically improved on Trump’s numbers in the suburbs while turning out working-class rural voters, then Youngkin’s campaign may prove that the GOP doesn’t have to choose between working class voters and suburban voters.

If Youngkin wins, it will prove that a Republican can win statewide – in a state Biden won by double digits – by embracing President Trump, by embracing election integrity and continuing to be the party of populism. While at the same time making dramatic inroads in suburban and exurban areas by focusing on education and the economy.

A Youngkin victory could provide a road map for the GOP going forward when it comes to growing the party and winning back suburban and exurban voters.