An Antifragile Movement: Conservative Diversification and Enthusiasm Making Us Impossible to Stop 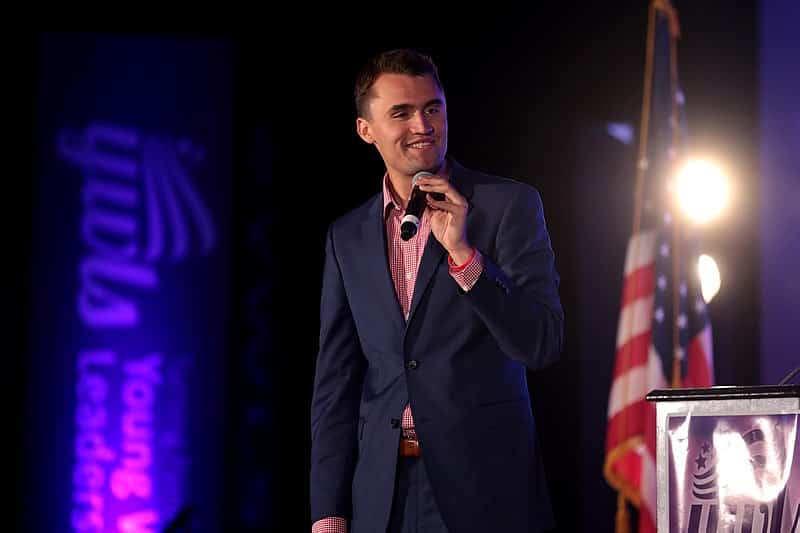 I am starting to see blue sky at the far edge of the American political horizon.  Make no mistake, the clouds of collectivism and globalism are still overhead, and we are right in the midst of experiencing the hell and fury that their storm brings.  That said, better days are visible, and the cause of the cloud break is the newly found antifragility of the conservative movement.

In 2012, the brilliant trader turned independent scholar and philosopher Nassim Nicholas Taleb introduced a new term, Antifragile, into the American lexicon in his book of the same title.  Taleb was making the argument that we did not have a word to properly describe what would be the antithesis, or opposite, of “fragile.”   He wrote:

Some things benefit from shocks; they thrive and grow when exposed to volatility, randomness, disorder, and stressors and love adventure, risk, and uncertainty.  Yet, in spite of the ubiquity of the phenomenon, there is no word or exact opposite of fragile.  Let us call it antifragile (emphasis added).

An overarching theme within Taleb’s brilliant and original work is that large single complex systems are subject to the risk of catastrophic failure from a single event.  The man who also wrote the book, Black Swan, and who predicted the collapse of the mortgage market in 2007-08, noted that systemic risks existed from both unpredictable and more highly probable events.  A layperson’s way of oversimplifying the concept might be to reduce it to the phrase “don’t put all your eggs in one basket.”

Taleb distinguished his new term from the others traditionally thought of as the opposite of fragile (terms related to “surviving”) in the following manner:

Antifragility is beyond resilience or robustness.  The resilient resists shocks and stays the same; the antifragile gets better.

This is exactly what is happening today within the conservative movement led by the people not by the politicians.  With every blow that has been delivered to us by our collectivist opponents who are intent on destroying the American Constitution and all its supporters in the process, we have been getting stronger.  We are not surviving, we are thriving.

Our opponents did not foresee this.  They thought that once they got Donald Trump out of office and inserted Joe Biden into office, we would take that as a sort of fatal single death blow.  It has had exactly the opposite effect.  The reason can be traced directly to the ideas of Taleb and our freshly acquired antifragile status.

It had previously been the case that conservatives were tied to the fate of the Republican Party.  Whatever was the state of the party nationally, or state by state, in the moment dictated the state of the conservative movement.  Our identities were inseparable.  We were monolithic.  That made us very susceptible to a single powerful attack and created inherent systemic risk.

The perfect example of that came in the early 1970’s with the collapse of the Nixon presidency and the Watergate scandal when the Republican ‘brand” fell into disrepute and Democrats were able to pick up a large number of seats in both the House and Senate.  Republicans also lost ground elsewhere around the country.  One bad Republican at the top derailed the entire movement for over half a decade.

Today, however, the conservative movement is not centered around one man, although it has been galvanized by one man’s courage and ideas.  Donald Trump taught conservatives how to fight.  He exposed the corruption in Washington, in the media, and elsewhere.  In so doing, he drew the wrath of the establishment and had all their weaponry pointed directly at him and his followers.

The effort to defeat Trump worked, but inside of the success may well have been the seeds of its own eventual failure to extinguish the movement.  Mainstream media consolidated and unified in anti-Trump reporting, even to the point of neutralizing Fox News which was viewed as the epicenter of conservative content.  Now numerous conservative media outlets have emerged, no single one more powerful than any other.  Facebook, Twitter, and Google through its YouTube platform all engaged in shutting down conservative voices and now new social media sites are popping up everywhere.

The efforts to wipe us out have been pervasive and extreme.  The DOJ threatens parents who attend those school board meetings.  The cancel culture comes after people in the entertainment industry and in the workplace, but they keep making films and they keep finding jobs.  Twitter even kicked out a sitting President of the United States!  Last time I checked we are finding a home on Telegram and Gettr.

Taleb points to what we might call the restaurant row phenomenon.  In most cities, you can name one or more areas where people go to find a cluster of restaurants.  Typically, this is a destination where a hungry family can hop in the car and drive toward knowing they are going to “find somewhere” to eat.  There are always a lot of choices.

What they can’t count on is that the same choices will be there year after year.  One new restaurant might open, while another will go out of business.  Two new ones might get built while one shutters its doors.  Through the growth and the loss one thing would remain constant; the area would remain a strong site for restaurants.  It would even expand over time.  The individual failure of one or more contributes to the success of the whole by virtue of teaching lessons about what works and what doesn’t.  With every new entrant and every failure, the “restaurant row” becomes healthier.  It is antifragile.

You can’t kill restaurant row because there are too many diverse restaurants to fail all at once.  That is what is happening in today’s conservative movement.  We are opening political restaurants everywhere and we are serving a very diverse course of issues in all sorts of settings.

This is wearing out our opponents.  Jon Stewart is warning that President Trump could become President Trump once again in 2024.  There are resignations from “Team Biden.”  The President’s poll numbers are bad and while part of that is from Republicans and independents who don’t like socialism, part of it is from his own supporters who are mad he couldn’t find a way to finish us off.  They want to know why we seem to be getting stronger.

It is because we are fragmented and spread out.  There is no central point to attack.  Going after “Republicans” doesn’t help Democrats or collectivists.  Many of us don’t even identify as Republicans and still fewer of us are acting on behalf of the party.  Our actions are self-directed, only loosely coordinated, and almost random.

Regarding randomness, Taleb had this to say:

We have been fragilizing the economy, our health, political life, education, almost everything by suppressing randomness and volatility.  Just as spending a month in bed leads to muscle atrophy, complex systems are weakened, even killed, when deprived of stressors…everything bottom-up thrives under the right amount of stress and disorder.  The process of discovery itself depends on antifragile tinkering, aggressive risk bearing…

Conservatives have been tinkering aggressively since their demise was prematurely predicted after January 6th.  A new group pops up every day.  A new initiative is launched in an American town every evening.  It is natural and organic.  It is unplanned and it is decentralized.

Let that last point serve as a warning to those in the conservative movement who think that we need an approach to fighting our opponents that is somehow cohesive and centrally managed.  Our momentum being built this year is happening without any sort of centralized planning or oversight.  In fact, we are using that momentum to help defeat central planning-types.

If we had a strong, centralized command center, perhaps that unity would make us more robust.  That said, being robust would at this juncture be a step backwards.  Right now, we are antifragile, the opposite of fragile.  Right now, antifragile is a very good thing to be.