Good For You, Not for Me! Chicago Mayor Lightfoot Caught Maskless at WNBA Game 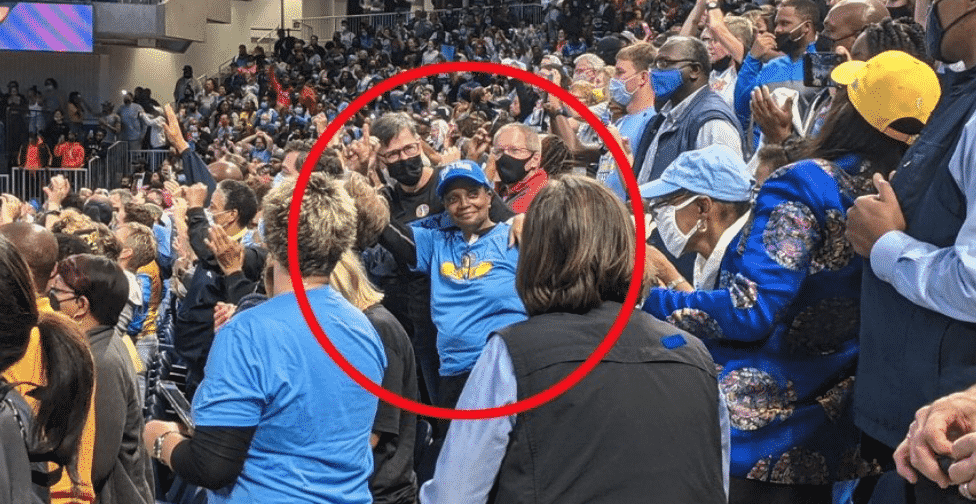 Chicago Mayor Lori Lightfoot was caught violating both local and state mask mandates when she was seen at the WNBA finals without a mask.

The Chicago Sky beat the Phoenix Mercury 80 to 74 at home on Sunday, with Lightfoot and fans filling up Wintrust Arena for the final game, Fox News reports.

After the buzzer, Lightfoot posted a picture on social media of her celebrating maskless among a crowd of masked fans, directly disobeying her own city’s mandate.

Not only did she violate her city’s mandate, she disobeyed Illinois state law as well.

“The Wintrust Arena is following all state and local mandates which require guests to wear masks indoors at all times, except when eating or drinking,” the arena’s website says.

Chicago’s mask mandate went into effect in August, requiring masks indoors for all, regardless of vaccination status.

On Sunday, Chicago’s public health commissioner Dr. Allison Arwady said she hopes the mask mandate will conclude by the end of 2021.

“For the next few weeks, at least, it is here to stay,” she said. “We’re a little over 300 cases right now, so when we’re halfway in that substantial mark, we will recommend taking them off.”