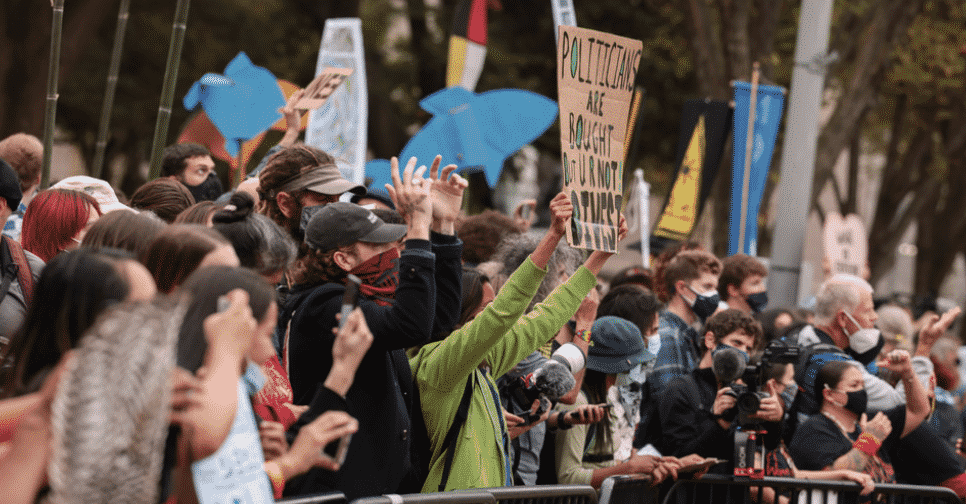 The protesters vandalized a statue of former President Andrew Jackson - like a tornado, nothing in their way stood a chance.

The Build Back Fossil Free coalition is hosting a five-day series of protests in efforts to make Biden declare a national climate emergency and end projects involving fossil fuels.

SiqiNniq Maupin, director of coalition core member the Sovereign Inupiat for a Living Arctic, told Fox News that the protest was happening because they believe Biden needs to follow through on his campaign promises.

“People are dying right now from the pollutants, the toxins, the climate catastrophes that are happening - and we have to stop the harm,” Maupin wrote in an email. “Biden’s election was riding on climate change; his entire election hinged on turning out people of color and Indigenous people.”

“But when it really comes to what matters, our lives are still being sacrificed for oil and gas,” Maupin continued. “That’s why we’re here today.”

The coalition in question is a nonprofit focused on ensuring “Biden becomes the climate president he promised to be,” according to its website, and is supported by several businesses and organizations.

Each day of the five-day protest will feature a theme. Monday’s protest was centered on Indigenous Peoples Day.