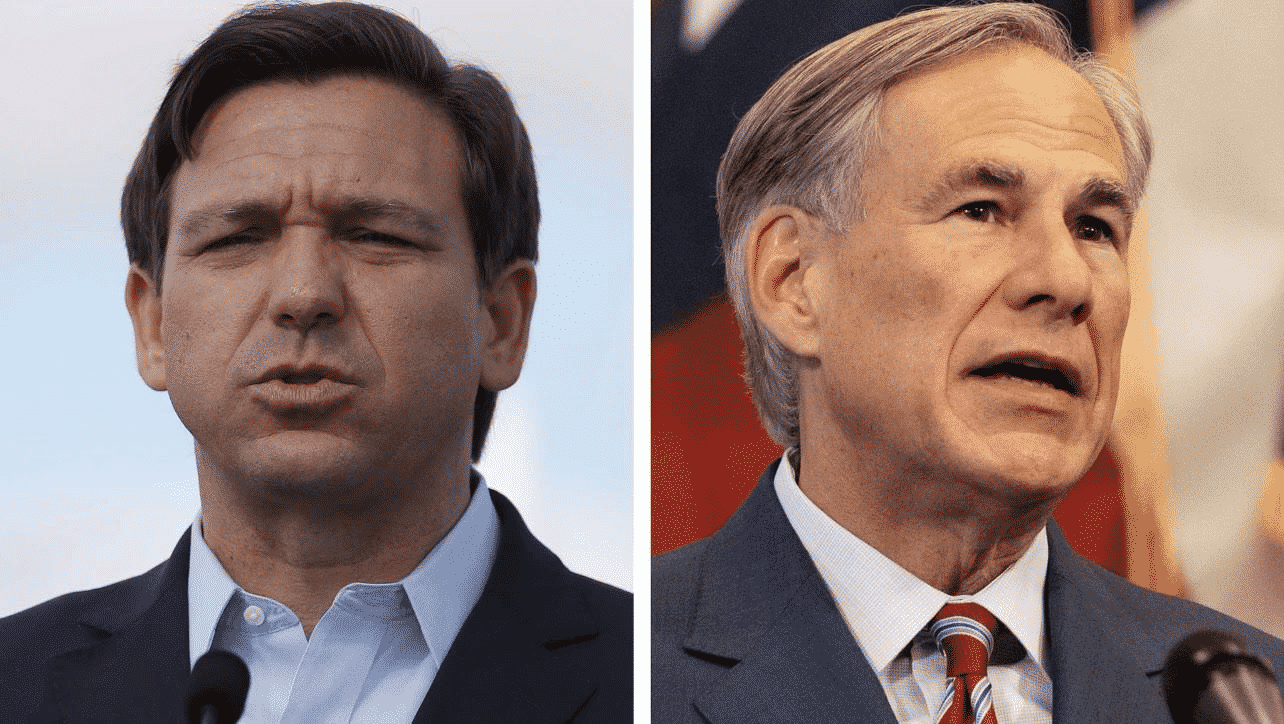 Florida Gov. Ron DeSantis and Texas Gov. Greg Abbott are both again showing their willingness to stand up for their respective states against an increasingly authoritarian and incompetent federal government.

In the Sunshine State, Ron DeSantis is moving to buy antibody treatments directly from the manufacturer following Biden’s decision to tighten the reins on distribution.

“This is a dramatic reduction, and I’d say it’s doubly problematic because what Shane Strum and folks in Tampa General and these other hospital systems that have been doing this, they’re not getting it from the state.”

DeSantis said that he is going to fight to ensure that Florida can “overcome the obstacles that HHS and the Biden administration are imposing on the state, per the Daily Wire.

“To kind of pull the rug out from anyone a week after the president himself said they were going to be increasing the distributions by 50%, it's very, very problematic,” he said. “What I am doing though, is we’re going to try to cover the bases.”

DeSantis said he spoke to GlaxoSmithKline executives and thinks Florida will be able to order their new monoclonal antibody directly from the manufacturer so he won't have to deal with Biden’s restrictions.

Meanwhile, in Texas, Gov. Abbott shut down six ports of entry from Mexico to combat the influx of illegal immigrants crossing the border.

“The sheer negligence of the Biden Administration to do their job and secure the border is appalling,” Abbott said in a statement Thursday, per the Daily Wire. “I have directed the Department of Public Safety and the Texas National Guard to surge personnel and vehicles to shut down six points of entry along the southern border to stop these caravans from overrunning our state.”

“The border crisis is so dire that the U.S. Customs and Border Protection is requesting our help as their agents are overwhelmed by the chaos,” he continued. ”Unlike President Biden, the State of Texas remains committed to securing our border and protecting Americans.”