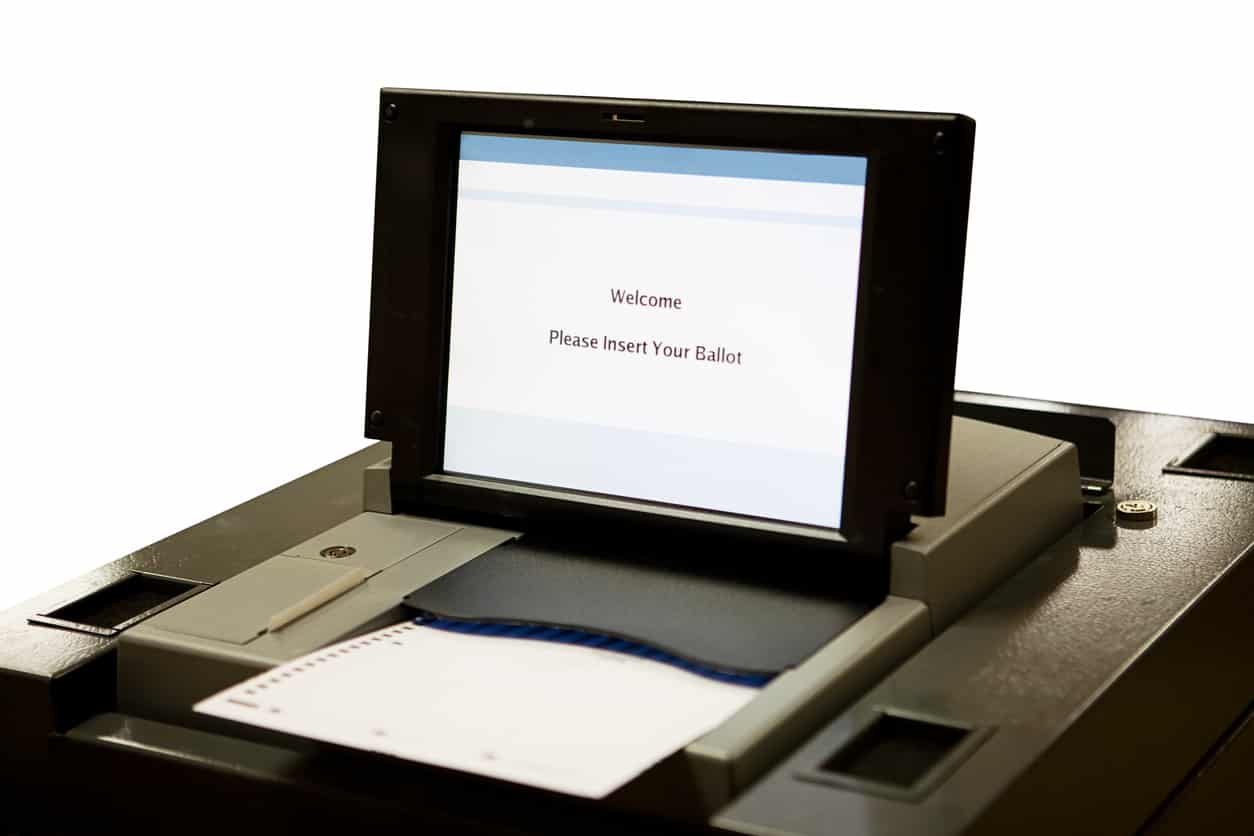 This month, the New Hampshire citizen group Marigold Coffee Club launched a campaign to remove most, if not all, voting machines in the state. The effort is petition-based and uses a one-by-one community approach.

A visit to the group’s site, MarigoldCoffeeClub.org, shows the logo for “2021-Remove the Machines Campaign-New Hampshire.” Through the site a person can sign a petition asking for their town council or board to schedule a hearing to discuss holding a special election to remove outdated, mechanized machines and replace them with a more traditional hand-counted vote method.

In addition to the petition designed to request such a meeting through a normal process, the site also offers a second document for signature, a “warrant article”, which is essentially a vehicle designed to compel a local council or board to hold a hearing on a particular matter. The warrant article is being proposed as a fallback should the more traditional petition process become ineffective in any particular jurisdiction. Having the warrant article signed now will allow the movement to more easily move to the next step in places where the petition is not recognized.

If both measures should fail in this calendar year, the process will be rejoined in early 2022.

“This is not a partisan issue,” says Felisa Blazek, a grassroots activist and event organizer who is one of Marigold’s founding members and a leader of the 2020 vote audit efforts in Windham, New Hampshire. “Whether you are a Republican or a Democrat, the results of the audit in Windham showed that if your ballot is folded in some way the machine won’t count it. That means that no matter who you voted for your vote might have been ignored. We want anyone who thinks all votes should count to get on board with this effort.”

Blazek is referring to the audit of Windham voting machines that took place earlier this year after 2020 election results in that southern New Hampshire hamlet were revealed to have serious discrepancies. The issue surfaced during a hand recount which took place in late 2020. The citizens in Windham, led by Blazek and others, forced the state legislature and governor to pass a special purpose law authorizing the audit. At the time, Human Events News covered the events in a series of articles and opinion pieces.

As reported in May the Audit concluded that the source of the problem was machines not being able to properly count, and therefore rejecting, ballots that had a particular fold pattern. Approximately 60% of the votes that were not counted were rejected because of the fold issue. According to Blazek, New Hampshire has a problem with both the age of voting machines and the fact that a significant percentage of them are controlled by the same manufacturing company.

The Marigold site also allows for a person to sign up to become a “Town Leader.” The role of TL is to be the organizer for that locale’s petition and to serve as liaison to the town clerk’s office. The TL then makes certain that the petition is delivered and properly processed and submitted for board or council action. Finally, TLs would also assist with any corrections or troubleshooting that might arise during the process.

“We are getting a great response from people asking to be leaders, even in towns that were not originally targeted.  We are also getting inquiries from folks in states outside New Hampshire wanting to know how they can start a similar effort,” Blazek says.  “People are genuinely excited.  Many have lost faith in the voting process and are looking for something to do.  This gives them a chance to be part of a solution and not to just complain about the problem.”

Marigold is undertaking this effort strictly by using volunteers and petition signers and is not raising any money behind the effort. “This is as grassroots as it gets,” Blazek states. “We do not want or need this movement to be controlled by anyone’s dollars. It is strictly being controlled by the hard work of citizens. We are doing it because it needs to be done, not to try and profit.”

Asked what success looks like, short of every voting machine in the state being removed, Blazek gets philosophical. “As hard as it is sometimes to get the first person in the room to stand up and shout, it is often a lot more difficult to get the second person, and the third person, and so on, to do the same.  We wanted New Hampshire to be the first one to stand up and raise one loud voice. Now it’s our hope that through our initiative we will see the effort replicated elsewhere. Our inquiries from leaders in other states indicates that it is already starting to happen. That’s what success looks like.”