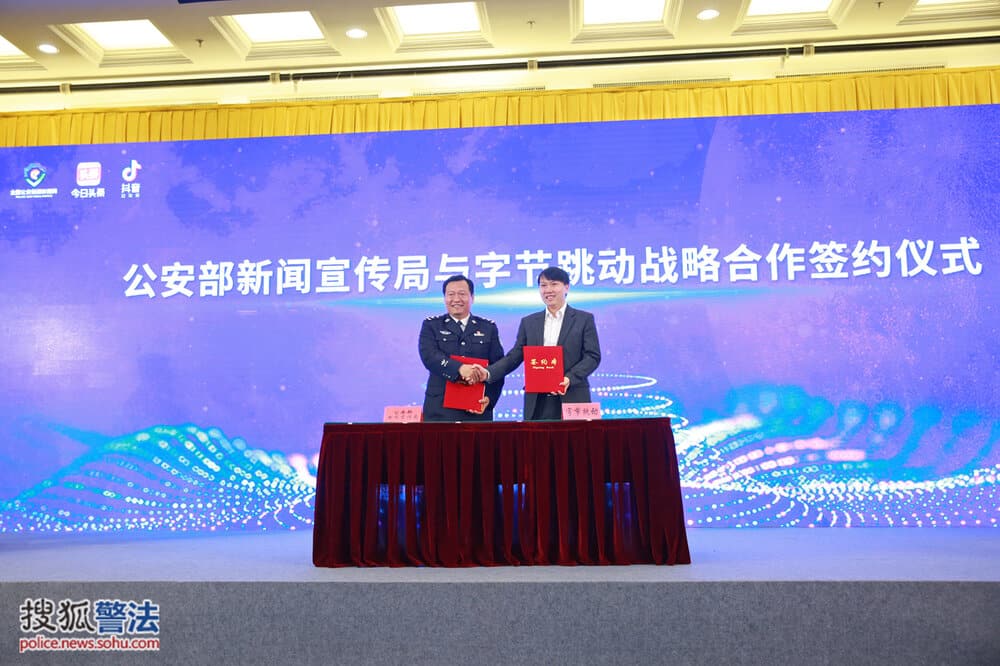 ByteDance, the owner of the explosive social media app TikTok, is in direct collaboration with the Chinese State Police.

According to Chinese media outlet Sohu, on April 25, 2019, the Press and Propaganda Bureau of the Ministry of Public Security and ByteDance signed a strategic cooperation agreement.

During the ceremony, held in Beijing, Secretary of the Party Committee and Director of the Press and Propaganda Bureau of the Ministry of Public Security Zhan Jun pointed out the changes in recent years.

They are focused on the "ecology of social public opinion, media communication patterns and audience reading habits" as well as "public security propaganda and dissemination of power, influence and credibility.”

“In the next step, we will further increase the in-depth cooperation with ByteDance in the creation and production of new media content, further enhance the public security propaganda and dissemination power, influence and credibility, and promote the in-depth development of public security organs.”

This bombshell information comes into play amidst ongoing conversations about misinformation and foreign influence operations in the United States.

Even Ashton Kutcher warned about TikTok.

The actor appeared on the American Optimist YouTube channel to discuss protecting children from internet crimes.

Kutcher said that he sees a “massive regulatory battle on the horizon” for TikTok, per Fox News.

“If I’m China and I want to create a problem in that area of the world - specifically a Naval problem in the South China Sea, I would probably want to utilize TikTok in order to influence the minds of Americans,” he said.

“I think that most people believe that there is media manipulation happening and misinformation campaigns happening, just not through their sources,” he added. “I think that’s wrong and I think we’re about to face a reckoning in that particular domain and it’s going to probably change what social media looks like in the future.”