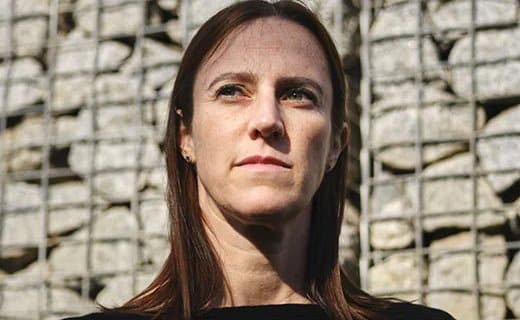 Peter Daszak has lost his public position as the chief defender of the Wuhan lab, after he was forced to recuse himself from the UN-backed COVID19 origin investigation amid the scandal that he personally spearheaded the Lancet letter claiming that the Wuhan lab leak theory was debunked. Now, in a new feature profile by Bloomberg, another Western scientist appears to be attempting to become the new face of the defenders of the Wuhan lab, Dr. Danielle Anderson, an Australian scientist who worked in the Wuhan lab itself until November 2019.

Dr. Anderson's interview has been widely shared throughout the media, including Newsweek, HuffPost, the Hill, the Daily Beast and was also highly promoted by Chinese Community Party outlets such as the South China Morning Post, Global Times, and the Beijing Daily.
Chinese Ministry of Foreign Affairs Spokesperson Wang Wenbin made sure to note Dr. Anderson's denials, going so far as to praise her for upholding 'science, reason, and objectivity.'
While Daszak's denials of the lab leak theory were absolutist, Dr. Anderson is taking a more nuanced approach, saying that while the lab leak cannot be ruled out, she does not believe COVID19 was 'engineered.'
However, this is a major pivot for Dr. Anderson, because she herself played a role in censoring reporting on the lab leak theory throughout 2020. While Facebook removed the ban on discussing the lab leak theory in late May 2021, Dr Anderson served as a contributor to the Facebook fact-checking outlet "Science Feedback" and its partner outlet "Health Feedback" which routinely labeled questions about the Wuhan lab as 'incorrect' or 'low credibility' causing Facebook to censor and shadowban the content.
A search of Dr. Anderson's publications shows that she has been a frequent collaborator of Peter Daszak, as well as Shi Zhengli, the so-called 'Bat Woman' known for gain-of-function tests on bat coronaviruses.
Appearing on Channel News Asia on Jan 30, 2020, Dr. Anderson stated, "It's likely coming out of China through the seafood market, although there were other animals present."
In a paper for the Lancet in February 2020, Dr. Anderson praised the efforts of the Chinese CDC team in their early response to the COVID19 outbreak, and peddled the wet market theory.
She concluded the paper, "Now is not a time for blame."
COVID-19, Coronavirus, facebook, China, Wuhan, Wuhan lab
190977
N/A by N/A is licensed under N/A