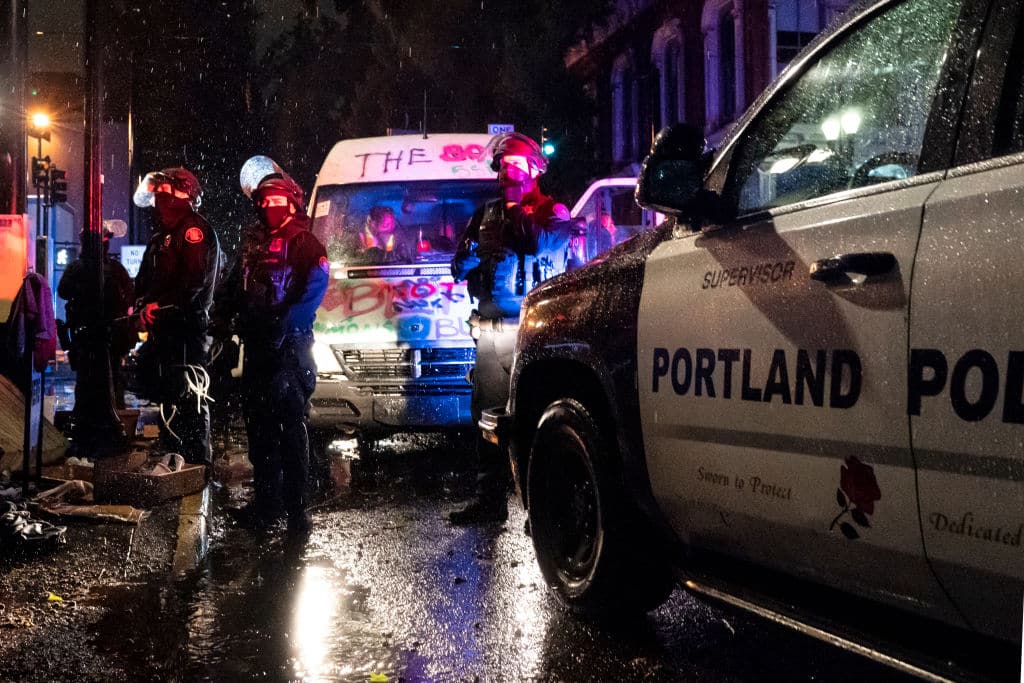 Following the criminal indictment of a fellow officer, the entire Portland Police Rapid Response Team made the unanimous decision to resign, according to police sources via Portland news outlet KXL.

Cory Budworth, 40, is the first officer in the county to be prosecuted for using force during a violent protest.

Indeed, Budworth was indicted for breaking up an Antifa riot in 2020, charged with misdemeanor fourth-degree assault. He was accused of “unlawfully, knowingly and recklessly causing physical injury” to Teri Jacobs on August 18.

A video shared on social media showed an officer running and striking a protestor with his baton. The woman fell down and was hit with the baton a second time.

However, it is critical to mention that the bureau found the baton strike in question was “not intentional” and therefore not considered lethal force, while the Independent Police Review office viewed the strike as a “push,” WCAX News reports.

“Unfortunately, this decorated public servant has been caught in the crossfire of agenda-driven city leaders and a politicized criminal justice system,” the Portland Police said Tuesday.

Portland Police Association Executive Director Daryl Turner told the “Lars Larson Show” Wednesday that he feared officers would quit in response to what he called a “Witch Hunt” of a prosecution.

For more information on Antifa, check out my new book The Antifa: Stories from Inside the Black Bloc here.