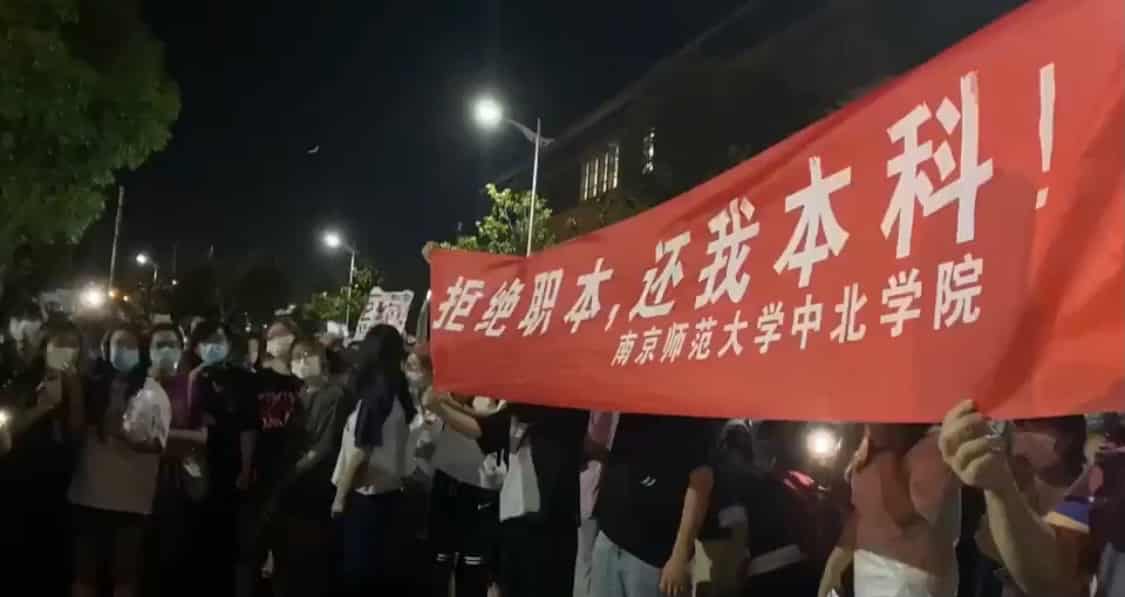 Chinese police stormed a campus protest Tuesday inside Nanjing Normal University, where students were rising up against a plan to merge the school with a vocational college in fear that it would devalue their degrees.

One video spreading through social media like wildfire showed police shoving their way through a sea of students.

Police used pepper spray and batons in attempts to disperse the protest.

While it is being referred to as a hostage situation, students say the dean was sitting with them voluntarily.

Here are some pictures (WARNING: Blood)