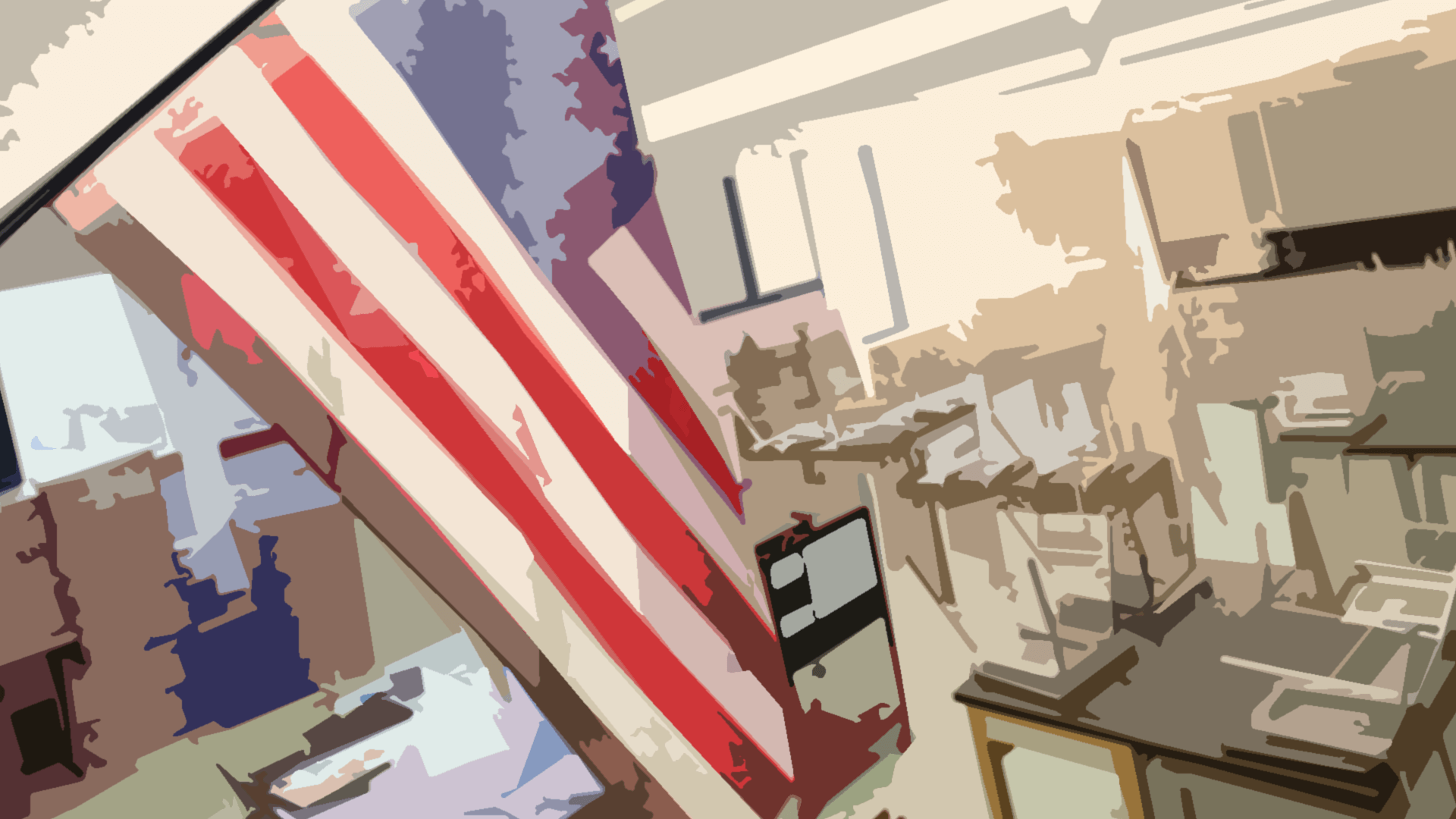 The passing of Memorial Day weekend marks for most people what they consider to be the beginning of summer. Solstices and equinoxes aside, summer mentally begins with Memorial Day and ends with Labor Day. It approximates the end and beginning of the school year and, for much of the country, offers the best three months of weather. Trips are taken, outdoor activities abound, and people tend to unplug and relax. The news cycle even seems to slow.

For those of us lumped together under the label of “conservatives,” instead of taking a vacation from politics this year, we need to get to work on three different projects, all of which can easily be accomplished, and will send us into the fall political season with some much-needed momentum. Those projects are: (1) gathering and reporting information of the 2020 election results, (2) opposing the attempts to make Chinese coronavirus vaccines mandatory, or effectively mandatory through the issuance of vaccine passports, and (3) trying to take back local school boards through election or petition.

We all know that the November 2020 election was rife with Team Left mischief. Despite the mainstream media’s repeated lines of “baseless claims” and “providing no evidence,” there is in fact substantial evidence that irregularities, in varying forms, exist in numerous states, many of them key swing states. We need to be able to prove and document these instances to show people who have been gaslighted by Democrats, activists, and the MSM into believing there’s “nothing to see here,” reassuring them that the 2020 election process truly was corrupted.

We need to be pressing at every state and local level for more of these kinds of audits.

Well-publicized audits are underway in Arizona’s Maricopa County and in the small town of Windham, New Hampshire. The Arizona audit has already encountered enough inexplicable opposition so as to make clear that the other side is hiding something. In New Hampshire, despite the irony of the audit being performed by people thought to be hostile to the audit process, a problem with the machine counted ballots has been discovered. (The “problem” at this point seems to be reserved for Republican-cast ballots only.)

We need to be pressing at every state and local level for more of these kinds of audits. Even when we fail to win the necessary review, those citizens who have been either skeptical or disbelieving with regard to election tampering will raise an eyebrow and wonder why it is that some people are asking for a fair review while others are aggressively opposing such an effort. We want people to start asking the question, “Well, if there’s nothing to hide…?”

Next, the issue of opposing mandatory vaccinations. Although there is no indication that states are seriously considering this, there is still cause for vigilance given the extensive and unprecedented government overreach we’ve witnessed throughout the COVID-19 pandemic. It is also important to understand that the issuance of vaccine or immunity passports is a backdoor means by which to effectively make vaccines mandatory. It is the political way of saying, “you don’t have to get a vaccine, but if you don’t you will not be able to enter businesses or participate in other mainstream activities. The choice becomes vaccine or near total isolation.

A vaccine passport is a form of proof that a person has been vaccinated against COVID-19, and could come in the form of a smartphone app or a written certificate, for those who don't have smartphones. In March, New York became the first state in the United States to roll out a vaccine verification app using IBM's Excelsior Pass app, "which leans on the blockchain and displays a personalized QR code to verify health status. The state tested the app earlier this month at a Brooklyn Nets basketball game at the Barclays Center and a New York Rangers hockey game at Madison Square Garden." Vaccine passports are now being considered in Oregon and parts of Illinois.

Patriots should remain vigilant against mandatory vaccinations or immunity passports. This should be an easy one for us to win.

Patriots should remain vigilant against mandatory vaccinations or immunity passports. This should be an easy one for us to win. There is opposition to this concept from various people and groups, regardless of their otherwise competitive political positioning. One survey showed that only 21% of voters think a Chinese coronavirus vaccine should be mandatory. That means Democrats and Republicans share the opinion. While the Chinese coronavirus has become the most politically explosive disease in this nation’s history, this poll makes clear that liberals are just as capable as are conservatives to reject the notion of being forcibly vaccinated.

We need to focus on legislative petitions, court actions, protest marches, and the strategic use of buycotts and boycotts in order to stop the idea of mandatory Chinese coronavirus vaccinations dead in its diseased tracks. People who are not in high-risk categories face the illogical proposition of potentially being forced to inject something into their body that could harm them, in ways yet unknown, for the purpose of possibly preventing them from getting a disease that has virtually no chance of doing them harm. We have conservatives, courts, and even the granola crowd agreeing on this. We need to build coalitions and fight back.

Finally, with regard to school boards: America has been waking up to the very clear and present danger of critical race theory and other woke, bigoted curricula being introduced into our schools. From six-year old’s being taught how to masturbate, to white children being taught they are inherently privileged and racist, to math and science being challenged as artifacts of white supremacy, parents across the country are now seeing that what was once foretold is now actually happening. Over a decade ago, common sense lost out to common core. Now we find our schools being taken over by an ideology so insidious that we no longer are fighting about how math and science should be taught—we are fighting about math and science being taught at all!

The place to stop this cultural Marxist-based takeover of our schools is at the smallest local decision-making level: we have to take over school boards.

The place to stop this cultural Marxist-based takeover of our schools is at the smallest local decision-making level: we have to take over school boards. Every community in American has school board elections, on various cycles, and at varying intervals. Conservatives need to start rounding up slates of candidates and get ready to engage their local school district’s process. What better way to enjoy a backyard barbecue this summer than to invite over like-minded friends and start to plot a strategy for taking back control of your children’s education?

Where election cycles don’t permit taking them over in the immediate future, then we must organize to petition current school boards.We need to get parents and students to rally together and have the courage to speak out and fight back. Many parents have been afraid to oppose woke educational initiatives for fear of reprisal against them or their children. There is safety in numbers. Let’s get organized.

Shining a light on election tampering, guarding against the ultimate invasion of our private property rights by preventing a mandatory injection of vaccines into our system, and reclaiming control over our children’s education. These are three very winnable campaigns for conservatives to focus on during a season where many people are not tuned into news, and are taking a break from political action.

Now, one common question often asked by team members at the beginning of any new business or project launch is, “what does success look like?” Here is what we conservatives could view as success by the end of this summer:

(1) In addition to those already underway, we should see at least five new audits of the 2020 election results being authorized within states or localities. In addition, we should see a minimum of 50 such efforts launch around the country demanding the same.

Audits are needed anywhere (not just in swing states) where 2020 reported results differ significantly from historical voting patterns. There are plenty of opportunities. Somebody needs to build a central message board that links the various efforts to one another.

(2) Every single American regardless of their political affiliation who opposes mandatory vaccines needs to write “letters” and make phone calls to their elected representatives, at every level, demanding that vaccines or immunity passports not be made mandatory. This needs to happen even in places where it is not being contemplated so that our leaders get the message. There has to be at least 100 million of us. If we can get to the goal of at least one letter from everyone to the national, state, and local level, that is a minimum of 300 million letters sent by Labor Day.

We also need to aggressively use social media to share information on any businesses that require proof of vaccination in order to enter their premises or to have full access to their services. Any vaccine discrimination must be identified and disseminated to the public.

(3) For school boards, every reader of this op-ed needs to be involved in the process before September’s three-day weekend. Make an effort to find out when school board elections are held in your community. Determine if you are ready to run. Source a slate of candidates. Publish meeting schedules. Create meeting agenda items. Get informed on your local school curriculum grades K-12.

In short, go to summer school this summer for the purpose of studying your local schools. Complete your school board basic training by September 6th, 2021.

These are real things that can be done by real Americans. We have had a rough year, and we are in need of some wins. Ask yourself: what plans did I have for the summer that are more important than helping to save our Republic?