To Tell the Truth: WAPO Shuts Down Biden Fact-Check Just in Time 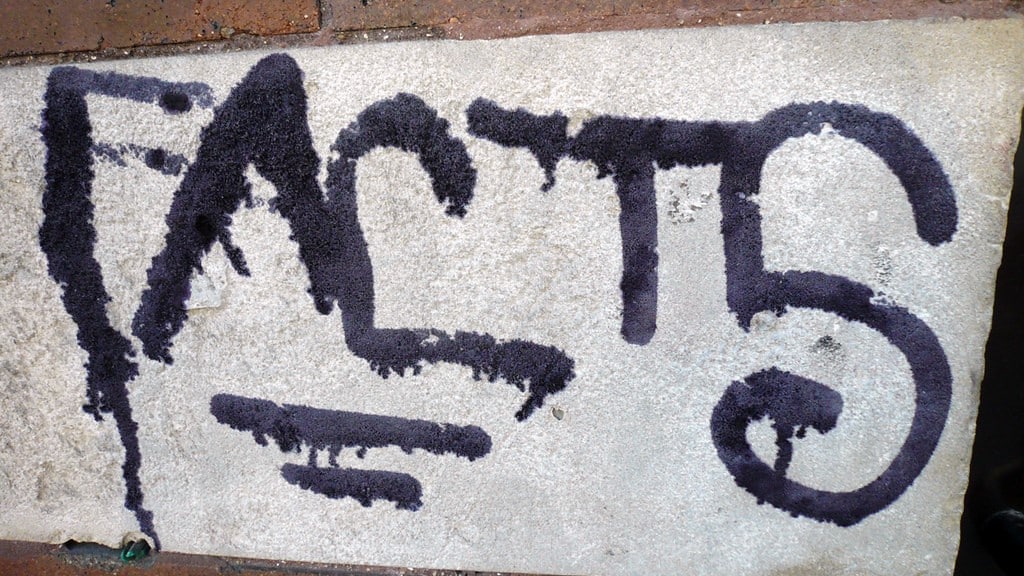 Throughout the Trump presidency, The Washington Post boasted about its groundbreaking presidential fact check database. Regardless of one's political persuasion, or even the stock one places in the reporting of the Post, it is not hard to admit that the "fact check" system was impressive. Such a tool would be invaluable, if the same scrutiny were given to presidents on both sides of the aisle, but just in time for President Biden to give his first joint address to congress, the Post conveniently scrapped its years-kept practice of tallying all presidential falsehoods.

The Washington Post made the decision to shut down its interactive presidential fact check database after Biden's first 100 days. The last recorded falsehood was March 24, days before Biden's address.

The Post maintained a vast, comprehensive database of Trump's supposedly "false or misleading claims," boasting a whopping 30,573 individual instances. As Human Events previously noted, many of the listed assertions were marked as "false" due to dissatisfaction with Trump's language, rather than the factual content of his words. Many of these were also counted multiple times -- each time Trump repeated a claim with unsatisfactory framing.

"Maintaining the database over four years required detailed examination of every Trump speech, news conference, press gaggle, campaign rally and interview, as well as more than 25,000 tweets," The Post explained when it retired the Trump database. "The fact checks of Trump’s statements in the database amount to about 5 million words."

The Post noted at the end of the Trump presidency that "For more than 10 years, The Fact Checker has assessed the accuracy of claims made by politicians in both parties," and promised that the "practice will continue."

But the outlet announced this week that it would shut down its corresponding Biden database, with Editor in Chief Glenn Kessler claiming that he had "learned [his] lesson" from the daunting task of trying to track Trump.

Kessler went on to explain that "Maintaining the Trump database over four years required about 400 additional 8-hour days over four years beyond our regular jobs for three people."

At 261 work days per year, the Washington Post may have done well to go ahead and hire another "reporter" into its luxurious 8-hour day work culture.

"We will keep doing fact checks, just not a database," said Kessler. And the outlet did indeed publish a "fact check" article of Biden's address to congress, with nine claims that "caught our attention." The first claim listed -- “The economy created more than 1.3 million new jobs in 100 days" -- criticized Biden for understating how many jobs he had created. The "fact check" reads as follows:

"This number probably understates how many jobs have been created in the first 100 days. The Bureau of Labor Statistics reported 916,000 non-farm jobs were created in March and 468,000 in February, for a total of 1,384,000. The April numbers will not be reported until May 7, but given that Biden’s 100th day falls on April 29, that’s almost a month of additional jobs not included in the statistic."

The Daily Wire, on the other hand, managed to compile a list of 23 false or misleading claims from the speech, including:

“The worst pandemic in a century. The worst economic crisis since the Great Depression. The worst attack on our democracy since the Civil War.”

“Decades ago we used to invest 2% of our GDP on research and development. Today, we spend less than 1%.”

“You can’t yell fire in a crowded theater.”

“2 million women have dropped out of the workforce during this pandemic, too often because they couldn’t get the care they need for their family, their children.”

The Washington Post failed to touch on these, and many others noted by The Daily Wire.

To Tell the Truth: The Washington Post's sudden decision to exclude Biden from its esteemed fact-checking system, just ahead of his first joint address to congress, is perhaps one of its most transparent showcases of its intention to manipulate the "news" narrative surrounding the Biden and Trump presidencies. Instead of choosing to inform the public, as it so valiantly declared was its duty during the Trump presidency, The Post has chosen to protect Biden by simply refusing to cover him with the same hyper-critical attitude with which it covered Trump.