Charlie Kirk: “Defund the Police” is a Trojan Horse. 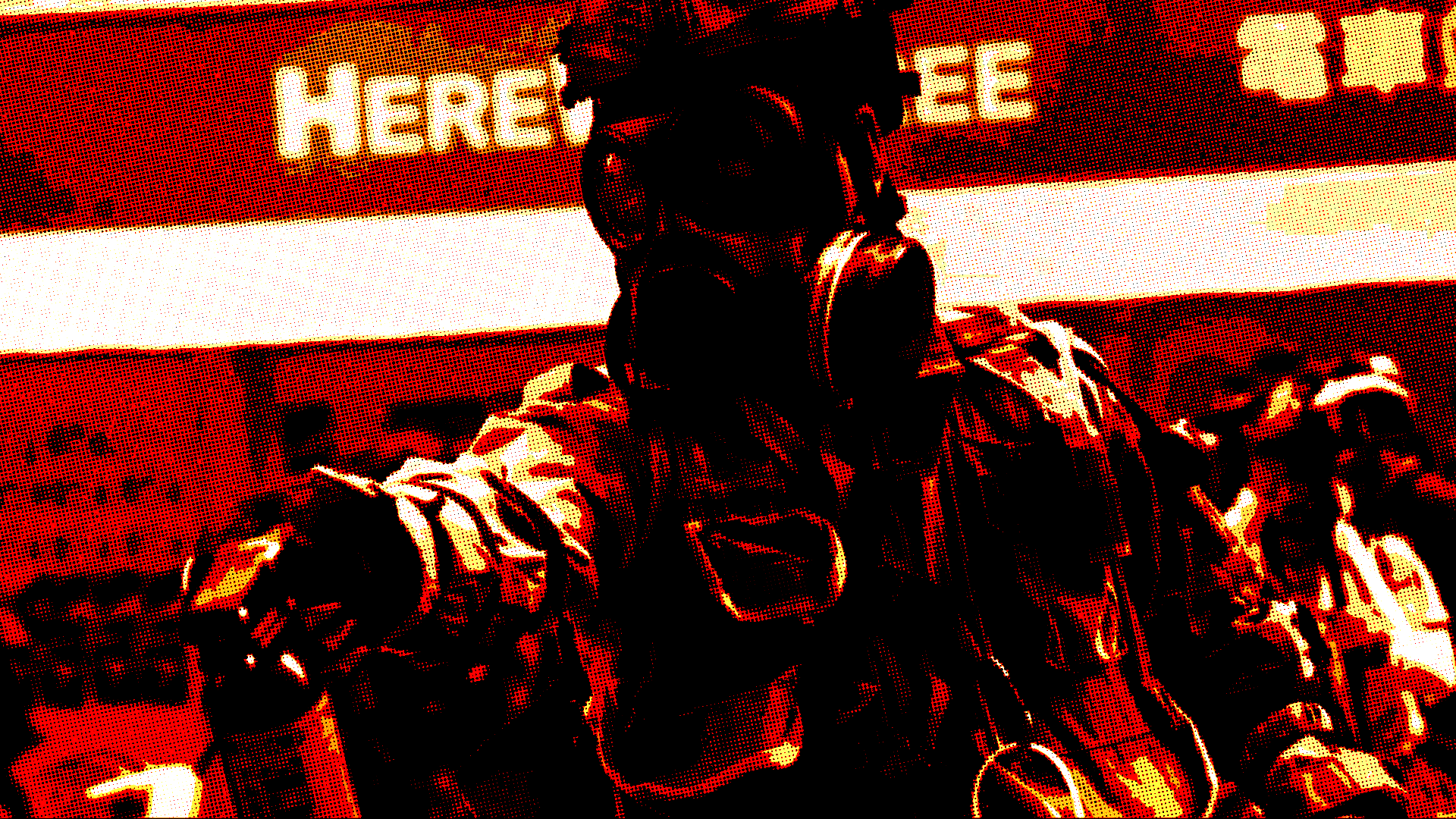 Sometimes the most effective way to get what you really want is to tell people that you want the exact opposite. It is a subtle form of manipulation wherein you get the “audience” to hear you say you want one sort of extreme thing; they, in turn, express concern and objection, so you’re able to then say, “I hear you. How about if we do this instead?”

That is exactly what is happening when Democrats and BLM leaders tell you that they want to defund the police. As lawlessness and violent crimes continue to escalate across the country, they are hoping that American citizens will speak out and make clear that they need and want police, but of course, they also want to have the imperfections of policing addressed. Once that happens, Squad-types like AOC, Pressley, Tlaib, Omar, and others can stand in front of a microphone and say to the people:

We hear you. That is why today, we are sponsoring legislation that will establish a national police force. This new force will take the place of smaller, ineffective, and poorly trained state and local forces around the country. Every person in every city and state will get the same high-quality, uniform service. All officers will be thoroughly trained in diversity, inclusion, and critical race theory. No longer will you have to fear chaos in your neighborhood. No longer will you have to fear those who are paid to protect you.

With that, they will have accomplished their true objective. They’ll have the ability to direct a Gestapo-style law enforcement arm to help them fulfill their quest for complete and total control over every substantive act of American daily life. This is what they are hiding from you when they say, “defund the police.”

To be sure, there are those in the Democrat party and BLM movement who truly do believe in a utopic (nowhere) state where police are gone, and everyone lives in perfect harmony. Those idealists exist, but they are not controlling the movement.

The real movement knows that America doesn’t live on the corner of Haight & Ashbury. They know that if Americans see too much disorder, they are likely to demand order—at any cost. This is similar to the reason that so many people voted for Joe Biden, despite his extreme policies and limited mental acuity. The turmoil that the press, Democrats, and activists manufactured during the Trump administration had many people closing their eyes, covering their ears, and collectively screaming, “please just make it stop!”

In that case, Americans decided the safest bet would be to elect a sort of socialist fool to the highest office in the land. In the case of policing, it is not unimaginable that out of fear for their safety, and in the wake of the constant propaganda being served as news reports of unbridled police violence, Americans will ultimately be willing to say, “Federal government, please take this over. Please just make it stop.”

When the police-involved shooting took place in Columbus on April 20th, which had a white police officer killing black 16-year-old Ma’Khia Bryant as she apparently was trying to kill one or two other black citizens with a knife (during which attack, the 911 caller said, “someone is trying to stab us… Need a police officer now!”), I told myself to be patient and wait to see exactly what had taken place. I knew that the initial MSM reports would be false, and I knew I wasn’t going to be able to rely on LeBron James for the full story either.

Sure enough, we learned quickly that this was not an act of white police hunting innocent black kids. This was a police officer making a quick calculation that innocent black life mattered more than the life of someone trying to take it. While I am pleased to see conservative media finally standing up against this kind of Pravda-esque reporting, the revelation of the facts of the incident did not stop the MSM or the supporters of “defund the police” from using their same talking points.

Whether it was the repetition of “systemic racism” within policing, or the sort of new argument that knife fighting is “just how Black people play,” the message was clear: there is rampant chaos everywhere. Policing is out of control. People are in danger. Something must be done.

That “something” is the creation of a national police force. Conservatives think that when they see Maxine Waters at a rally surrounded by police protection, she is being a hypocrite. They think when AOC hires private security, that is her employing a double standard. They are mistaken. There is a very simple deception taking place.

Maxine and the Squad members know that you can’t exist without policing. They aren’t stupid. They are totalitarians. They want a national police force they can control and deploy. Local policing means local control and decentralization of power. That sort of local control, a direct product of our Constitution, troubles Democrats the same way it troubles all totalitarians.

As I’ve previously written, the most frequently engaged in activity of humans since the dawn of man is the attempt for one to dominate another. Through the guise of defunding police, Democrats and BLM leaders hope to create such a backlash, such chaos, that they will be permitted—even encouraged—to replace the current system with a national system.

This is a gun-carrying version of what they have been doing in healthcare. Using Obamacare as a tool to “fix” the current system, they are so badly damaging it, they believe that ultimately people will say, “let’s just have single-payer. Please make this stop.”

Federal policing is not something inherent in the American system. It wasn’t until the rise of interstate crime in the early-mid part of the 20th century that it was deemed necessary to establish the FBI to handle matters over which no single state could assert jurisdiction. Today we have so many examples of abuses of power emanating from the federal government you would think that there is no way any American could be tricked into believing a national police force would be necessary.

Maybe they can’t be tricked into it. They can, however, be frightened. Chaos and disorder are powerful weapons. The Chinese coronavirus and the ensuing full-scale national panic allowed for the surrender of individual liberties and showed us just how easily we can be manipulated by fear. We cannot let our fear drive us to the point where we allow a new 21st Century version of American Stasi to be formed. Americans can either wake up now to what is going on, or they can wait for the knock on their door at 2:30 AM. “Open! National Police. We are here to search your home.”