Charlie Kirk: Time for a “Buycott”! 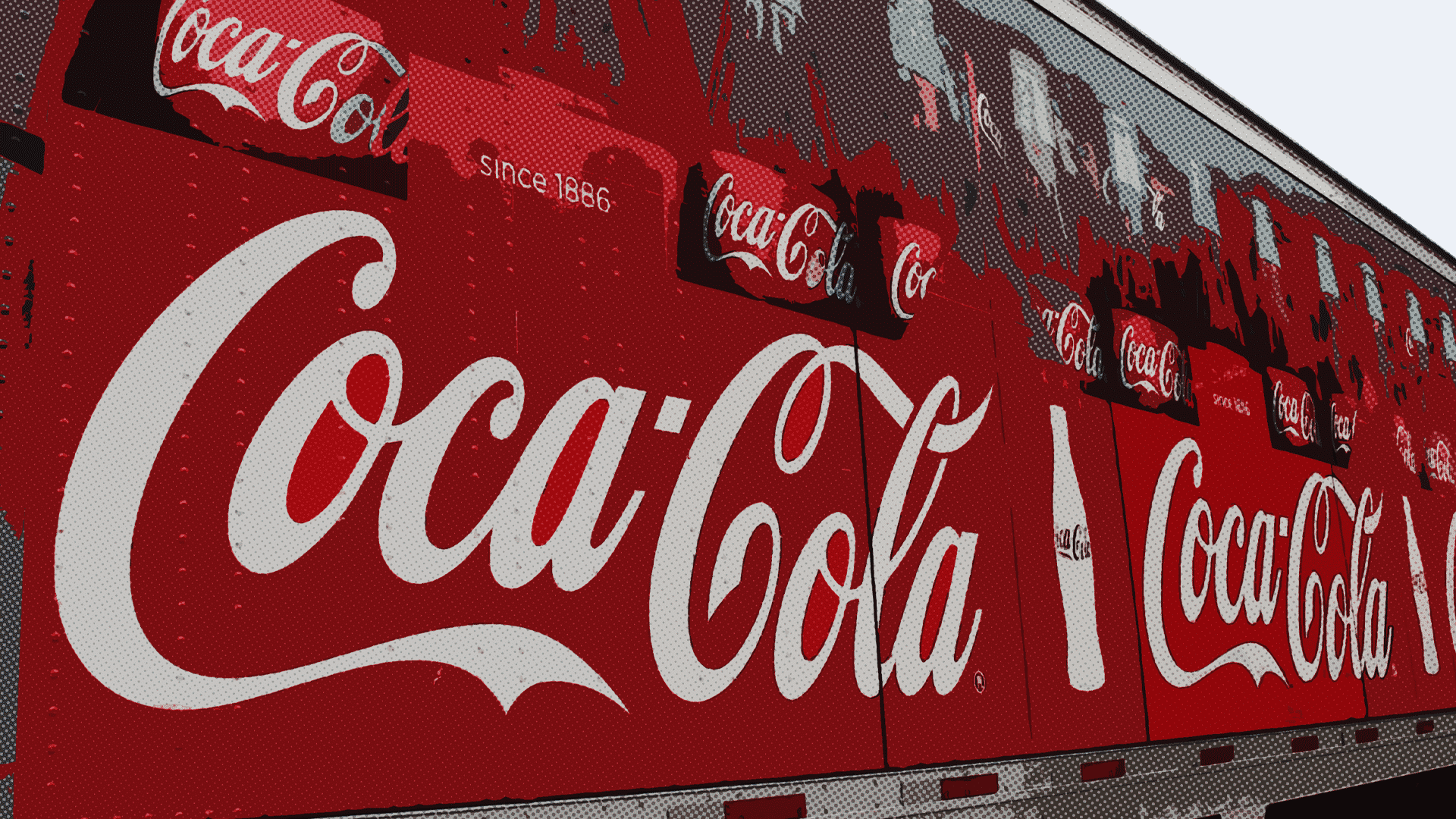 One of the things I’ve learned over time is that, in sales, it is best to focus on positives rather than negatives. People are more inclined to want to spend money because something feels good than they are just to avoid something that might feel bad.

That said, boycotts are notoriously ineffective as they focus only on asking people to give something up.

It is with that in mind, and in response to the recent big corporate backlash against the very mild and moderate Georgia voting law (I gave it only a 5 out of 10 rating because it doesn’t go far enough), I suggest we stop talking about “boycotts'' and start talking about “buycotts.” It is time for those who embrace the ideals of free market capitalism, constitutional principles, and limited government to get actively and enthusiastically behind the notion of finding products and services that are direct substitutes to those supplied by “woke” corporations and their CEOs who are lecturing us on what it means to be a good citizen.

When Coca Cola and Delta Airlines came out publicly last week against the new Georgia law designed to help ensure fair elections, and when Major League Baseball followed suit and sanctimoniously moved their All-Star game from Atlanta to Denver (to a state with tougher voting laws than those just enacted in Georgia, for what it’s worth), cries to boycott those companies and sport could be heard from conservatives all across the country. President Trump placed himself at the forefront of the effort with his April 2nd statement condemning Major League Baseball.

I don’t disagree that large institutions run by CEOs or commissioners who hate this country are not worthy of our support as consumers. That said, boycotts are notoriously ineffective as they focus only on asking people to give something up. There are a number of reasons why this doesn’t work, the most pervasive one being the “free rider” problem conceptualized in economics, where one person figures that they can act as they wish because they are only “one person” and the actions of all the others combined will offset their buying a Coke and watching the Dodgers. Have this happen with enough people, and the boycott falls apart quickly.

That’s why a buycott is a better approach. It taps into the positive idea for a person that they get to have something instead of giving up something. It has the added benefit of making them feel they are doing something noble in the process.

The need for this has come about because Democrats have found a way to tap into what we could call a “5th rail” in their continued attempt to fundamentally transform America. The Georgia voting law kerfuffle is the clearest look Americans have been given at this new strategy. Even so, it still may be hard for many people to recognize. Allow me to make it crystal clear.

Democrats have made a significant investment over time indoctrinating students who would eventually become corporate power brokers.

It has been traditional for the past century for Democrats to use the machinery of government to gain control over people and implement collectivist policies. Government, after all, has the ability to legislate and make law. The process is cumbersome and time-consuming. Over time, Democrats realized they need a way to help move the process of collectivization along more quickly. They needed accelerants.

To that end, and over time, they gradually enlisted the support of the media, the universities, and then the political activists; the community organizers of Barack Obama’s sort. Up until this time, this alliance between aggressive government and its three key support systems has been enough to successfully move the United States further away from the Enlightenment model of individual rights and closer to the centrally managed political and economic model of which they dreamed.

Now, however, as they get ready for the “end game” that will hopefully finish off the architecture of our founding fathers once and for all, they needed a little extra push. For that, they have created the fifth rail of fundamental transformation: large corporations and their very woke C-suites and boardrooms. Those institutions have become the muscle for the Democrats’ mob-like operation.

Let me be clear. I couldn’t care less what some ultra-privileged CEO has to say about voting rules, social justice causes, what it means to be a good global citizen, or anything else. You shouldn’t care either. They have taken on a new role as a sort of corporate goon squad for Democrats. The idea that because they attended a “prestigious” university that taught them how to hate America means nothing to me. When it comes to discussing economic or political policy, I can introduce them to hundreds of TPUSA undergrads who would bury them in a debate. As far as I’m concerned they can keep their opinions—and their products—on the shelf.

All this truly did begin in the classroom. As we have said at TPUSA since our inception, what happens on college campuses doesn’t stay on college campuses. Democrats have made a significant investment over time indoctrinating students who would eventually become corporate power brokers. As we watch the behavior of large corporations today, and their very anti-American activism, it is clear that the ROI for Democrats from their investment is in the triple digits.

Beyond their miseducation on college campuses, Democrats have found a way to tap into three basic elements of today’s corporate despots: their greed, pride, and weakness.

With regard to greed, what we see today from the large corporation C-suites is an accumulation of wealth like we have never seen before in our history. Today it is not about getting the large yacht or private jet; it is about getting the second or third of each. Democrats have convinced these titans of industry that if they do not play along with the necessary elements of wokeness and political correctness, they will be subject to the modern-day American version of the French guillotine: the public firing (or cancellation). With that firing comes the loss of all three yachts and the home in the Hamptons. The pure greed of these people cannot take that risk.

[T]he men and women running today’s large corporations may be unelected people of great power, but they are not strong-minded people with a sense of duty and simple right and wrong.

Their wealth is not the only thing that is placed at risk for lack of obedience. Their pride, another of the seven deadly sins, is also on the line. They do not want to be thought less of in the highly self-righteous social circles in which they travel and in which their children are educated. Above all else, they do not want to ever run the risk of being called the “R” word for not having supported any cause that can even be remotely tied to matters of race.

This element of pride, especially as it relates to being called racist, is a powerful element of the current situation in Georgia, where the new law has falsely been equated with Jim Crow and the deliberate suppression of Black citizen’s voting rights. President Biden gave air cover to this with his false and irresponsible statements on the matter, statements which were eventually given four “Pinnochio’s” by WaPo.

Finally comes the matter of personal weakness, especially when it comes to being able to fight back against the sins of greed and pride. This is not Sparta. Democrats know that, in general, the men and women running today’s large corporations may be unelected people of great power, but they are not strong-minded people with a sense of duty and simple right and wrong. They are malleable. They are weak. They are there to be pushed around and co-opted so long as you don’t take away their stuff and don’t call them names.

This has all become evidenced in the extreme in Georgia because that state is critical to the Democrats’ master plan to finish their fundamental transformation. Senator Raphael Warnock, an alleged anti-semite who was elected to fill the seat of Johnny Isakson, who retired mid-term for health reasons, is up for election again in 2022. The Democrats know that if they lose him, coupled with the other difficult seat defenses they have in other states, they run a high risk of losing the Senate.

[W]e need to start watching UFC events, we need an entrepreneur to undertake the painful, but ultimately rewarding, process of building a new airline.

Georgia then becomes the gateway to everything from making Washington D.C. a state, further federal election management, and a variety of other agenda items that will help make Democrat ruling class power permanent and set the country on an irreversible path to collectivism. Said more plainly, being able to manipulate votes in Georgia really matters to Democrats. That is why they have called upon all five rails, including the new corporate fifth, to join the fight.

So we fight back. How? Not by giving things up but by buying more stuff and starting new businesses to compete with these corporate tyrants. We need to adopt a new beverage, we need to start watching UFC events, we need an entrepreneur to undertake the painful, but ultimately rewarding, process of building a new airline. Let’s not sneer at Coke’s self-righteous and non-American CEO James Quincey; let’s raise a glass of a completely different beverage that is produced by a pro-American company and toast them as we walk past them on the grocery aisle.

At CharlieKirk.com we are launching a page dedicated to listing and prompting the companies that you can support in good conscience. From pillows, to beverages, to everything in between. we will let you know where to go to have a positive shopping experience, both in terms of what you buy and the statement you are making.

It is time for an American buycott. People need to combine outrage, with action, with the satisfaction that comes from consumption. In 2021 the phrase “Buy American” has taken on a whole new meaning. While it used to refer to buying something that was actually made here, that is no longer enough. Now it doesn’t just have to be made here; it has to be made here by a company whose management isn’t intent on tearing down the very system that has allowed them to become greedy, prideful, and weak.