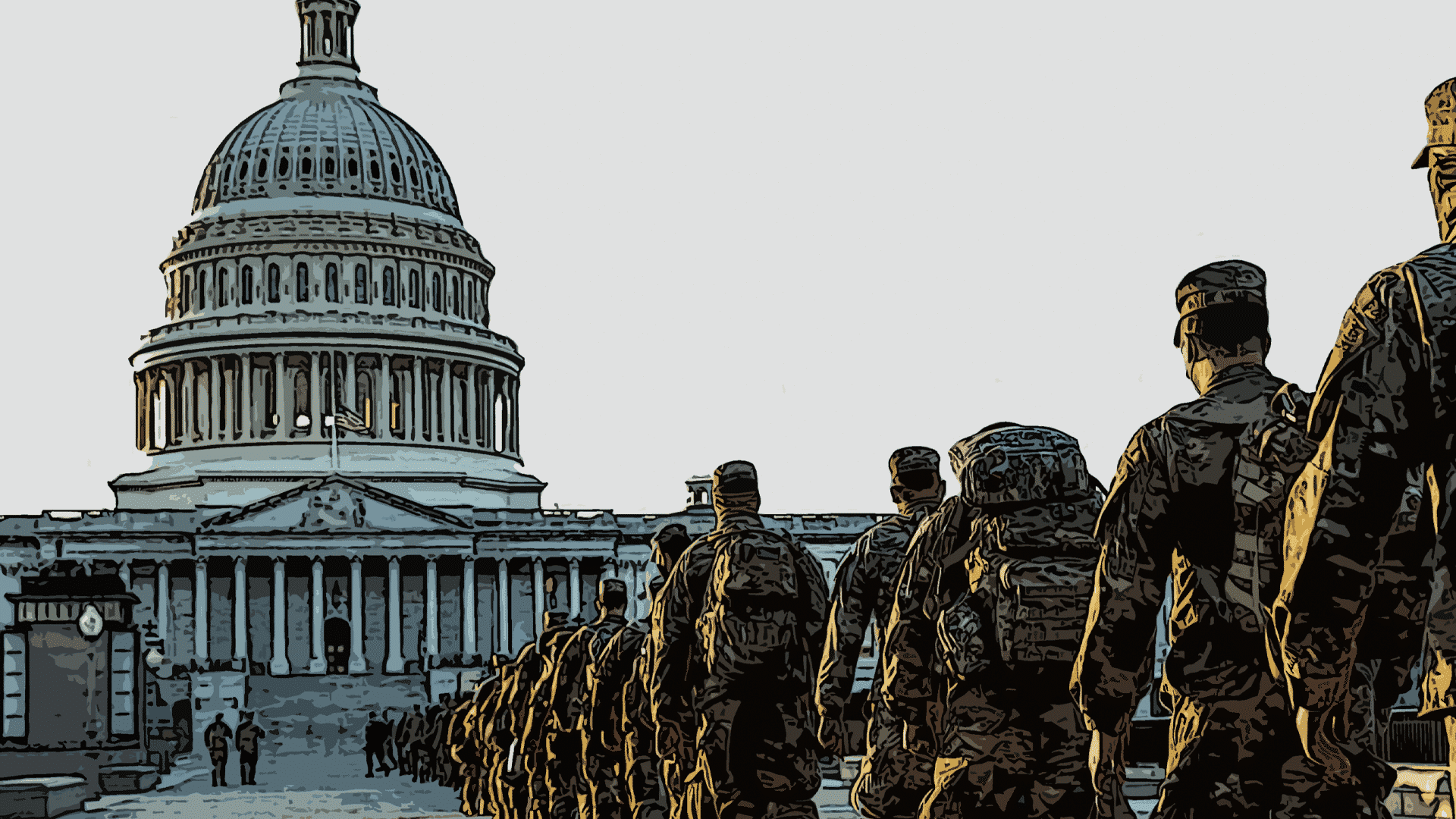 A couple of years ago, I was on a visit to Israel (for anyone who either embraces the Judeo-Christian faith or wants to learn more about it, Israel is a must-visit. It brings you the Bible in 4K), and was touring the Golan Heights. This is the area captured from Syria in 1967 during the Six-Day War. While I was taking in the historical import of the region, I was also very aware of the strong Israeli Defense Force presence on the streets and the soldiers armed with automatic rifles.

[W]hat he loved about America is that we didn't have to live this way.

I asked my tour leader and close friend, Amit, why such a show of force was necessary. His answer was specific to the circumstance, but two years later, I am haunted by its recollection when looking at the current situation in the United States.

“There are two reasons for the presence,” Amit said. “The first is psychological. It serves as a reminder to all Israelis that we have almost been taken over before and that the threat we still face today is just as real as it has ever been. The second is that it serves as a warning to our enemies that if they do decide to attack us, they are going to meet with strong resistance and that we will push back hard against their effort.”

Amit went on to say that he knew that the Israeli approach was not typical of the Western mindset and that what he loved about America is that we didn't have to live this way. While the military presence in Israel was necessary; he envied the U.S. for not having the same sort of need.

If Amit were to visit America today, and if I were to be his tour guide, I would take him to Washington D.C., show him the razor wire and armed troops, and ask, “Are you still envious?”

The American military, under the leadership of President Joe Biden, has become a political tool that, instead of being used to protect all American citizens from enemies outside of our borders, is now being used as an intimidation tool against anyone who dares to dissent from his, and his fellow Democrats’, collectivist policies. Here are three examples that ought to terrify every freedom-loving American, and that should be causing our elected Republican leaders to stand on soapboxes in the public square and scream “I object” as loudly as they can.

WHAT WE ARE SEEING IS NEW-BUT NOT SUDDEN

While all of the above actions are a clear and present misuse of the American military on domestic soil, they are also something else: they are new. This is something we have not seen previously in our history. Under President Joe Biden’s administration (Yes, he is personally to blame because he is the Commander-in-Chief of the Armed Forces), our government is beginning to resemble a soft military junta. The Democrats and their core supporters, those who ran against the militarization of the domestic police force, are now using the real military to intimidate and control their political opponents. That doesn’t just mean elected leaders; it means you.

[T]he Democrats no longer have to rely on the antics of Antifa or BLM, Inc. to intimidate opponents.

What they are doing is creating an image in the minds of Americans who want to stand in the way of their radical American extreme makeover. The image is that of a masked soldier in uniform, holding an automatic rifle, with a caption underneath that reads, “We have the Guns. You Don’t. Sit down and shut up.” This sort of approach has deep totalitarian roots. It is part Medieval, part twentieth-century dictator. We have seen it before, but we have never seen it here. With former-President Trump out of office (imagine if he had ordered the national guard to visit Nancy Pelosi), the Democrats no longer have to rely on the antics of Antifa or BLM, Inc. to intimidate opponents.

Now they have the Marines.

Why is the military and the brave men and women in uniform allowing themselves to participate in such a truly un-American, non-Constitutional abuse of their station? The answer can be found in an email I received the other day from a former military member who pointed out something to me I should have already understood. The leadership in today’s military isn’t comprised of rank-and-file enlisted members who worked their way through the ranks. It is made up of graduates from our nation’s colleges that have been indoctrinating students across all academic disciplines for decades.

What are we as Americans supposed to do about this? The answer is easy, and the implementation is risky and complex. We need to get noisier. There needs to be a 2010 Tea Party-type movement multiplied by 300 million. We must push back against this, and we need to understand that when we do, they will try to intimidate, humiliate, and single-out everyone who raises their voice. They are trying to use the United States Military as one of their tools for silencing what they will call our “insurrection,” but we know we are simply trying to preserve our liberty.

The Democrats know that most Americans did not vote for this radical agenda.

Despite the risk, we cannot refuse the call to action. If we don’t find a way to stop this now, history tells us that from this point forward, things get really, really bad.

To emphasize a point made earlier, the Democrats have a plan. They are going to try to make certain that future elections are fixed by creating a federalized election system that makes it harder to validate voter rolls and easier to manipulate ballots. That is the purpose of HR-1, the “For the People Act of 2019.” They will also make certain to take away your religious freedom, which is the purpose of the Equality Act. Finally, apparently with the help of Republicans, they will take away your firearms. All of this needs to get done quickly. The Democrats know that most Americans did not vote for this radical agenda. They have until a new congress is convened, in January 2023, to get the mission accomplished.

The fact that they are treating this as not only a political mission, but a military one, demonstrates just how far they are willing to go. They are willing to temporarily set aside the Constitution for the purpose of ultimately replacing it with a new domestic Iron Curtain.