Looking To Understand American Politics in 2021? Aristotle’s Got Answers. 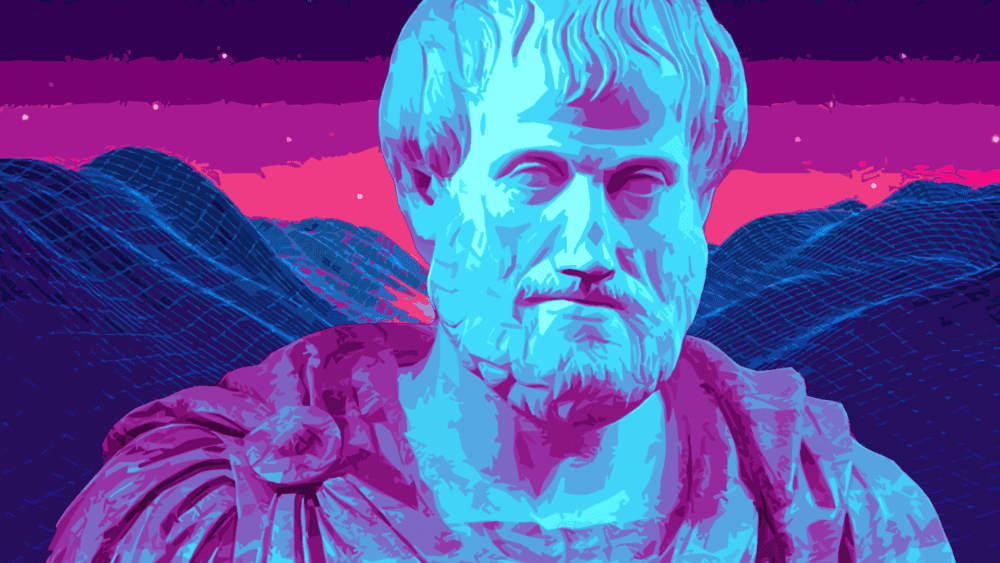 One of the questions I often get asked is, “Charlie, who do you think is the best pundit in terms of really understanding what is going on in American politics today?” After mulling over a few different answers to this question over time, I believe I have now settled on who I feel best describes what is going on in our country right now.

The problem is he was describing it 2,400 years ago. The man who best understands us is the Ancient Greek philosopher Aristotle.

I’ve been reengaging Aristotle's Politics of late, both through reading and enjoying lectures by Hillsdale College President Larry Arnn. It has been a couple of years since I last visited the writings and ideas of Plato’s prize student (it is a testament to what a great teacher Plato was that he was able to produce such a free-thinking alumni who agreed with him so little). In his time, Aristotle’s words might have sounded like just another theory from the relatively new field of philosophy.

Today, however, his words read more like conclusions of a validated hypothesis born out of centuries of empirical experience. Consider the following passage from Politics: “Dictators preserve themselves by not letting there be any schools or collegial gathering for leisure pursuits, and doing everything that will keep people as unknown to one another as possible, since familiarity breeds a greater degree of trust.”

To say it differently (a bold task, might I admit, in re-phrasing the Greek master), if we can keep people apart from one another, we can keep them from ever truly coming together and having the strength necessary to defeat tyranny.

This not only makes general intuitive sense; we have seen the tactic brought into play over the past year as politicians around the country, especially the likes of Governors Pritzker (Illinois), Newsom (California), Cuomo (New York), and Whitmer, (Michigan), have used the Chinese coronavirus as an excuse to force people to separate. Keep schools closed. Shut down churches. Prevent social gatherings. Wear two masks. These sorts of requirements to separate us physically and visibly from one-another have fractured and fragmented us. Americans have become more susceptible to tyranny because we have become less and less “known” to our fellow citizens.

Still from Politics, Aristotle reveals another tactic of dictators, tyrants, and despots: “Another act of the tyrant is to sow quarrels among the citizens. Friends should be embroiled with friends, the people with the notables, and the rich with another. The tyrant will also impoverish his subjects as this provides against the maintenance of any guard by the citizens and the people being hard at work to conspire against him.”

The constant race, class, and gender wars now being instigated by Democrat politicians and social activists accomplishes the first half of this prescription. Being in constant conflict makes people both fearful and pliable. The presence of constant conflict is one of the key elements of modern-day fascism, identified over a decade ago by Jonah Goldberg in his seminal work Liberal Fascism. Having constant conflict gives the tyrant the ability to consolidate their power.

The second half of the passage, relating to keeping people impoverished, can be seen in liberal policies that have created an ever-growing class of people in this country, especially in our inner cities, which have been condemned to generational poverty and dependency. Many of these people live out their lives resigned to being mired in hopelessness, waiting for the next scrap from the tyrant’s table to be tossed to them so they might have their daily bread. They are hardly capable of conspiring against anyone.

Today’s Democrats and their sidekick activists are always declaring “war” on something.

The key, of course, to both of the passages cited above is the use of fear to control people. It would be roughly 2,000 years after Aristotle that the English philosopher Thomas Hobbes, he of “nasty, brutish, and short” fame, would draw specific attention to the use of fear in organizing human social activity. Hobbes would suggest that such fearful humans needed a strong monarch to protect them. Unfortunately for Hobbes, Aristotle had already warned us, two millennia prior, that the Englishman’s  “strong monarch” would actually turn into a tyrant.

Aristotle wasn’t done describing our current times in America. In what we could call “Joe Biden’s Mission Statement,” he continues with: “Another mark of a tyrant is that he likes foreigners better than citizens, and lives with them and invites them to his table. For one of those are his enemies (citizens) but the other (foreigners) enter into no rivalry with him.”

Open our borders because I prefer to engage with the illegal immigrants entering from foreign lands as opposed to truly engaging with Black American citizens in our major U.S. cities (see previous passage regarding keeping people poor). Let me assist the Chinese government officials and workers instead of assisting the mayors of Cincinnati, Columbus, and Cleveland in their efforts to provide jobs for their citizens.

Finally, this passage: “A tyrant is also fond of making wars in order that his subjects always have something to do and always be in want of a leader.”

This is yet another key element of fascism that Goldberg identified. Today’s Democrats and their sidekick activists are always declaring “war” on something. There is a “war on poverty,” a “war on racism,” a “war on gender discrimantion,” and so on. Each of these wars are fought by crusaders for “justice” and are rallied by tyrannical-type leaders eager to exert control over people. What better way to exert control than to say it necessary to “win a war?’ War does not have to be fought on foreign battlefields. War can actually be made into a permanent state of mind.

The signs of these observations from Aristotle are everywhere in America today. To offer all accounts of these behaviors would require volumes and to offer a sampling seems to trivialize. Any reader of the above quotations can very quickly come up with in their own mind from their own experiences, especially over the past twelve-months, numerous examples of how Aristotle’s writings of 2,400 years ago are as applicable, if not more so, today than they were in his own time. The question is, why does what he knew then still hold true today?

The answer lies in understanding the fundamental nature of man. Idealists, people like Plato, Rousseau, and Marx believe that man’s nature is malleable, it can be changed by their times and circumstances. Others, like Aristotle, and what we would call “conservatives” today, believe that man's nature is fixed. We are inherently flawed in our design, sinful by nature, with good and evil fighting a constant battle within us. We believe that people move, and have always moved, in predictable patterns.

Our Founding Fathers believed this. That is why they built such an elaborate system of checks and balances in our government. They literally designed a system to stop us from doing things. They were afraid if government were allowed to do too much, it would lend itself to the abuse of tyrants, dictators, and despots.