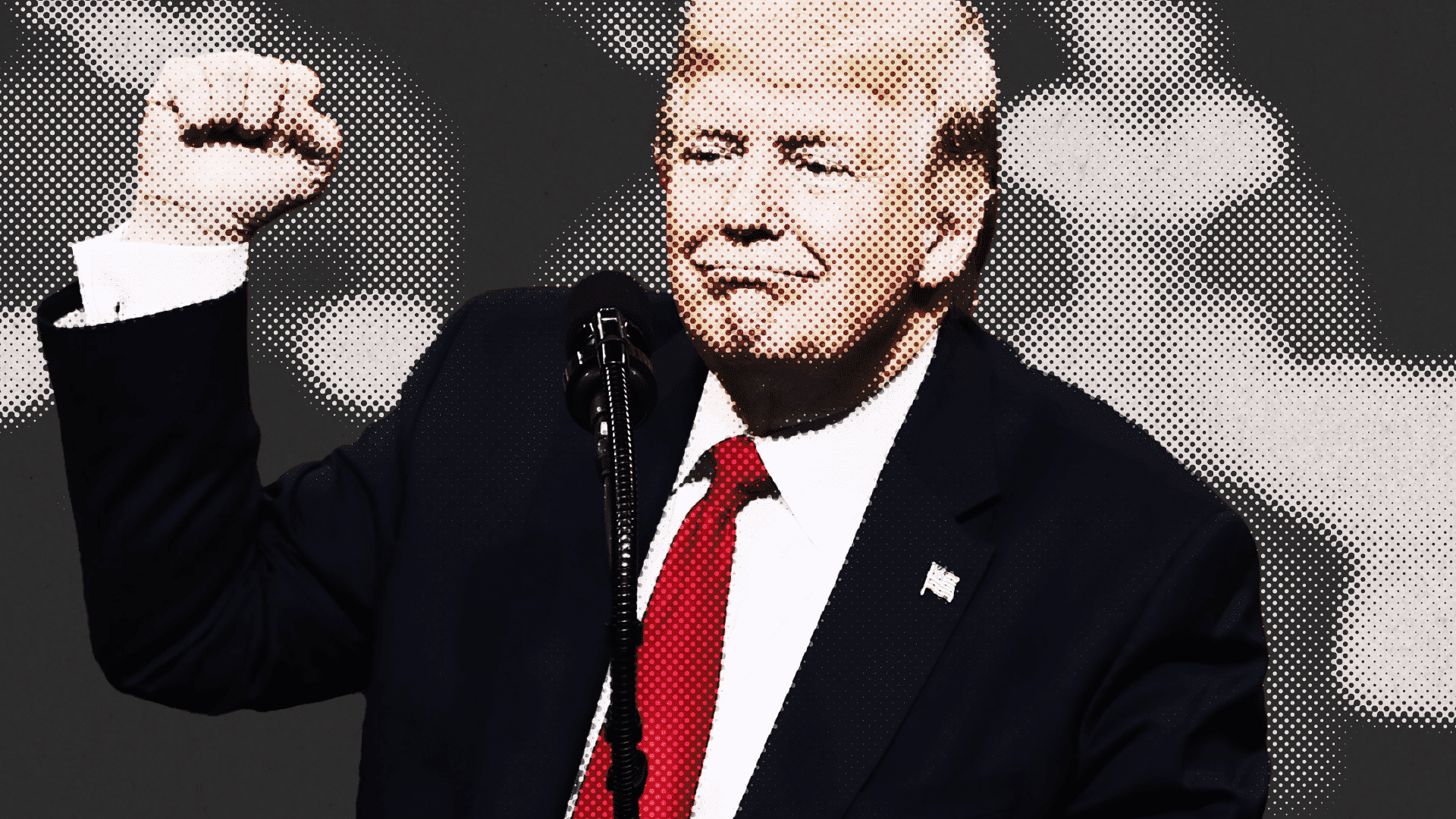 On a recent podcast, I answered the question of how you make a modern-day liberal feel torn by internal conflict. You give them something that can make them feel the emotions of love, hate, and fear simultaneously. What sort of event could possibly trigger each of those potentially self-destructing responses? The answer is a Donald Trump for Congress 2022 campaign.

Everyone thought that Adams would retire, but his love for the country and his disdain for Jackson led him to run for congress in the 1830 midterms.

For anyone who says, “Charlie, you can’t go from being President to being a member of the House of Representatives,” let me assure you that you can. For anyone who then says, “but, Charlie, that idea seems awfully far-fetched,” let’s look back in American history to when it actually did happen. I’m not a fan of saying history repeats itself, but there is value in looking at history for both proof and precedent.

John Quincy Adams was the sixth President of the young United States. He was also the son of one of America’s most important founding fathers, John Adams. In 1824, in what was a bitterly contested election, Adams was actually elected President by the House of Representatives after a general election between him, Andrew Jackson, and others failed to yield an electoral college winner. Adams took office in March of 1825 where he served with distinction before losing to Jackson in the 1828 rematch.

Everyone thought that Adams would retire, but his love for the country and his disdain for Jackson led him to run for congress in the 1830 midterms.  He remained an outspoken member of the chamber until 1848 when he suffered a stroke on the floor of the House, which took his life.

There is a split right now inside the Republican Party, the face of which, on one side, is the never-Trumper Senator Mitch McConnell. An emerging supporter is on the other: Congressman Kevin McCarthy. One side says the party has to move beyond Trump; the other side says that it is necessary to continue to embrace the ideas he brought to Washington and for which roughly 75 million energized Americans voted in 2020.

I think the McCarthy approach is the smarter of the two.

The question is, what can you do to energize those 75 million Americans, especially for the midterms where turnout is always less, when many of them feel as though the system just stole an election? They are discouraged about participating in what many feel is a rigged process. They have anger and energy to harness and channel into something positive. What could it be?

Trump for Congress 2022! Donald Trump declares his candidacy, asks voters across the country to turn out and elect him a Republican majority in the House, and launches a simultaneous campaign to become Speaker of the House once elected. Imagine, Donald Trump second in line to the Presidency and forcing President Biden-Harris-Biden to negotiate with him in order to pass legislation. The “Art of the Deal” evolves into the political “Art of War.”

I said at the beginning that I had the answer to making liberals feel love, hate, and fear simultaneously. How does a Trump candidacy accomplish this? The hatred and fear are easy to understand. The “love” is a little more nuanced.

That liberals hate Donald Trump requires almost no clarification. We have never seen anything like the attacks waged against him from 2015 forward in all of American history (including the vitriol between Adams and Jackson). The term “Trump derangement syndrome” got coined, and I actually know of psychiatric professionals who have treated patients for it, even though it is not yet referenced in the DSM-V.

With regard to fear, unlike in the case of the two House impeachments of President Trump, the evidence is clear. The second impeachment effort after the election of 2020, the one for a “trumped-up” charge of inciting insurrection, which even an average third grader could distinguish as preposterous, was an attempt to make it impossible for him to run for President in the future. An intellectually vapid Democrat party does not want to have to face his charismatic and energized political presence at the ballot box (or mailbox) ever again. The impeachment gambit failed, and that presidential candidacy door remains open.

Finally, regarding “love,” in a recent interview, international globalist, farmer, billionaire, and total control-freak Bill Gates said that Donald Trump should “probably be allowed back” on social media. Did comrade Gates say this because he suddenly has found love and forgiveness in his heart and wants to build bridges with the former President? Not a chance. Bill Gates knows what CNN knows, what MSNBC knows, what angry Hollywood celebrities know. That is that they are not relevant without having Donald Trump around to hate and pick-on.

They would love the idea of a Trump candidacy because it would give them a sense of purpose and meaning.

There is no way in presenting this idea to not have a bit of fun with it and chide the other side for its petulance and its excesses. That needling aside, this is a very serious idea that could help to save the Republic from the direct frontal assault it is facing, and that is well underway, led by a Democrat-socialist party that controls the White House and both houses of congress. Donald Trump has a following, he has money, and he has ideas. Each of those, when combined, poses a serious threat to the Democrats’ collectivist new world order.

There are many who suggest that the former President should simply campaign for MAGA-type candidates across the country in 2022 and keep his own candidacy powder dry. It is even technically possible that he could be elected Speaker of the House without actually being a member of the House. While that is theoretically possible, it is not going to happen. Trump being elected in a newly drawn Florida congressional district that is very, very red, however, is not just possible, it is a near-political lock.

Donald Trump made modern American political history when he stepped directly out of civilian life, with no political experience, and became President of the United States. He now has a chance to make history again. He can become the first American ever to:

None of this absurd; it is simply unconventional. Donald Trump’s entire business and political career to this point have been unconventional. He was made to take on this challenge. What better way to energize Americans who love their country in an off-year election than to give them another chance to support the man who made them feel America was great again?