Reddit Investor Revolt: A Gift Waiting for Republicans To Open. 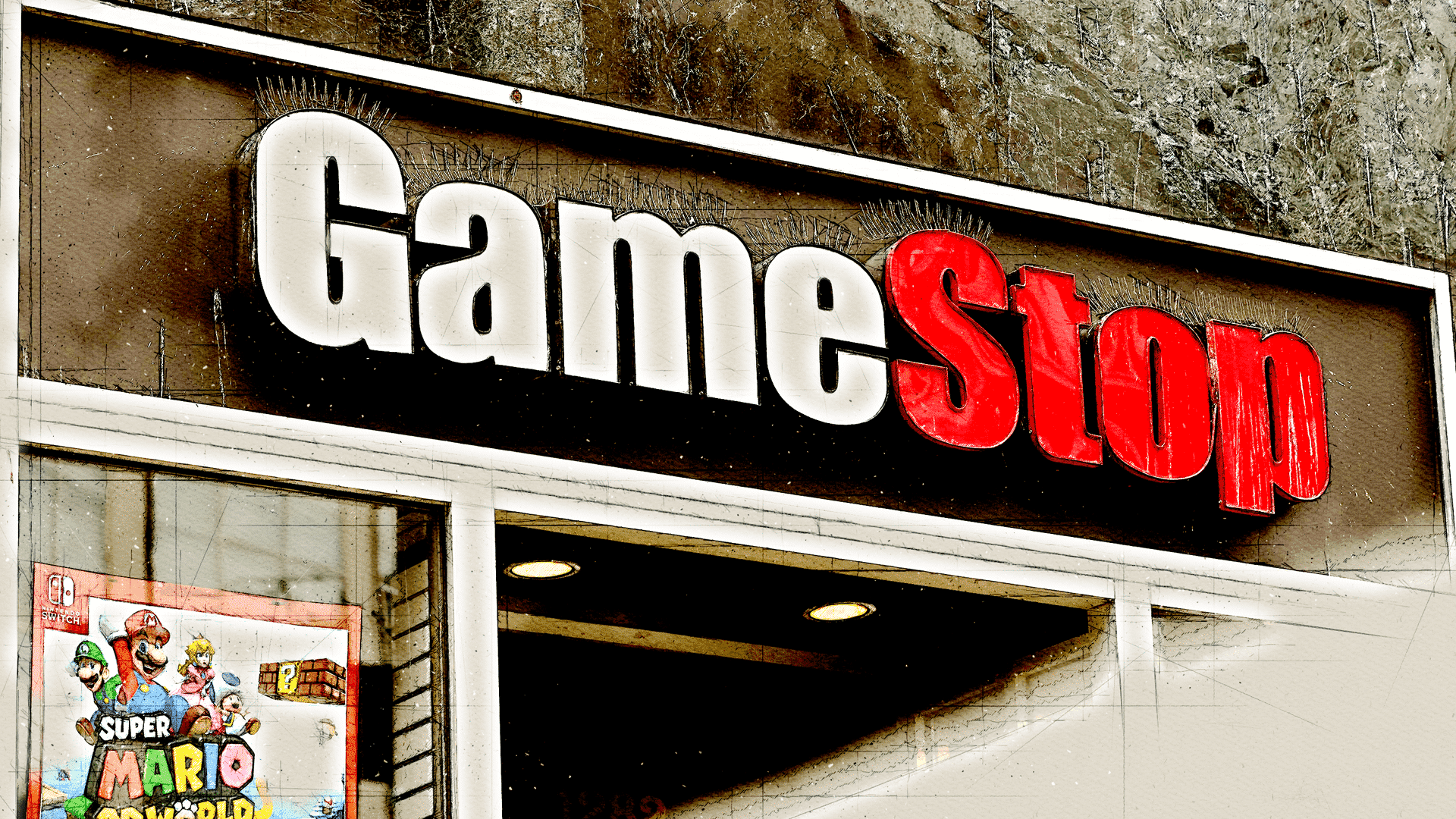 “I’d burn it all down just to spite them” — Unidentified Reddit member, January 2021

The Republican Party is perpetually locked in a figurative focus group process of asking the question: How do we reach and win back working-class voters? In the spirit of “unity” and cooperation, allow me to offer them an answer: Why don't you try listening to them?

A big story this past week was the David-versus-Goliath battle between individual investors and large Wall Street investment banks and hedge funds. The sling and the rock used against the financial Philistines in this instance was the communication platform, Reddit, and the group-inspired, semi-coordinated mass buying and holding of shares of Game-Stop, AMC, and Blackberry. The actions of this widely dispersed group of citizens—many of them in their 20’s and 30’s—has led to suspended trading, demands for federal investigations, and the loss of billions for prestigious hedge funds like Melvin Capital.

Only, in this instance, a group of private citizens came together and said, “not this time.”

Because the story involves complex financial markets and instruments, it is hard for the average American consumer of news to grasp fully. Allow me to oversimplify for the purpose of this commentary. A group of large Wall Street masters of the universe decided to make a bet that the stocks of the three above-named firms were going to drop significantly. In unison, they did what is known as “selling short” these stocks.

Selling short is as simple as it is complex. It is the trading tactic, used typically by large investors, to agree to sell a stock today and then buy the stock later. In other words, you sell it before you buy it. You do this when you think the value will decline. So if I sell today at $10 per share, I am betting that the stock will drop in market price, to maybe $5 per share, in some reasonably short period of time. I then buy the stock I already sold, making a profit of $5 per share before any attendant trading costs.

When large investors take these sort of “short positions” in the market in a sizeable enough amount, they actually can help to cause the event they are predicting by generating a sort of market “worry” about the stock the experts are betting on to decline in value. That is what seems to have been an intention with Melvin and others in short selling Game-Stop, AMC, and Blackberry.

Only, in this instance, a group of private citizens came together and said, “not this time.” A concerted effort to buy and hold the stocks of these companies, thereby driving up prices, made it impossible for investors to buy the stocks they had already sold at a lower price. Using my example above, instead of selling at $10 and buying at $5, they are being forced to buy at $20!

This has meant losses in the billions for the large Wall Street funds.

Much has been written speculating as to the motives behind the Reddit-organized small investor action. The stories typically cast the small investors in the role of the villain, while the Wall Street funds managers are being portrayed as the victims. Big business good, individual bad. Isn’t that the position that has been used to stereotype Republicans for generations?

One of the hardest things I had to deal with as a student in Wheeling High School trying to defend private enterprise was that Republicans were the party of the rich and big business, while Democrats were the party of the “working class.” I supported the accumulation of wealth, but the ever-growing income gap in our country, coupled with the stereotype that Republicans were all Gordon Gekko “greed is good” types, made it seem as though I was defending an unfair model.

The problem was that I didn't yet fully understand the true structure of the operating model. I thought it was business versus government. In reality, it is big business and big government (the ruling class, the aristocracy, if you will), versus the average American citizen. And coming to that realization allows me to frame the events of the past week more effectively.

INDIVIDUAL INVESTORS, SINGING THE SONG OF ANGRY MEN (AND WOMEN)

Here is what the real motivation is for the 20-30 somethings behind the Reddit investment revolt: they want somebody to pay attention to them. If the Republican party is smart, and that seems to be a hypothetical at this point, they will bring together a major group of party leadership members and hold a press conference. What will their message be?

This Reddit uprising is literally a gift that Republicans, to this point, and with a few exceptions, are unwilling to embrace. Donald Trump energized America by being the first Republican to run against Wall Street. His campaign slogan of “Make America Great Again” could just as easily have been “Big is Bad.” He stood up for everyday Americans, middle-class Americans, working-class Americans, and “muscular class” Americans, against large power structures like big government, big business, big unions, and big money.

The Reddit investment rebellion is just the latest chapter. Others to-date include the Tea Party movement, Occupy Wall Street, and the MAGA insurgence.

Many Republicans are living in an illusion. They think that now that Donald Trump has been banished to southern Florida, his followers are going to fall back to sleep. They think that if they just shelter in place long enough, like during a bad storm, the political climate will settle back into calmer, Chamber Of Commerce-friendly times. The kleptocracy that has been the Republican Party needs to understand going back to the old days of lining their proverbial pockets with the spoils of power, privilege, profit, and prestige is not going to work.

For them to think otherwise is to believe pure fiction. The movement isn’t going anywhere. Smart Republicans need to notice that there is an opportunity to grab a political surfboard and ride the populist wave—one that is saying, in one loud voice, “enough!”

Actually, “enough” is not strong enough. What is really happening is that there is a book that is being written by the average American citizen. The title of the book is “We Hate You.” The Reddit investment rebellion is just the latest chapter. Others to-date include the Tea Party movement, Occupy Wall Street, and the MAGA insurgence. Each of these chapters contains a theme of “sticking it to the man.” Each one makes it clear that the writers are saying, “you lie to us.”

Let’s face it; Republicans need a fresh start. January has been a really bad month for us, perhaps the worst since I started my political activism. We lost two Senate seats in Georgia. We had the January 6th tragedy at the Capitol building that gave our opponents ammunition to silence us. We had another impeachment effort launched against President Trump. Joe Biden was sworn into office. Tens of thousands of us were displaced from major social media platforms, including the leader of the new populist movement, Donald Trump, himself.

Behind Joe Biden, the Democrats have become the party of Wall Street.

As an aside, how different this past week might have been had former President Trump been able to use social media to put pressure on Republicans to stand up against Wall Street? Instead, the originator of this new populism has been relegated to issuing press releases from the “office of the former president.” We may have lost his voice, but clearly, the people are finding theirs.

This moment is a gift. Behind Joe Biden, the Democrats have become the party of Wall Street. They actually are what Republicans used to be accused of being. Senator Elizabeth Warren, she of democratic socialist fame, is calling for the Feds to investigate the individuals behind the stock buying. Bernie Sanders is nowhere to be found, perhaps wintering in Siberia given his professed love for Stalin’s Soviet Union. In defending the hedge funds against the Reddit rebels, Democrats are defending a corrupt big money system against the average American.

Republicans you've been given a great gift. Open it. It is perishable in nature. If you let it go to waste, it will be picked up by the extremists in the ever-growing socialist movement in this country. If they get ahold of it, we might very well see a revolution that will make 1917 Russia look like Woodstock. There is anger and hatred in the air. It won’t go away on its own. It can be channeled as a force for good, or for evil. The opportunity for good lies squarely in the hands of the Republican Party.