Failure to Contain Big Tech is the Biggest Failure of 2020. 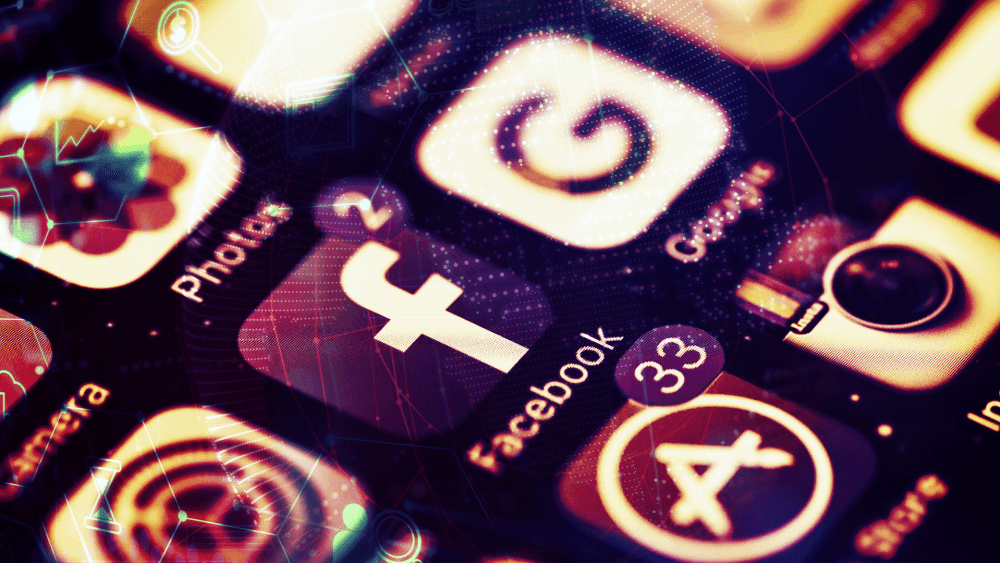 I’ve waited through the weekend for nearly every major publication and most of the noted opinion writers to weigh-in on their thoughts about 2020. Many have hit on the obvious themes: the Chinese coronavirus pandemic, George Floyd and race riots, the fake Ukraine impeachment scandal, and, most recently, election fraud. I’d like to take a different route and offer, instead, my thoughts on what the year 2020 (now hindsight) wasn’t.

It wasn’t the year we did something substantial about Big Tech and the incredible influence and control it has established over our individual and collective lives.

My friend, Senator Ted Cruz, said in an interview on Saturday while he was campaigning in the Senate races down in Georgia (races where Facebook recently disabled the Republican fundraising pages) that Google was “the most dangerous company on the face of the planet.” He singled out Google because “[I]t’s the biggest by far. It is the most powerful by far. It controls the vast majority of searches people do.”

In the same interview, Senator Cruz referenced the 2019 testimony of Dr. Robert Epstein before a Senate Judiciary Subcommittee on the Constitution. Dr. Epstein suggested that Google’s manipulated search results shifted 2.6 million votes to Democrats in 2016, a phenomenon known as the “Search Engine Manipulation Effect.”

While many people still hold in doubt the true results of the 2020 Presidential Election, and regardless of the eventual outcome, the power of Big Tech is now consolidated and complete. 2020 was the year that Silicon Valley boldly and broadly made it clear they would not even attempt to hide their true intentions: to control America, both in terms of what issues need to be promoted or suppressed, and what discussion would be permissible regarding those issues.

BIG TECH HAS A HOLD OVER OUR RULING CLASS OF POLITICIANS

There were various events and legal proceedings that happened throughout the year that, at a glance, give the appearance that we are trying to do something to affect Big Tech’s control. Thirty-eight states brought suit against Google in mid-December for suppressing search results and harming smaller competitors and consumers in the process. Earlier, in October, the Justice Department launched its own antitrust suit against the “most dangerous company” for violations of the Sherman Act. (It will be interesting to see if a Biden-Harris-Biden-directed Justice Department will continue to zealously pursue the case, however, considering that Google’s activities, according to Dr. Epstein's research, tends to assist Democrats over Republicans.)

They own the platforms. They get to set the rules of the game.

Congress also has held multiple hearings to investigate (also known as sermonizing) Big Tech. Over the course of 2020, various committees have heard testimony from Sundar Pichai (CEO of Google, its parent company Alphabet Inc., and the world’s largest streaming platform, YouTube), Facebook’s Mark Zuckerberg, and Twitter’s Jack Dorsey. Dorsey famously testified twice in a period of 30 days, first saying (on October 28) that Twitter “did not influence elections,” and then again, on November 17, when he acknowledged that Twitter's suspension of the New York Post’s Twitter account, and the resulting suppression of the Hunter Biden story “was a mistake.”

Dorsey might well have said, “Gosh, sorry our deliberate choices and control of content changed the course of human history. Let’s try to move past it.”

Most recently, President Trump tried to get Congress to repeal what is referred to as Big Tech’s Section 230 immunity. His effort failed when his veto of the Defense Authorization Act was overridden. While revoking of Section 230 protection is not the be-all and end-all of solutions to Big Tech’s monopoly that some have suggested (its repeal would likely lead to a proliferation of litigation and some unintended consequences), the failure of Congress to act, once again, demonstrates the true hold that Big Tech has over our ruling class of politicians.

During the last several months of 2020, when I was barnstorming the country and speaking in front of a wide range of audiences, I would frequently make the point that Big Tech had more power over us than the audience even realized. I would use the example of saying that if the FBI barged into our auditorium at that very moment and stopped our event, seized all of our phones, and deleted all of our content, we would ultimately find ourselves in front of a judge who would deem those actions by a government agency to be unconstitutional.

However, I would then point out, if Google, Facebook, and Twitter decided to censor and take down all our posted and shared content from that event, they would actually be acting within their First Amendment rights. Before a judge, they would win. They own the platforms. They get to set the rules of the game. They have more power to control us than does the FBI, Homeland Security, and any other agency of government you want to toss in.

Imagine what Big Tech was were able to do in 2020, and how it impacted not just the election in November, but the entire content and direction of public conversation and debate within the country:

Without the ability to freely exchange information and ideas, there can be no freedom.

The world we are now living in is a world that is being defined by Big Tech giants. They are deciding what the issues are, what the policy solutions are, and what conversations can be had around both. Without the ability to freely exchange information and ideas, there can be no freedom.

People occasionally compare what has been happening in the U.S. recently with what we saw in Eastern Europe under the Soviet Union’s dominance. The situations are not the same. In that instance, the government controlled the media. Had there been social media at the time, they certainly would have controlled that, too. In this case, Big Tech, not the government, is deciding what happens. The Silicon Valley masters of the universe are in charge, and the ruling class are the puppets and the beneficiaries of their actions, not the owners.

That is both good news and bad news for “we the people.” The good news is that since the government is not directing the activity, our leaders have the power to step in and fight back on our behalf. The bad news is that the power of Big Tech seems almost too great for them to be willing to stand up against it.

The year 2020 marked the most blatant wielding of Big Tech’s weaponry we have seen to date. Despite the clear and present danger shown to us—very publicly and in real-time—we failed as a nation to do anything to address it. Now, with a new administration close to stepping in, we may have lost our moment.

It is time to recognize the Big Tech power brokers for what they have become: providers of a public utility. Just as heat and electricity are essential to our physical survival, unfettered communication is essential to our survival as free people. Recognizing them for what they are would be the first step in regulating their behavior. As someone who believes in free markets, I do not suggest this lightly. If the Big Tech giants shared my belief in free markets, I wouldn’t need to suggest it at all.