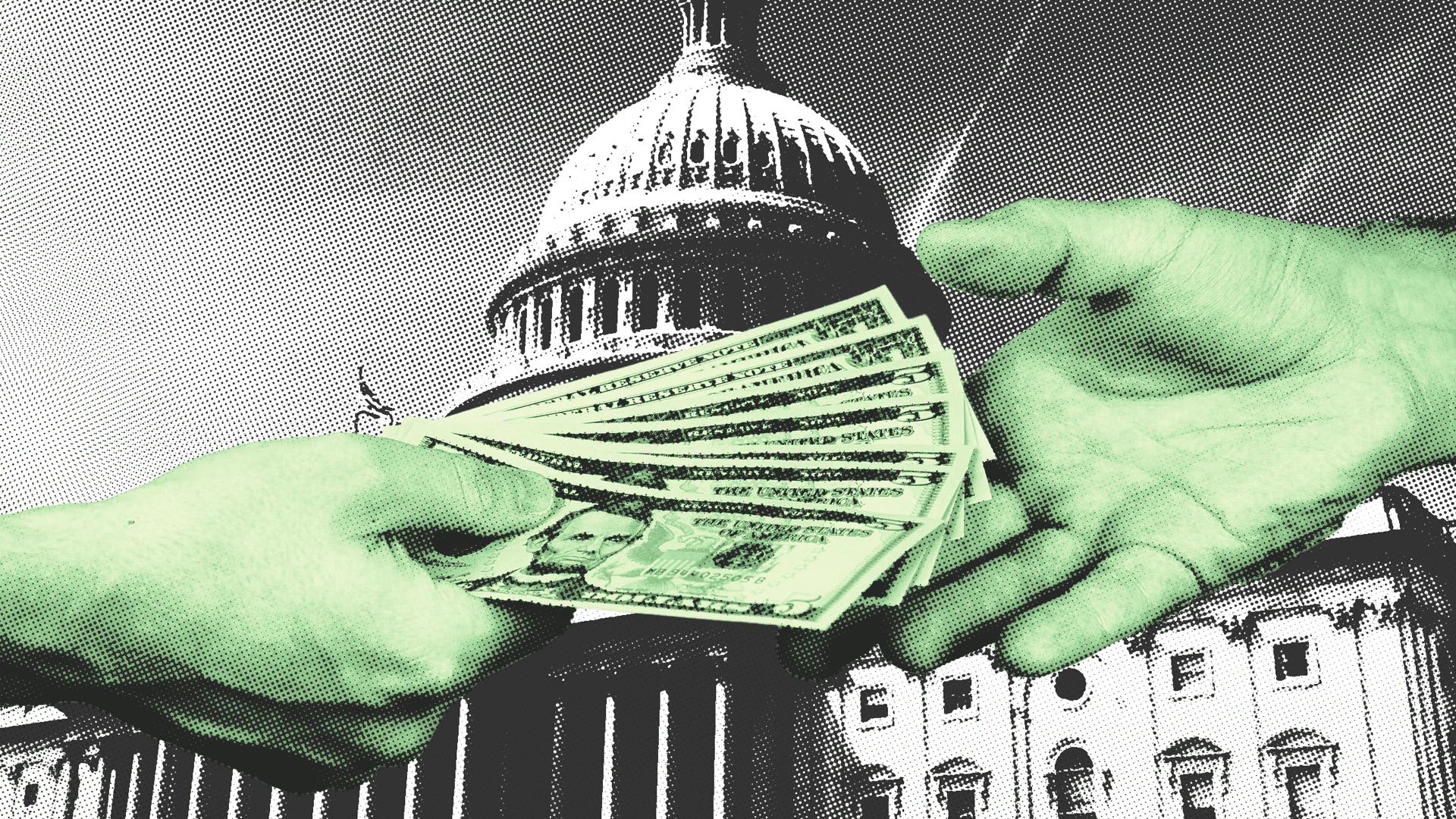 This past week, Yahoo News ran a story with the headline “Big Tech and Big Law Dominate Biden Transition Teams, Tempering Progressive Hopes.” The point of the piece was to indicate that right from the start, the planning-to-be Biden administration is aligning itself with large corporate interests, placing it at odds with the more Marxist goals of Bernie Sanders, AOC, and the rest of the crowd that would like to facilitate the move toward the true “beginning” of history—a communist America. (I have written about this previously in Human Events.)

The idea that the people inside that group are somehow not controlling enough to satisfy “The Squad” or the mob at a Bernie Sanders’ rally seems impossible to Trumpians, who love first principles and a strong America.

The story mentions, by name, Brandon Belford of Lyft, Mark Schwartz of Amazon, and Tony West of Uber. The use of attorneys from big national and international law firms is also highlighted.  It points out that many of the people currently surrounding Biden had ties to the Obama administration, and then went on to make both a name and lots of money for themselves in corporate America. In what can only be considered illogical by a supporter of President Trump, the Yahoo writer contends that the Obama folks just weren’t collectivist enough for today’s “progressives.”

The Trump nationalist-populist movement came in response to eight years of an Obama administration trying to fundamentally transform the American political and economic architecture as designed by our founding fathers and codified in our Constitution. The idea that the people inside that group are somehow not controlling enough to satisfy “The Squad” or the mob at a Bernie Sanders’ rally seems impossible to Trumpians, who love first principles and a strong America.

The confusion takes place because Americans have become used to so many terms being flippantly tossed around that they have lost track of what they mean, and, as a result, it makes it harder to understand the true forces that are at work inside our nation.

Here is the question you might want to ask: How can it be that a Trump-supporting Charlie Kirk and a bunch of anti-American Marxists of AOC’s ilk be worried about the same thing happening in America when we have such completely different ideas as to what is the best way to organize political and economic activity? The answer lies in understanding terms and identifying the different political movements and currents running through our nation.

They favor a union between an immensely powerful central government and a handful of very powerful large corporations that can be consolidated to design and implement national political and economic “plans.”

First, let’s be very clear: Team Sanders/AOC and Team Biden/ Harris are both socialist teams. The difference between them is that Sanders and AOC see socialism as a stage before a “true communist society” (the way Marx saw it and the way the socialists of his time saw it). Biden and Harris, meanwhile, see socialism the way that it came to be seen in Fascist Europe in the 20th century by people like Mussolini and Hitler. In short, Team Sanders/AOC sees socialism as an interim step, while Team Biden/Harris sees it as a permanent resting place.

The term “progressive,” which has evolved over time, and took its current meaning right around 1900, is really just a euphemism for people who want to use government to step in and manage most-to-all aspects of everyday citizens’ lives. In this sense, both Sanders and Biden are progressives. Both favor using centralized government for engineering what takes place inside our country—a big patch of common ground between the two. That is why people like AOC and Sanders could get behind Biden and Harris during the general election. They agreed on at least that much.

Here is the difference—and why the reporter at Yahoo News was alarmed. Biden and Harris are socialists in the same way as were members of the National Fascist Party of Mussolini and as their contemporaries in Germany, the National Socialist Workers Party (Nazi) were. They favor a union between an immensely powerful central government and a handful of very powerful large corporations that can be consolidated to design and implement national political and economic “plans.” You will see this take shape in Biden’s administration in the form of climate policies that give established companies in the automotive and energy industries generous subsidies for “green’ initiatives; banking regulations with which only large institutions can afford to comply; and the protection of the large social media companies from any sort of regulatory interference in exchange for prompting Biden policies and silencing dissent.

These socialists see this as a permanent arrangement, with the principals of both big business and big government gaining power, profit, privilege, and prestige while the masses (or proletariat) enjoy a subsistence sort of mediocre life protected by the government. This is the kind of arrangement about which I have been warning people for quite some time, and which concerns the socialists over at Yahoo News. While I’m sure you share my concerns—what exactly are the yahoos at Yahoo News concerned about?

Sanders and AOC are true Marxists. Marx never saw socialism as a permanent state. On the contrary, he saw the socialist period as one marked by official policies to level incomes and gradually take control of the means to production, coupled with a strong organized labor movement, as a transitioning phase away from capitalism and toward the utopian world where everyone owns everything and nothing simultaneously. Things get produced sort of magically by everyone doing their own thing, their own way, following their talents and passions. It is a kind of Woodstock, but with assembly lines.

Team Sanders does not see us stopping at socialism. Team Biden, however, is perfectly content with stopping at socialism and creating a sort of permanent class of American oligarchs, composed of both corporate leaders and political leaders. Together they can set goals, direct policy, decide what is and isn’t permitted, all the while profiting from every decision. It is a sort of modern-day feudalism where industry leaders are given various territories to oversee by the crown in exchange for loyalty and service.

This is both the threat to America and the hope for it at the same time. This past election, over 78 million voters said “yes” to socialism. That is a terrible thing to have happened in a country founded on the ideas of John Locke, Adam Smith, and the other great minds of the Enlightenment who believed in natural law and limited government. A vote for Joe Biden was a direct vote against America as designed and intended.

The good news is, roughly half or more of the people who voted for socialism don’t even realize they did because either they don’t understand it, or they were simply voting against President Trump. Further, of the other 39 million people or so who deliberately voted for socialism, perhaps half voted for it Biden-style, and half voted for it Sanders-style. The first group of Biden voters—the ones who knew not what they were doing—are reachable by us freedom-loving Americans with the right message and policy ideas. The second group is going to be at war within itself, fighting over which kind of socialism is best, with neither side willing to yield to the other.

Trump voters have clarity and purpose. Biden voters? Well, they have a problem. We need to work on reaching the half of them or more who can be engaged, while keeping our hands away from the mouth of the cannibalizing socialists who are already beginning to feast on one another.